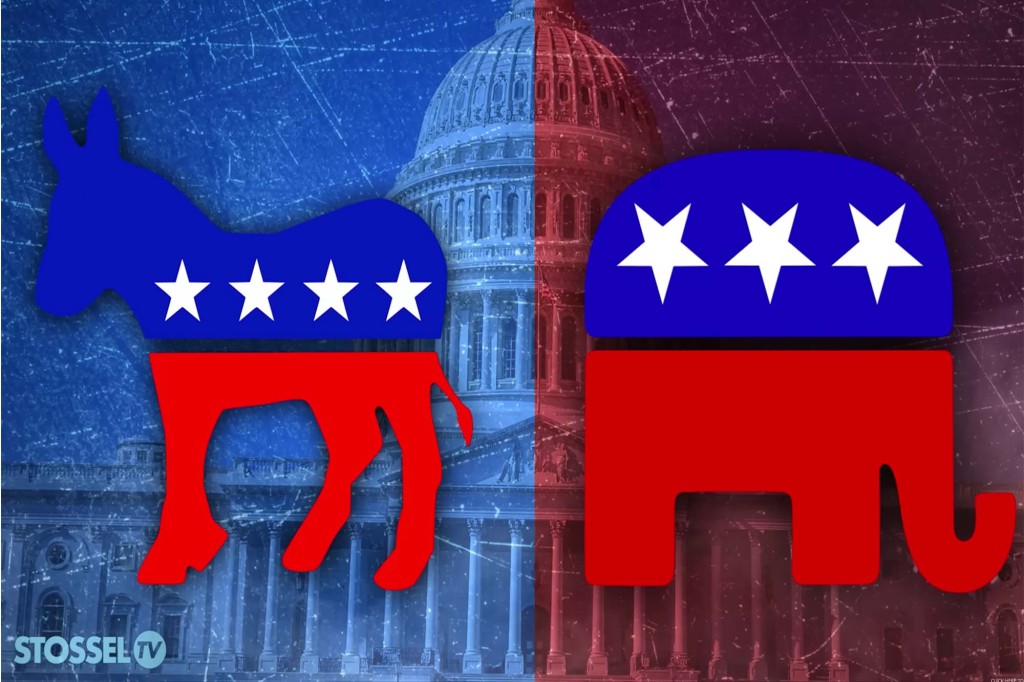 Why are you a conservative? Or a libertarian, Republican, Democrat, socialist?

How do people come to such different conclusions? We like to think that our politics are formed by rational analysis. We analyze what conservatives and liberals write, weigh their ideas and form conclusions based on facts and evidence.

But it turns out something else is probably going on. I can predict your political party pretty accurately if I just know what you do for a living.

Here’s why I say that: When you give money to a political candidate, the government requires that candidate’s campaign to ask you what your profession is. That information is turned over to the Federal Election Commission.

Verdant Labs took that data and made an infographic that shows how people’s professions predict their politics.

Eighty-nine percent of people who work in the fossil-fuel industry donate to Republicans. Teachers mostly (79%) give to Democrats.

Sixty-four percent of flight attendants give to Democrats, but pilots (62%) prefer Republicans. Why?

Keep up with today’s most important news

Stay up on the very latest with Evening Update.

In my new video, Rob Henderson, who studies the psychology of politics at the University of Cambridge, tries to explain.

For pilots, he says, “Their job is whether they take off and land and everyone’s alive. Whereas for flight attendants, their job is more reliant on, ‘How do people feel about you?’ ” Those differences lead them to different political parties.

“People on the right tend to be more conscientious, more interested in punctuality,” says Henderson. That could explain the pilots and business owners.

Psychologists overwhelmingly give to Democrats (91%), while people in the military favor Republicans (60%).

Henderson has lived in both of those worlds. “I’m a doctoral candidate in psychology in Cambridge,” he says. “Before, my life was a lot different.”

Henderson served eight years in the Air Force. There, he says, most of his colleagues were conservative, and he was sometimes teased for holding a liberal position.

“It was all good-natured,” he says. “Someone can hold different views but still be a good person.”

But now in academia, he says the politics is not good-natured. He sees lots of hatred. He thinks it’s because increasingly, the left and the right don’t mix. Recent surveys do show that now 80% of us have few or no friends across the aisle.

It is hard to be friendly with people you never meet. At colleges today, there are few conservatives. One study of professors found 12 Democrats per Republican. In sociology departments, it was 44 to 1. In communications, 108 to zero!

“People have no Republican colleagues, no conservative or libertarians that they interact with day to day,” Henderson says.

Spending no time with people who think differently does make it easier to hate them. To understand the other side, shouldn’t we talk to each other more?

That’s what I try to do with my videos — bring both sides together to argue. Then they learn a little about the other side.

Many still hate each other anyway.

Though bartenders overwhelmingly donate to Democrats, beer wholesalers (78%) prefer Republicans. And though most truck drivers give to Republicans, taxi drivers (85%) give to Democrats.

Why? I have no clue.

Architects (74%) prefer Democrats, while home builders (77%) prefer Republicans. That one I get; builders hate dealing with Democrats’ stupid regulations.

Can you explain it? If so, please explain it to the rest of us.

John Stossel is creator of Stossel TV and author of “Give Me a Break: How I Exposed Hucksters, Cheats, and Scam Artists and Became the Scourge of the Liberal Media.”

Oct. 6-9: Lively arts, music, shows and entertainment in and around Manchester