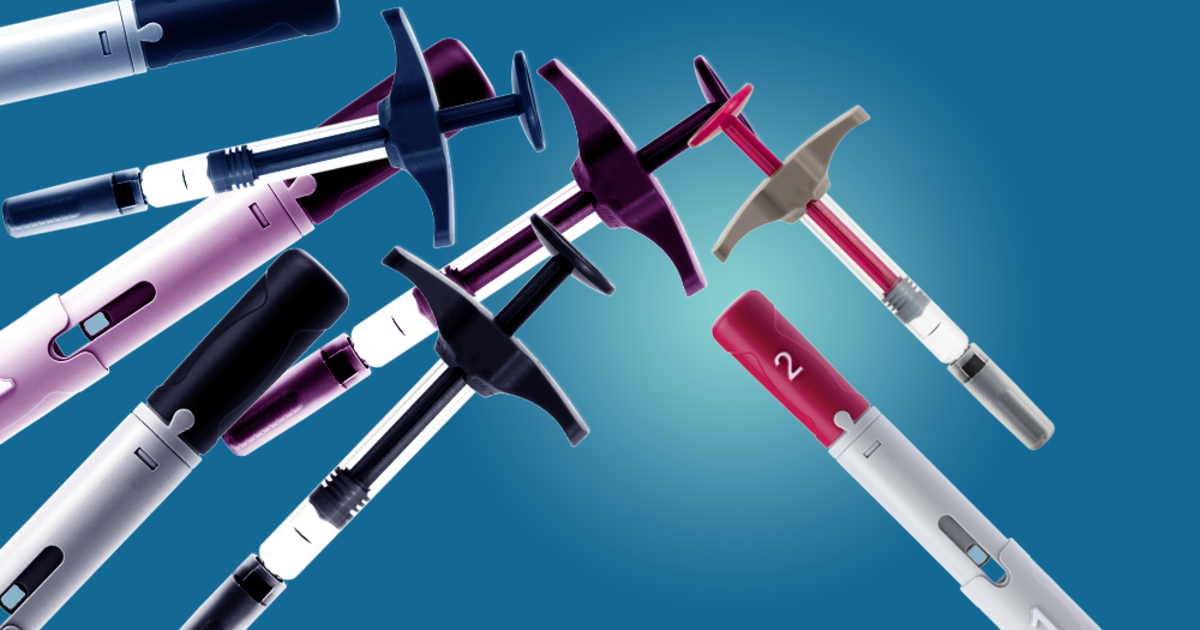 Several biosimilars for the world’s top-selling drug are slated to hit the market next year, but the potential billions of dollars in savings may not materialize until at least 2024.

Humira, the rheumatoid arthritis and anti-inflammatory biologic that has netted AbbVie nearly $200 billion in sales, has benefited from nearly two decades of exclusivity, allowing the manufacturer to hike the price 470% since the drug was introduced. The monopoly will end with the introduction of several Food and Drug Administration-approved copycat versions slated to hit the market in 2023, and more are on the way.

It is estimated that Humira’s biosimilars will save the healthcare system about $5 billion a year, cutting costs for providers and patients. Biosimilars will likely be about half the price of Humira, which is $84,000 for a year of treatment.

But AbbVie may manipulate the rebates associated with Humira to limit competition and the potential savings from lower-cost biosimilars.

“The system is so addicted to having rebates offsetting costs and lowering premiums that it becomes a barrier to competition,” said Wayne Winegarden, director of the Pacific Research Institute’s Center for Medical Economics and Innovation, a California-based nonpartisan think tank. “Even though biosimilars have generated significant savings, the system is stacked against quick adoption.”

Brand-name drug and biologic manufacturers offer steeper discounts—calculated as a percentage of a drug’s list price—on the condition that they hold a preferred or exclusive position on a payer’s formulary. Formularies represent payers’ medical benefit policies to determine which prescription medications they will cover.

So-called “rebate walls” can incentivize insurers and pharmacy benefit managers to block patient access to lower-cost biosimilars since biologic manufacturers threaten to stop paying rebates if a rival drug is featured on their formulary.

There are six FDA-approved biosimilars for Neulasta, which treats low white blood cell counts caused by cancer medicines. Salt Lake City-based University of Utah Health has had to stock each biosimilar due to payer preferences, said Erin Fox, senior pharmacy director at University of Utah Health. Since the products are not interchangeable, it has had to build each as a separate product in its electronic health record.

“Usual formulary processes where you select a few products from a large number don’t work right now due to payer decisions dictating the products they will cover,” she said. “We have no way of selecting a smaller number of products to reduce the workload.”

The IT administrative work for an injection like Humira won’t be as complicated as infusions, but hospital pharmacies will still have to carry multiple products, Fox added. Clinicians will also have to navigate multiple patient-assistance programs because even a biosimilar is unaffordable for many, she said.

Nearly 30% of hospitals surveyed this year by the group purchasing organization Vizient said the uptake for Humira biosimilars will lag the adoption rate for biosimilars of the rheumatoid arthritis drug Remicade, according to a report published in August. The top two reasons were payer formulary placement and a lack of interchangeability, a designation the FDA grants so biosimilars can be substituted without the approval of the original prescriber.

“There are significant barriers to overcome. It’s not like one biosimilar is introduced and everyone switches,” said Steven Lucio, senior principal of pharmacy solutions at Vizient, adding that an interchangeable biosimilar is not necessarily better. “Payers have a big influence. That is why we are looking to 2024 for the realization of more of a financial impact.”

Hospitals pharmacy managers should work with their managed care colleagues to boost adoption rates, Lucio said. Managed care leaders can ask payers certain questions during negotiations and share more detail with pharmacy managers about patients who can switch to biosimilars and which ones are on financial assistance, he said.

“Understanding interchangeability is going to be an important element initially,” Lucio said.

AbbVie may offer higher rebates to payers on its other branded and biologic drugs to keep Humira in a preferred formulary tier, said Saket Patel, an associate consultant of advisory services at the pharmaceutical consultancy Managed Markets Insight & Technology.

AbbVie did not respond to a request for comment. On a July earnings call, executives said they expect an interchangeable Humira biosimilar to hit the market by the summer of next year.

“The strategy that we’ll have in the U.S. is similar to the strategy that we had internationally, and that is maintain as much volume as we can at the highest level of profit that we can maintain it at. And that is the logic that we will employ. But that doesn’t mean we won’t have to be somewhat responsive to prices in the marketplace on Humira,” AbbVie CEO Richard Gonzalez said on the earnings call.

“There is some hesitancy from patients who associate a drug of less value with being less effective,” she said. “Overcoming that perception will be a big barrier, which is why we are educating patients and pharmacists on educational gaps, prior authorization policies and payment.”

Biosimilars for Humira and the rheumatoid arthritis drug Enbrel are expected to make the biggest dent in pharmaceutical spending. But dozens of biosimilars across many types of treatment are set to hit the market over the next several years.

Biosimilar savings could total $124.5 billion from 2021 to 2025, a 2022 study by RAND Corp. researchers estimated. But the savings will hinge on adoption rates and if federal regulators crack down on anti-competitive practices.

The Federal Trade Commission and Congress urged a higher degree of scrutiny of rebate strategies and anti-competitive practices.

“These secretive rebates—which are sometimes quite large and represent a significant source of revenue for drug middlemen—favor larger competitors who can offer or demand bigger rebates and incumbents because of the challenges with switching patients to different drugs. This is not the way competition is supposed to work,” then-acting chairwoman Rebecca Kelly Slaughter said in a prepared statement in May 2021.

Medicare could’ve saved roughly $2.2 billion between 2016 and 2019 after accounting for rebates if FDA-approved Humira biosimilars had been introduced during that time, according to a 2021 study by Harvard University researchers.

“Rebate traps are a concern. Their anti-competitive nature should be studied by policymakers,” said Ameet Sarpatwari, an assistant professor of health policy and management  and co-author of the study.