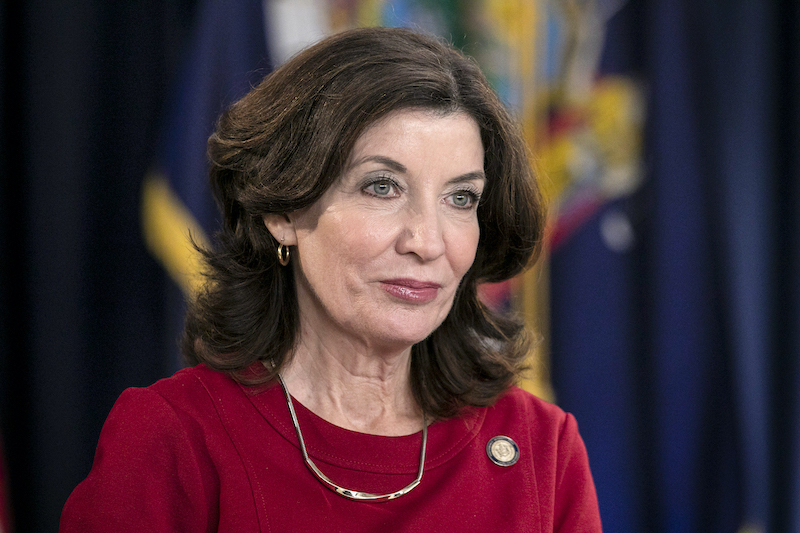 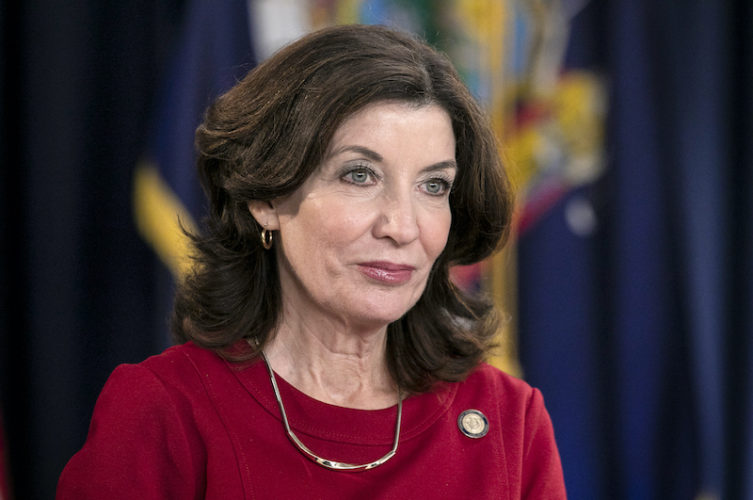 New York’s Kathy Hochul is playing it smart, very smart. As governor, she has moved up to the top spot in state government. Before that, she played second fiddle in the orchestra under then-governor Andrew Cuomo. It really hasn’t been easy for her. She has defied most of the political conventional New York wisdom. She was a Niagara-Buffalo governor which defies the old “you-gotta-come-from the five boroughs” wisdom in the state. She’s the first woman to hold the top office and not only has she attained that lofty perch, she hasn’t let it go. It isn’t only that she’s a woman, but she has demonstrated that she knows how to exercise power and then keep that power. That raises the question of sexism in New York State government. Why has it taken so long to install and keep a woman in the top executive office? She’ll run again and she’ll win again in Democratic New York. Maybe she’s just lucky that she came on the heels of former governor Andrew Cuomo who, himself, shows absolutely no signs of a political resurgence and who left us an appreciation for Hochul, her feminine perspective, and her ability compared to Andrew’s.

Is this new to our New York politics? The answer is yes. One of the reasons why is that males seen in the public mind as capable of governing New York are few and far between. Maybe I’m stereotyping, but I find that in politics, women in power set objectives that are attainable and doable. When I speak to voters and female office holders, I hear language that centers around the attainable in social policy and not the traditional bull-excrement language of lofty promises. It’s almost as if a sigh of relief occurred once Hochul took office. Take it for what it’s worth, Hochul is one of those people who inspires confidence. However, there’s always the risk that people will find themselves bored by this administration’s political language. After all, much of what we hear from the politicians, and especially those formerly steeped in bureaucracy, is policy stuff which is—to many—boring. The people who give us that language find it safer to bore us than to stimulate us. In this society we have come to expect to be stimulated and we resent it when we are not. That’s why so many politicians hire speechwriters who, in so many ways, are nothing more than glorified entertainers.

When people expect to be entertained, they will often be disappointed. Why? Because, in order to be successful, politicians have to satisfy several groups who together will add up to an electoral majority. If even a small fraction of the population deserts the group that elects politicians, individual politicians will lose their offices, and that means loss of salary and perks and prestige. So our politics, like everything else, is all too often framed by the same kinds of people who give us movies and popular music, as opposed to people who are thinking about delivering the best lives for all of us. Is that what we want?

Governor Hochul faces some risks. One of them is that to a public who clamors to be entertained, she neither can nor will be the entertainer. This may be tempered by her gender, but it also deals with the supplication for entertainment. Frankly, there are real challenges here. We know that the egotist, Donald Trump, sees himself as an entertainer. Perhaps that’s why the media pays such ongoing attention to the ex-president who fills our newspapers and electronic broadcasts on such a regular basis. On the other hand, Hochul seems to have arrived at a very good position that leaves people filled with respect for her competence and decency.