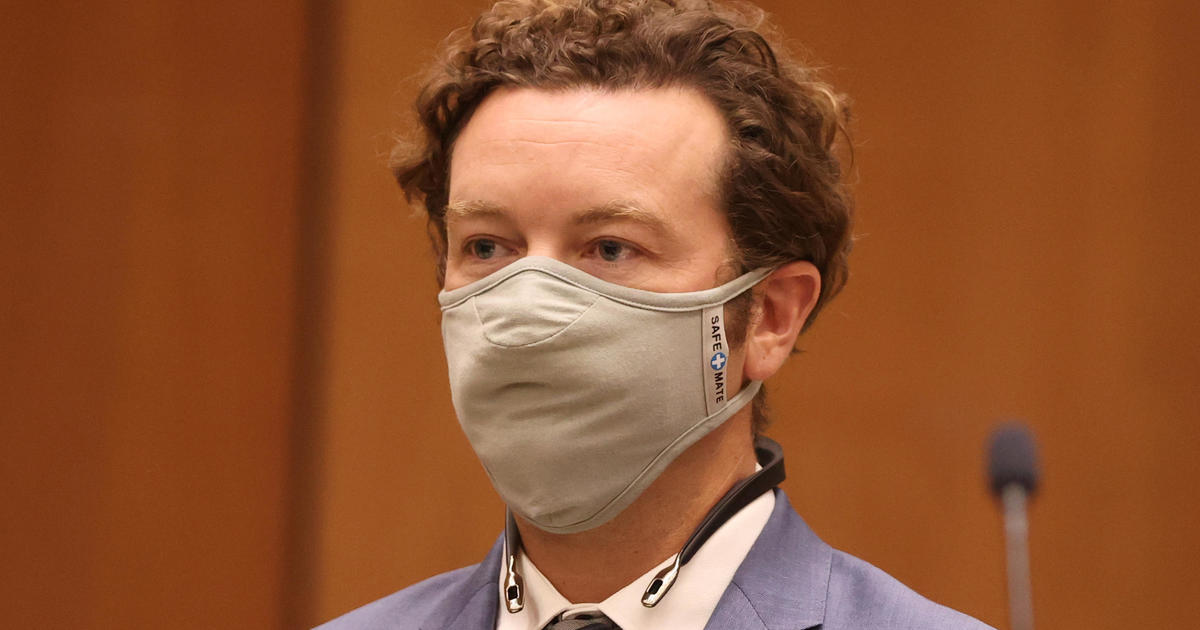 A woman broke down on the witness stand Wednesday while giving graphic testimony about a 2003 night when she said she emerged from unconsciousness to find actor Danny Masterson raping her.

She is the first of three women who say Masterson raped them to testify during his Los Angeles trial. She said at one point she grabbed Masterson’s hair to try to pull him away, but he shoved a pillow into her face.

“I was smothered,” she said, crying. “I could not breathe.”

She said she later grabbed his throat to try to push him away, but he held her down and began choking her.

Asked by the prosecutor what she was thinking at the time, she replied: “That he was going to kill me. That I was going to die.”

By this point she was weeping. After she said, “I can’t do this.” The judge called for a brief break and a court victims’ services advocate comforted her at the witness stand.

When she took the stand again, she testified that Masterson pulled a gun from a drawer in his bedside table and ordered her to be quiet when there was a commotion — and voices — at the door.

She said that, throughout the night, she passed in and out of consciousness despite drinking only about half of a fruity vodka drink Masterson had handed her.

Masterson, 46, is charged with raping the three women in his home between 2001 and 2003. At the time, he was a star of the Fox TV sitcom “That ’70s show.” He has pleaded not guilty to three counts of rape.

His attorney was set to cross-examine the woman later Wednesday or Thursday.

A previous defense lawyer for Masterson contended the three women had each reframed consensual sex as rape.

The Associated Press does not name people who say they have been sexually abused unless they come forward publicly.

Masterson, sitting at the defense table in a suit, looked toward the woman as she testified, but had no visible reaction. His wife, actor and model Bijou Phillips, sat behind him at the front of the gallery, along with several of his family members and friends.

The woman, then 27, was the best friend of Masterson’s assistant and part of the same social circle of Church of Scientology members.

She testified that she had only intended to go to Masterson’s house to pick up a set of keys, and that her relationship had been uneasy with Masterson since the two had sex several months earlier, an incident she told police was consensual in 2004, but later decided she hadn’t consented to.

When she told several mutual friends from the church about that incident, including her close friend Lisa Marie Presley – daughter of Elvis Presley and former wife of Michael Jackson – and Masterson’s assistant Brie Shaffer, it opened a rift in the group.

All three of Masterson’s accusers were members of the Church of Scientology at the time they say they were raped, but have since left. Masterson remains a member. Judge Charlaine Olmedo said before the trial that she would not allow Scientology to become a de facto defendant, but would allow limited discussion of it.

Before the woman took the stand Wednesday after beginning her testimony Tuesday, the judge warned her not to stray too far into discussions of the religion, an issue she had already admonished Deputy District Attorney Reinhold Mueller about.

Scientology still came up. The woman testified that some of her mutual friends filed so-called “knowledge reports” signaling their unhappiness with her after she told them about the initial incident with Masterson, and she was summoned by an ethics officer who forced her to make peace with him and take responsibility.

“You can never be a victim,” the woman said. “No matter what happens, you’re always responsible.”

She testified that she signed a non-disclosure agreement with Masterson in 2004, and accepted $400,000 over the course of a year, because the church was going to tar her as a “suppressive person” otherwise.

She testified that she had only expected to be at Masterson’s house, a social hub for their friend circle, for a few minutes.

The woman would file a police report about the night the following year, but no charges resulted. She went back to police late in 2016 after connecting with one of the other women who will testify.

Masterson’s is one of several trials with #MeToo themes going on simultaneously on from coast to coast. They include Harvey Weinstein’s second rape and sexual assault trial just down the hall, and civil trials in New York for actor Kevin Spacey and for screenwriter and director Paul Haggis, who are both being sued for sexual assault.

Scientology also has a major role in the trial of Haggis, a church dissident who is being allowed to argue that the institution is behind the allegations against him.