In his quest to bring the Nets a championship, Kevin Durant is starting the season 0-1 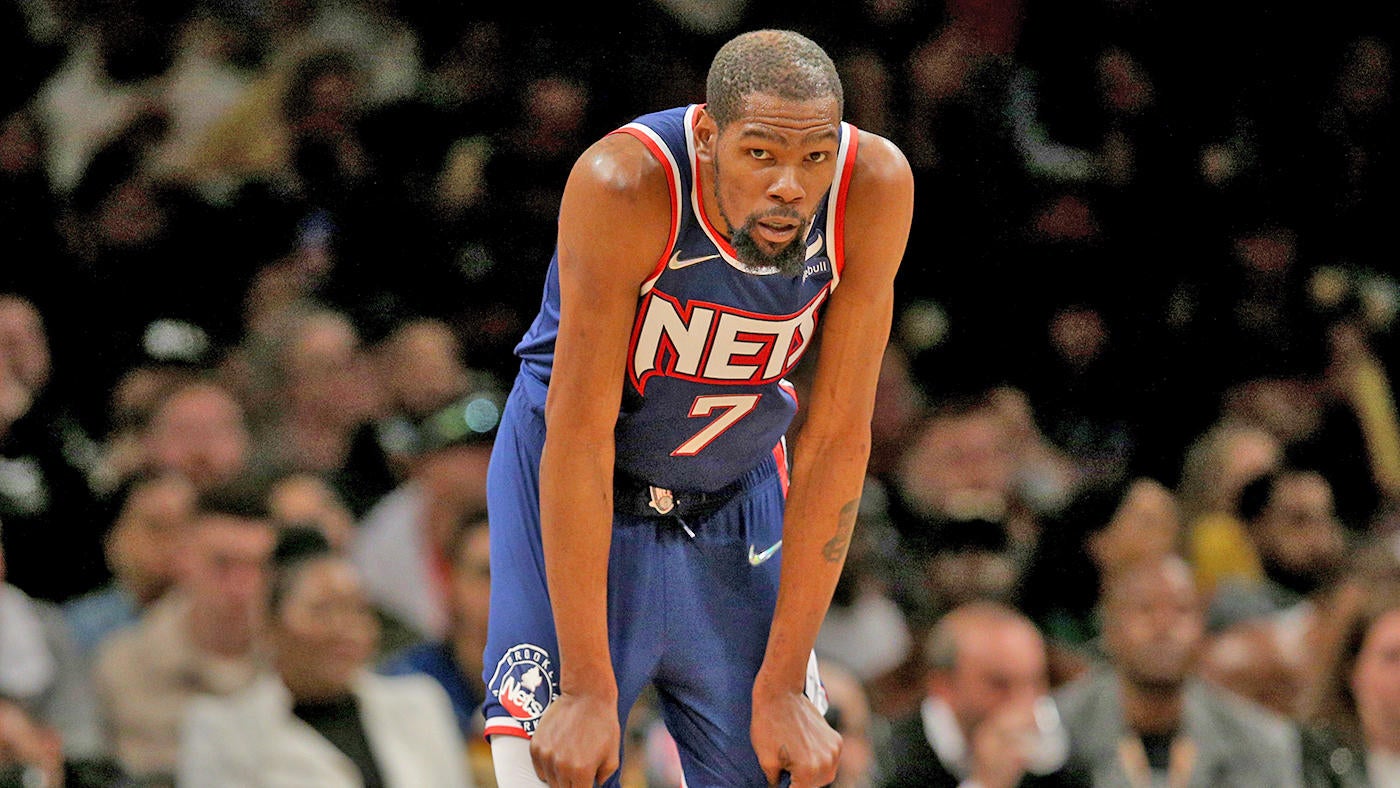 That’s the takeaway from the statement Tuesday from the Brooklyn Nets announcing that the organization and its disgruntled superstar “have agreed to move forward with our partnership” after a meeting at Los Angeles between the two sides.

This is the partnership that just a few weeks ago Durant demanded be dissolved so that he could be sent to the team of his choosing. It was a meeting that featured the owner, Joe Tsai, and the two men Durant had demanded be fired if he were to stay — head coach Steve Nash and general manager Sean Marks.

Now the would-be divorcees claim they “are focusing on basketball, with one collective goal in mind: build a lasting franchise to bring a championship to Brooklyn.”

That’s a breathtaking comedown for Durant, and a seismic shift from the normal course of things when NBA superstars make demands, no matter how far-fetched they seem at the time.

Perhaps two of the most glaring examples of player power run amok were near and dear enough to the Nets that they’d finally had enough — for themselves and, perhaps now, in a shift of power in the NBA at large. First it was James Harden wanting out of Houston, and then, ironically, out of Brooklyn, eventually landing in Philly. And, secondly but connected, it was Ben Simmons refusing to play for the Sixers and heading to Brooklyn, where … he still hasn’t played a single minute of basketball.

Both players got what they wanted. So has nearly every other superstar when unhappy — a list at one time or another that has included Anthony Davis, Chris Paul, Jimmy Butler, Kawhi Leonard and others.

Now there’s a precedent for teams who want to wrestle back some of the upper hand, a move made possible largely by the ham-fisted way K.D. went about things. Power is a formidable weapon when wielded wisely, for if you don’t know how to manage it you can find it suddenly in someone else’s hands.

Back when this mess first unfolded in July with Durant’s first now-failed ultimatum, we argued that the Nets, for a variety of reasons, should simply tell him no. That’s as true now as it was then, but Durant sure made it easy for Brooklyn to do.

This is a world-class player with four years left on his contract, one who was always much less likely than Simmons to miss time because, as anyone in the NBA will tell you, Durant loves to hoop. It’s a passion, a commendable and key component of his all-time greatness, and he was never likely to willingly miss time from the game he loves.

That was the first point in the Nets favor. It also helped that the Kyrie Irving debacle meant the Nets would always look to resolve the Durant situation first and — as important — demand a sizable return to disassemble a team with the lofty expectations that come with a Durant-Kyrie pairing.

This wasn’t some squad with a lone superstar and no real championship path forward, as with, say, the Denver Nuggets team Carmelo Anthony forced his way out of a decade ago. The Nets were a contender, at least on paper, and that meant Marks had to get the right return to save his own job.

Sometimes, when you have no choice, you have a strange kind of freedom. That’s the spot the Nets GM found himself in.

All of this was lost on Durant when he unwisely went to London and told Tsai that the owner had to choose between him and Nash and Marks. Here’s a good rule to live by: Don’t try to strong arm billionaires.

Then, still failing to read the situation accurately, Durant or those around him clearly leaked the ultimatum, trying to put pressure on Tsai to bend to his will. A second rule to live by, closely linked to the first: Don’t then try to pressure those billionaires publicly after the private strong-arm tactic fails.

Now, it is true both sides still get something out of this other than the make believe we’re-all-in-this-together farce they’re trying to sell. While Durant could still be a Net this season, that’s not a lock, and each side can win something from the other in this arrangement.

This statement is a perfect way for Brooklyn to tell the Grizzlies, Celtics, Suns, Heat, and any other potential suitor who were dreaming of a K.D. acquisition, that the price is the price. Brooklyn has leveraged those teams publicly, and strongly, with the best tool at getting the deal for Durant they want — the threat he’ll stay.

And Durant gets something as well. He gets to hoop. He gets to gear up for an NBA season, most likely with the Nets but maybe still elsewhere, with a (less) distracting training camp and a clear focus on basketball being the keys to having a solid start. He loves the game, and he gets to keep playing it, and that’s something.

But don’t let the news obscure the fact that Durant lost the very public fight he started in the most public of ways.