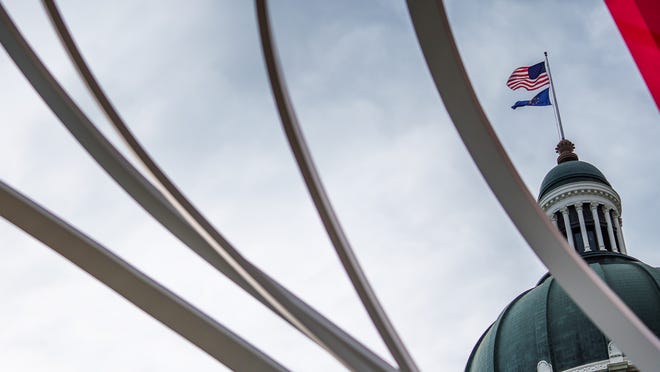 The changes includes broader language to protect the health of the mother than the Senate had passed. The Senate’s version of the bill had focused solely on protecting the life of the mother.

It also only enables abortions at hospitals, ambulatory outpatient surgical centers and birthing centers, not at what’s defined as an abortion clinic under Indiana law.

IndyStar is evaluating the 41-page amendment digest and related materials. As amended by the House Courts and Criminal Code Committee, Senate Bill 1 would still ban abortions at zero weeks, except for in cases of rape, incest, fatal fetal abnormalities and to prevent “permanent impairment” of both the physical health, in addition to the life, of the mother.

Abortions that are the product of rape or incest would have to be performed within 10 weeks, regardless of the age of the pregnant person, a change from the version that passed the Senate Saturday by a 26-20 vote. The version of the bill that passed out of the Senate allowed exceptions for rape and incest within the first 12 weeks for girls ages 15 or younger and the first eight weeks for pregnant girls and women age 16 or older.

More:Here’s how every Indiana state senator voted on SB 1

The committee also nixed a provision requiring a notarized affidavit to obtain an abortion due to rape or incest, and a provision that granted the attorney general the ability to prosecute abortion and other crimes in counties in which a prosecutor refuses to prosecute certain crimes.

The Senate had added that provision after Marion County Prosecutor said he would use his discretion not to file charges in abortion cases if the General Assembly enacted a ban following the overturning of Roe v. Wade. Instead, under the House’s plan, a committee would be created to study instances where local prosecutors refused to prosecute illegal abortions.

The amendment specified that a physician’s license must, instead of may, be revoked if they perform an abortion that is against the law, and adds reporting requirements.

“We want to make sure that this reflects an understanding that this is one of the most difficult and contentious issues of our lifetime,” said House sponsor Rep. Wendy McNamara, R-Evansville. “I’m confident that this amendment is a thoughtful way to show compassion for both mothers and babies.”

McNamara emphasized multiple times that new criminal penalties had been taken out of the bill. But even as amended, the bill would make it a level 5 felony for a physician to perform an illegal abortion. That means an abortion provider could face 1 to 6 years in prison and a fine of up to $10,000 under the amended bill.

By the start of committee, 160 people had signed up to testify. Most people who testified during the first two hours of debate were in favor of abortion rights and opposed to the bill. Because lawmakers amended the bill minutes before the committee starting taking testimony and took little time to explain the amendment’s impact, those testifying were forced to speak on a bill that looked different than what they had prepared to speak on.

The changes to the bill in committee are by no means a done deal. The full House will have to vote to approve the changes.

The Senate, which just narrowly passed the bill, also would have to sign off on whatever changes the House makes to Senate Bill 1. If the Senate doesn’t agree, the bill would go to a conference committee where differences between the two versions will have to be ironed out.

This story will be updated.