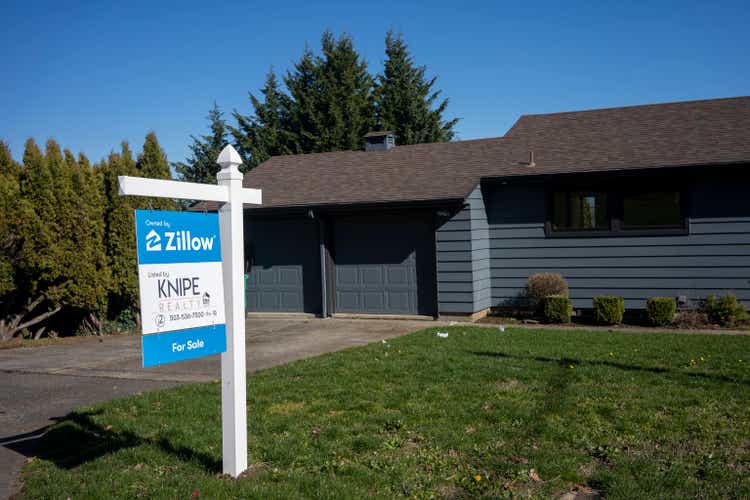 In a week where we saw most market indices rebound sharply, insiders scaled back their buying after three weeks of elevated buying. Buying declined by 64% in absolute dollar terms and 26% in terms of the number of companies that saw insider buying. I have been monitoring a select group of technology growth companies to see at what point insiders of these companies might stop selling and start buying instead. Despite the huge declines in their stock, insiders continue to sell. This does not give me a lot of confidence that the rally we saw last week marked the end of the bear market but feels more like a bear market rally from temporarily oversold conditions. Obviously, there is no way to know for sure and we will find out if that is indeed the case in the coming months. I was looking into Zillow (NASDAQ:Z) recently and was surprised by just how many members of the management team continued selling the stock and in many cases below their recent option exercise prices as I tweeted out on Friday (edits made):

With Zillow back to levels where independent director Jay Hoag of TCV was buying in May 2019, I was curious to see if he, founder/CEO Rich Barton or any other insiders were buying shares. As we saw with other growth companies, purchases were scarce despite the 80% plunge in the stock. Instead of buying stock, insiders including the CFO, COO, CTO, CAO, Chief People Officer and the President are all selling and they are selling at prices below their last option exercises.

I’ve been long the stock for years but have resisted the urge to add more until I see the business stabilize, management starts buying and I see either Jay Hoag or Rich Barton buy on the open market. With housing softening, their home flipping business in run off mode, average monthly visits down 5% YoY in Q1 2022 and deceleration in growth in its IMT (Internet, Media & Technology) segment, the business will remain challenged for a while.

I wrote the following about Zillow exiting its home flipping business last November in an article titled What Does Zillow’s Exit From iBuying Mean For Opendoor?

Zillow was using their iBuying business to build an operating system for home buying and selling, which they called Zillow 360. They got into value added services like mortgage originations and I would not have been surprised if they moved into things like title insurance. Opendoor already does some of that through Opendoor Home Loans but if the company expects to succeed, it will have to do a whole lot more than just buy and sell homes.

Zillow remains committed to a grand vision of building the “Housing Super App” that will provide value to home buyers and sellers at various points during their journey. They want to move from capturing a large slice of the $19 billion real estate marketing pie to capturing a slice of the much bigger $300 billion residential real estate, rentals, and mortgages transaction fees pie. Until the company starts making meaningful progress towards achieving this grand vision, the stock is likely to remain under pressure as the company works off the overhang from its house flipping mistake.

Welcome to edition 621 of Insider Weekends. Insider buying decreased last week with insiders purchasing $115.85 million of stock compared to $324.11 million in the week prior. Selling also declined to $944.38 million compared to $1.08 billion in the week prior. We also saw insider buying by the CEOs of SoFi Technologies (SOFI), Uber (UBER), and PayPal (PYPL). Several funds and institutions that were involved with some of these growth companies before their IPOs have also purchased shares in recent months including the VC firm Sequoia purchasing shares of DoorDash (DASH) in March, Sequoia’s India fund purchasing shares of Freshworks (FRSH) in March and Singapore’s Sovereign wealth fund purchasing shares of Affirm (AFRM) in April.

The insider Sell/Buy ratio is calculated by dividing the total insider sales in a given week by total insider purchases that week. The adjusted ratio for last week went up to 8.15. In other words, insiders sold more than 8 times as much stock as they purchased. The Sell/Buy ratio this week was unfavorable compared to the prior week when the ratio stood at 3.33.

Executive Chairman Bernardo Hees acquired 28,334 shares of this car and truck rentals company, paying $172.78 per share for a total amount of $4.89 million. These shares were purchased indirectly through a trust.

Shares of this health and wellness platform were acquired by 2 insiders:

Chairman Howard W. Lutnick acquired 277,000 shares of this commercial real estate services company, paying $10.83 per share for a total amount of $2.99 million. These shares were purchased indirectly through a trust.

Director Frederick Ernest Ehrsam III acquired 30,030 shares of this crypto-economy focused broker, paying $60.60 per share for a total amount of $1.82 million. These shares were purchased indirectly through a trust.

Executive Chairman Milton C. Ault III acquired 5,042,500 shares of this bitcoin mining company, paying $0.31 per share for a total amount of $1.55 million. 5,000,000 of these shares were purchased indirectly by Ault Alpha LP.

You can view the full list of purchases from this Insider Buying page.

Shares of this networking company were sold by 3 insiders:

Shares of this diversified holding company were sold by 2 insiders:

Shares of this insurance company were sold by 2 insiders:

Shares of this biotech company were sold by 3 insiders:

You can view the full list of sales from this Insider Sales page.

Kawhi Leonard injury update: Clippers star not restricted at all in recovery from torn ACL, per report