Is Patriots’ Bailey Zappe better than Mac Jones? Evaluating rookie QB’s performance and what team should do 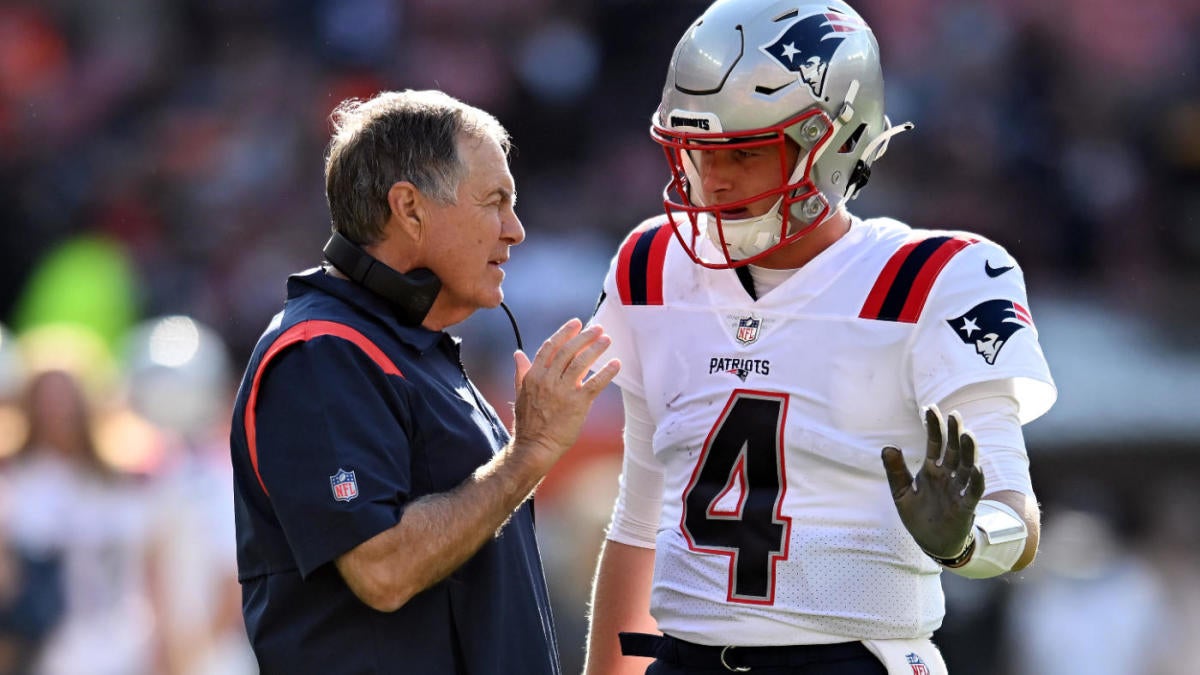 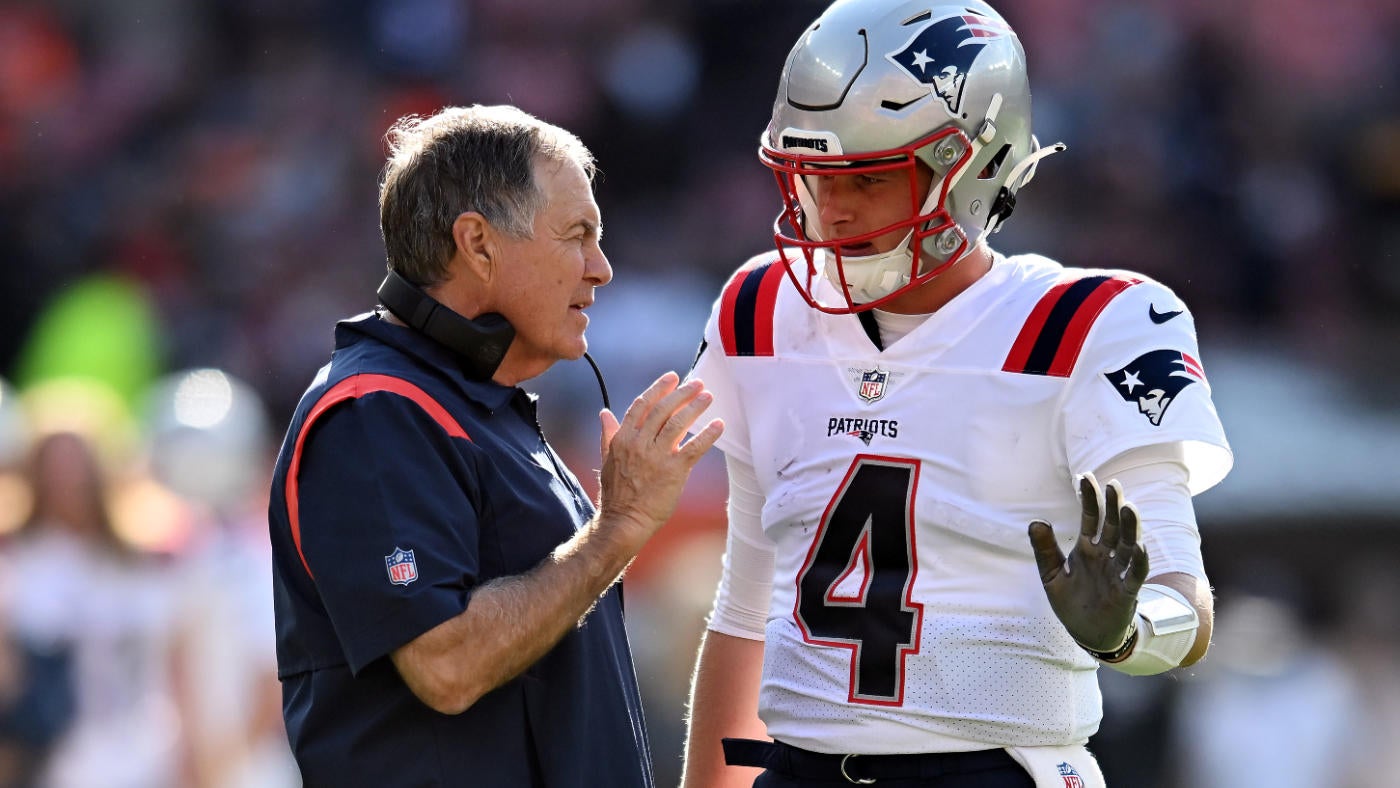 Two Bailey Zappe starts in, and early-season complaints from Patriots fans about the team’s stagnant, vanilla scheme and lack of offensive skill-position talent have vanished. Imagine that.

Mac Jones had a similar two-game stretch in October, when he had a 114.2 passer rating in consecutive starts against the Cowboys and Jets. However, when counting Zappe’s relief appearance on Lambeau Field in Week 4, the rookie has three-straight 100-plus passer rating performances (although he only was 10-of-15 for 99 yards with a touchdown against the Packers).

Jones has yet to piece together a 100-plus rating in three-straight contests in the NFL.

What do the Patriots really have in Zappe. And is he a better option at quarterback than Mac Jones?

In the 2022 draft class, Zappe was my No. 6 quarterback and No. 95 overall prospect. He ultimately was the fifth passer selected at No. 135 overall. Here’s what I wrote about Zappe before the draft in my Scouting Gradebook:

Smaller QB with whip-like delivery. Arm is good, not great. Throws with a 3/4 delivery that nearly gets to sidearm at times. Helps with his velocity. Played in wide open, spread Air Raid offense that afforded him massive throwing lanes. Noticeably aggressive on film. Tried to fit it into tight spaces at the intermediate and deep levels of the field often, and was typically successful. Scheme did inflate his numbers a bit. Plenty of impressive accuracy throws on film but right when you think he’s surgically accurate, he misses on two easy tosses. Tries to make the super-long throw a bit more than he should, because his arm isn’t that good. Arm talent is better than his arm strength. Very comfortable throwing off platform. Some twitch but won’t run away from NFL defenders. Pocket presence was good in college. Fun developmental type who does have some athleticism/arm strength limitations. If allowed to play “freely” will allow him to tap into every ounce of his ability.

And here’s what’s incredible — I gave Jones and Zappe the same grade before their respective drafts.

Based on Zappe’s Western Kentucky film and what he’s shown early in his NFL career, the quickness of his release is currently his greatest strength as a thrower. There’s no wasted movement, the delivery isn’t elongated. It’s snappy.

Now, not all 100-plus passer rating games are created equal. And through 2.5 games of professional action, Zappe hasn’t lit defenses on fire with ultra-precision, tight-window throws that initially seem impossible. The vast majority of his completions have been to very open receivers, backs, and tight ends, the byproduct of smart scheming and, simply, poor coverage. The porous Lions and Browns defenses have provided Zappe a cushy welcome to the NFL.

However, he has demonstrated some advanced quarterbacking, which is noteworthy given his professional inexperience.

Here in the first half, watch as Zappe stared directly at the deep middle of the field safety here — who was starting to drift to his right — to keep him on the hashmark just long enough to allow the long ball down the sideline to reach DeVante Parker without an extra defender crowding the throw.

While I’ll acknowledge the throw was maybe made a split-second late, it was Zappe’s safety manipulation at the start of the play that allowed the throw to even have a chance to be completed. The ball wasn’t a laser beam to Parker. But the speed of Zappe’s release countered the lack of velocity. Splash play for the Patriots offense.

This was fantastic — later in the game, check how Zappe looked left at the beginning of the play toward a quick out-breaking route run by Hunter Henry. It looked like the throw was there. But it appears the rookie wanted to hit the slant up top and seemingly understood if his eyes were glued to it from the outset of the play, the lurking safety on that side of the field would’ve been alerted to fly downhill and clog the throwing lane.

Almost every single rookie quarterback would watch the slant route develop at the top of the screen before throwing it. Nothing else. But Zappe peeked to his left, to draw the safety away from where the pass was going to be made, then calmly fired a fastball to the slant backside. And the timing still needed to be perfect for that pass to be complete. Gorgeous.

Then there was this example of Zappe’s processing ability and grasp of the offense. Late in the contest, the Patriots were in the red zone, and Zappe got a rub concept up top. Henry, at the top of the formation, ran toward the inside cornerback, to provide room for Jakobi Meyers to flare toward the front right pylon for what, in many cases, is an easy score.

Henry stemmed to the outside then back in, however, the cornerback assigned to Meyers efficiently worked around the designed rub to instantly close the window. In a flash, it goes from walk-in touchdown to extraordinarily dangerous throw.

Zappe recognized the rub didn’t go as planned, and in the blink of an eye got to his secondary read, an over route run by fellow rookie Tyquan Thornton that started on the opposite side of the field. Coupled with a subtle glide up into the pocket, Zappe found the open receiver in the back of the end zone for a touchdown.

Many rookies panic in that scenario, when the first read is covered, especially with Myles Garrett bearing down from the frontside. Not Zappe here.

Those were three illustrations of how beyond-his-years smooth Zappe was against the Browns, how he aced the mental part of playing quarterback. But, in today’s NFL, as many of the elite young passers show the world every week, the physical side of the position is more of a necessity than ever.

And there was a singular throw in Cleveland in which Zappe cranked the RPMs to squeeze a pass into a well-covered wideout. It came late in the first quarter on an out-breaking route run by Meyers.

While not technically the classic “NFL throw” from the opposite hash to the sideline, Zappe was positioned in the middle of the hash marks, threw with a touch of anticipation, yet it was the speed of the football — and the accuracy — that allowed the pass to be completed.

Zappe doesn’t have a cannon for an arm. Yet that type of throw with above-average velocity — by NFL standards — is encouraging for his future as the Patriots quarterback.

Sure, Zappe is inexperienced at the NFL level, but in his FBS touchdown pass record setting season of 2021 at Western Kentucky, Zappe attempted 688 passes. Jones made 556 pass attempts at Alabama.

Speaking of Jones, frankly, his rookie season was vastly overrated because the Patriots winning 10 games was too quickly deemed to be because of stellar play from the first-round pick quarterback. It was much more to due the stingy defense and sound run game.

So do the Patriots have a quarterback controversy on their hands? Zappe hasn’t been sensational enough individually to suddenly snatch the starting job from Jones. But, it feels like he can operate the offense just as well as Jones, if not better.

Therefore, this appears to be a classic “ride the hot hand” scenario for Bill Belichick until the rookie gives the Patriots head coach a reason to revert back to the initial 2022 starter.