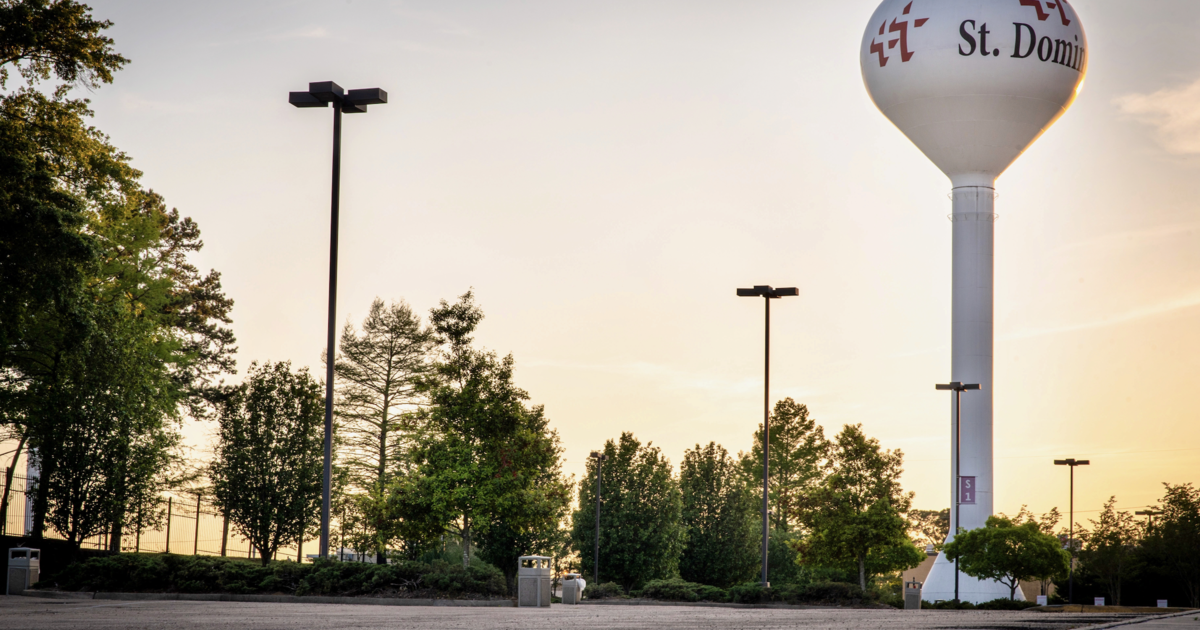 But Las Vegas has been experiencing water issues for many years, said Christina Campos, administrator of Guadalupe County Hospital in nearby Santa Rosa, New Mexico.

“As our water table continues to go down, we are going to have to think not just in terms of conservation, but preserving the water we do have,” she said. “This is a long-term issue.”

Building the infrastructure to support an independent water system isn’t a feasible option for rural hospitals like Guadalupe County Hospital, so area hospitals will have to rely on water tankers from other cities, Campos said. But that’s a tenuous, short-term solution, she said.

In Jackson, the University of Mississippi Medical Center has been able to treat patients on its main campus because it operates its own well-water system. The facilities’ fire suppression systems use city water, though, rendering them ineffective and putting the entire 160-acre campus on fire watch.

Merit Health Central, a 319-bed hospital in south Jackson, is the only hospital in the region that uses municipal water and has been using water tankers since July 28, when a state-issued boil water notice went into effect. The contingency measures have put a significant financial burden on these facilities, according to hospital leaders, who hope the costs will be reimbursed as part of the state’s emergency declaration.

Hospitals like St. Dominic and UMMC that have their own wells and filtration systems are still vulnerable to contamination, malfunctions or supply constraints, Mays said. If most hospitals, community health facilities, dialysis centers, clinics and other providers plan to truck in water as a backup, those resources may run dry during a regional disruption, he said.

St. Dominic’s Kashman said they have been relying on water tankers to support clinics on municipal water, child care centers and emergency services for workers. Nearly a quarter of the hospital staff has been affected by the crisis, Kashman said. Leadership has distributed bottled water and provided access to showers and laundry to support them.

St. Dominic is now considering installing another backup water system at the hospital, which would take two years. The existing one runs on municipal water and could have left the hospital vulnerable in the current emergency, according to Kashman.

The hospital has been updating its water infrastructure since Hurricane Katrina hit in 2005. The facility added a 500,000-gallon tank in 2009 that holds up to a three-day supply of water. It also dug an independent well connected to an underground aquifer in 2015 that is capable of providing a 600-gallon-per-minute flow.

Meanwhile, patient volumes have increased as clinical teams struggle to discharge patients into nearby post-acute facilities that are also experiencing operational challenges due to the infrastructure failure, increasing the length of hospital stays.

Some outpatient clinics are also affected. Damage from heavy rainfall and flooding compounded with the water failure caused a community health clinic that serves low-income patients to shut down and cancel all appointments. Kashman said it is searching for a new location in the same community to quickly reopen. In the meantime, the health system is using a mobile unit to provide care throughout the neighborhood.

These are becoming routine problems, predictably in communities that have not received as much investment as their wealthier counterparts, Cotter said.

While water pressure is returning to normal levels in Jackson, the underlying problem has not been solved. Issues with public water infrastructure have been happening there with greater frequency.

“The system is stressed right now because of piecemeal redundancies that have been baked in after years of infrastructure failures. It is really fragmenting the system,” Cotter said. “These are short-term solutions to an issue that needs long-term and substantial investment to ensure the impacts of climate change are reduced.”

Providers need to test their emergency water supply plans regularly to make sure they work, and they need to update those plans as their facilities change and expand, experts said. Testing and updating can be time-consuming, costly and easy to overlook, particularly amid the COVID-19 pandemic, workforce shortages and cost inflation.

“There will be significant impacts to our water sources across the board. They will likely be more severe for clinics and dialysis centers that are more dependent on potable municipal water,” said Nicolette Louissaint, senior vice president of policy and strategic planning at the Healthcare Distribution Alliance, a trade association that represents distributors. “Healthcare coalitions can play a big role in facilitating resource sharing and emergency response.”

Providers, in tandem with state and federal agencies, need to do a full audit of their water consumption, identify community-based resources, prepare backup water sources and convene organization-wide working groups to determine what functions need to be preserved and what can be cut or rationed during a crisis, Cotter said.

The Centers for Disease Control and Prevention should update its guidelines to emphasize region-wide, multi-facility planning, the University of Colorado’s Mays said. The Centers for Medicare and Medicaid Services could also update its emergency preparedness rule with a safe harbor that protects that type of collaboration from antitrust statues, he said.

While more conversations about fortifying the water supply are happening around the country, providers and policymakers need to frame those discussions around potentially life-threatening scenarios, Louissaint said.

“Flint, Jackson, Las Vegas and Baltimore—the frequency of these events is important to note. I’m glad we are thinking about this but it’s important to think about this from an infrastructure perspective,” she said. “Healthcare relies on water, power and roads to maintain operations. Absent of those dependencies, you will not have healthcare.”