Jake Paul vs. Anderson Silva fight: Five biggest storylines to follow for the showdown in Arizona 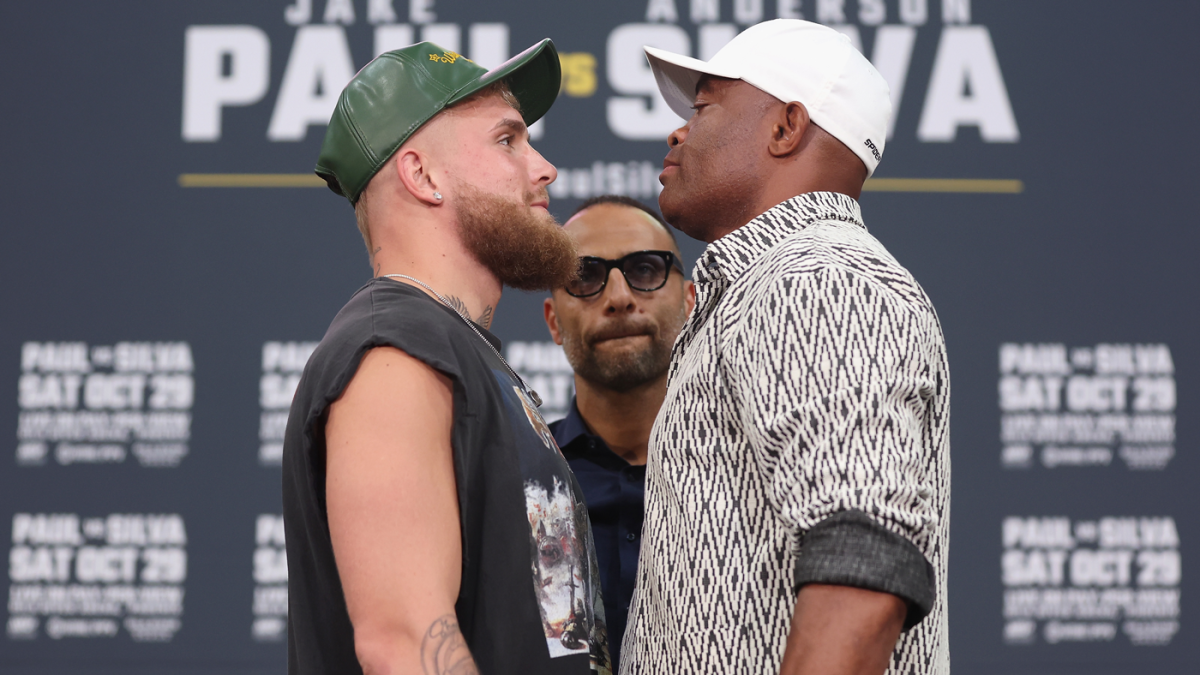 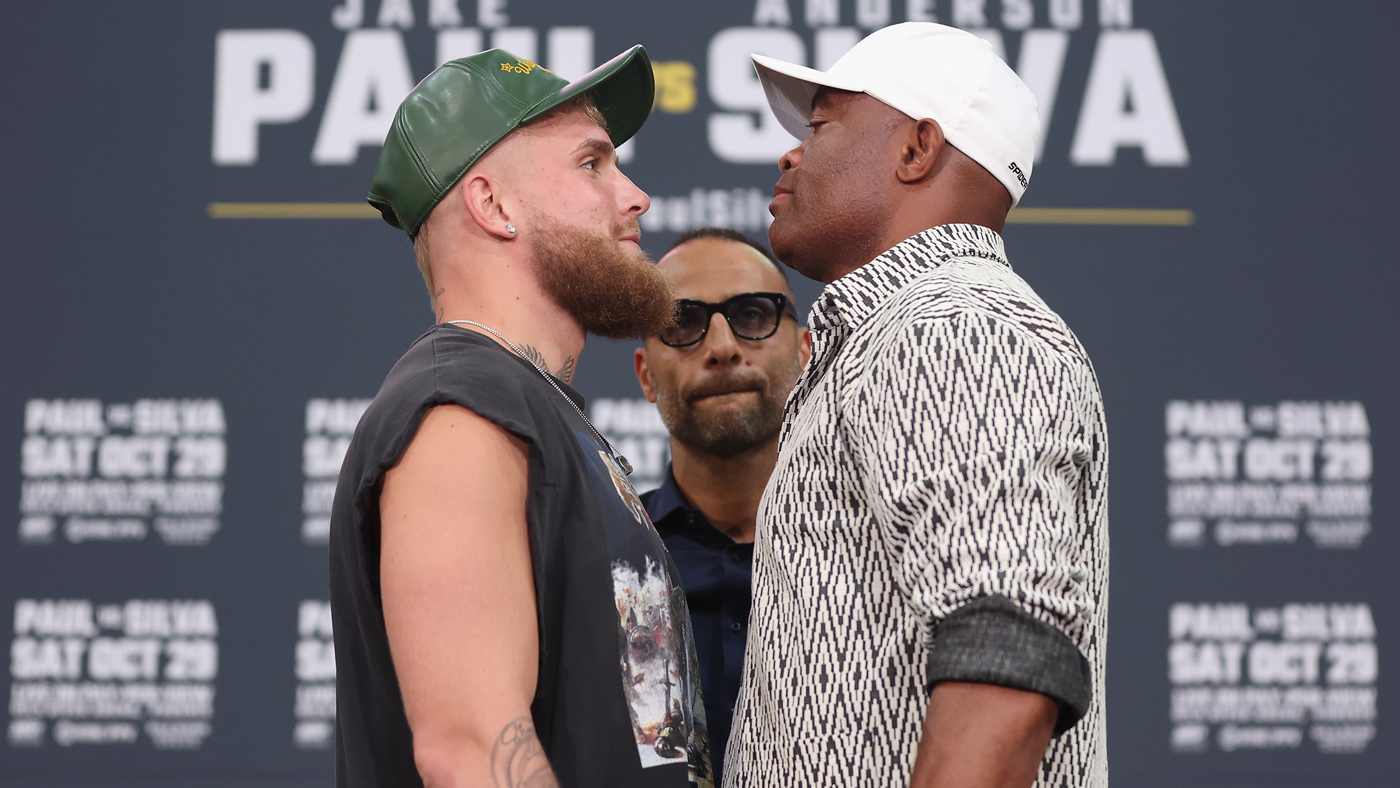 The eyes of the combat sports world will turn to Glendale, Arizona, this Saturday as YouTube sensation Jake Paul continues his disruptive tour as one of boxing’s biggest pay-per-view attractions.

Paul, 25, will headline a Showtime PPV card against former UFC middleweight champion Anderson Silva (3-1 in boxing) in an eight-round professional boxing match scheduled for a catchweight of 187 pounds.

Can Paul extend his unbeaten start to 6-0? Let’s take a look at the biggest storylines entering this weekend.

1. Make no mistake: This is Paul’s toughest test to date

For as impressive as the native of Ohio’s transition into boxing has been, primarily from a commercial standpoint, the level of danger he has welcomed into the ring has been slow and incremental. Both AnEsonGib and former NBA guard Nate Robinson were half Paul’s size and complete novices. Former MMA star Ben Askren was overweight, fresh off hip surgery and never known for his ability to punch as a former Olympic wrestler. Tyron Woodley, the former UFC champion who fought Paul twice and visibly hurt him in their first meeting, moved up nearly two full weight classes from his MMA days to box. Not only is Silva the most experienced and decorated of the group, particularly within the realm of striking, he’s naturally bigger than Paul. The Brazilian star also has legitimate experience having gone 3-1 after making his pro boxing debut in 1998. Silva also shocked the world in 2021 when he upset Julio Cesar Chavez Jr. — in the former middleweight titleholder’s home of Mexico, no less — by split decision over eight rounds.

2. With great risk comes the potential for great reward

Fighting Silva presents Paul with the opportunity to take a huge step forward as far as critical respect is concerned and represents the perfect answer for those in the boxing game critical of Paul’s journey. For all the cries for Paul to fight a “real” boxer, it’s something “The Problem Child” has recently attempted to do multiple times, only to see unbeaten cruiserweight Tommy Fury and heavyweight Hasim Rahman Jr. pull out after initially agreeing to fight. Paul was somewhat backed in to a corner in terms of needing either a major challenge or a big-name opponent to fill the opening on short notice. Silva is unique because he represents both at the same time, which means Paul’s decision to accept the fight during a time many assume he would avoid such a dangerous challenge demands respect. Not only would a victory for Paul extend his momentum and open the door for even bigger potential crossover fights, it would dramatically alter any narrative surrounding the idea he only seeks out matchups in which he holds a dramatic advantage on paper.

3. Obsess upon Silva’s age at your own peril

The announcement of Paul-Silva brought across a polarizing mix of opinions in the combat sports space. For those in the boxing world, the fact that Silva is 47 (and old enough to be Paul’s father) was enough for many to instantly dismiss the contest as nothing more than Paul picking on his elders. But those who come from MMA had essentially the exact opposite response, which echoes the oddsmakers who quickly made Silva the favorite after most books opened with Paul (although the odds are currently more of a pick ’em). Does the advantages Paul will have in youth alone need to be considered? For sure. He’s a big kid with a big right hand. But like Silva’s boxing idol, Roy Jones Jr., who was allowed to linger late into his 40s in part because his sublime hand speed kept him a threat, Silva is the same kind of freak athlete who possessed an almost video game-like reaction speed and timing in his prime that often made his elite opponents look scared. While no one is trying to make the point that Silva is still as dangerous as he was 10 years ago, his physical decline is a bit overstated. Yes, Silva went 1-7 (1 NC) over his final nine UFC fights, but the level of competition he faced was staggering. Silva, who also suffered a pair of major injuries during that stretch, was still fighting elite foes in MMA as recently as two years ago and gave current middleweight champion Israel Adesanya all he could handle in 2019. Silva remains both quick and creative as a striker and has adapted his footwork and stance to boxing in an almost seamless fashion. Win or lose, expect Paul to have his hands full given the lack of overall fighting experience between them.

4. The pressure is on Paul to keep hope for a Nate Diaz fight alive

Diaz, the 37-year-old native of Stockton, California, finally fought out his most recent UFC deal in September, which made him an interesting free agent who might be Paul’s biggest potential payday available outside of Conor McGregor or Mike Tyson. But does the idea of a Paul-Diaz blockbuster PPV go away with a Silva win on Saturday? It likely comes down to how well Paul competes, regardless of the result. Either way, there’s a ton of pressure upon Paul to prevent the type of knockout loss that might cripple the marketing potential of a Diaz fight, altogether. Putting Paul and Diaz opposite one another in a fight of any kind is just about the definition of “must-see TV” in combat sports, given their huge followings and contrasting personalities. But the potential PPV is only a threat to UFC in Paul’s ongoing public feud with Dana White if he enters it unbeaten and fresh off a victory over arguably the greatest fighter to ever step foot in the Octagon. Diaz will likely be in the arena on fight night given that his longtime teammate, Chris Avila, is once again boxing on a Paul undercard.

5. Keep a close eye on other potential future Paul foes on the undercard

Let’s give Paul a ton of credit: he knows what he’s doing in the promotional side of things after joining forces with former UFC CFO Nakisa Bidarian to launch Most Valuable Promotions. Paul once added Fury, the half-brother of heavyweight champion Tyson Fury, to his Cleveland undercard for his first meeting with Woodley in 2021 as a way to test the water for a future fight (which fell apart twice as Fury “fumbled the bag,” according to Paul). This weekend sees a few other potential names join the mix as former UFC middleweight Uriah Hall takes on ex-NFL star Le’Veon Bell, with the latter fresh off a boxing KO of fellow running back Adrian Peterson. There is also Dr. Mike Varshavski, a 32-year-old physician and internet personality, who brings a combined 22 million in social media followers into his contest against Avila.