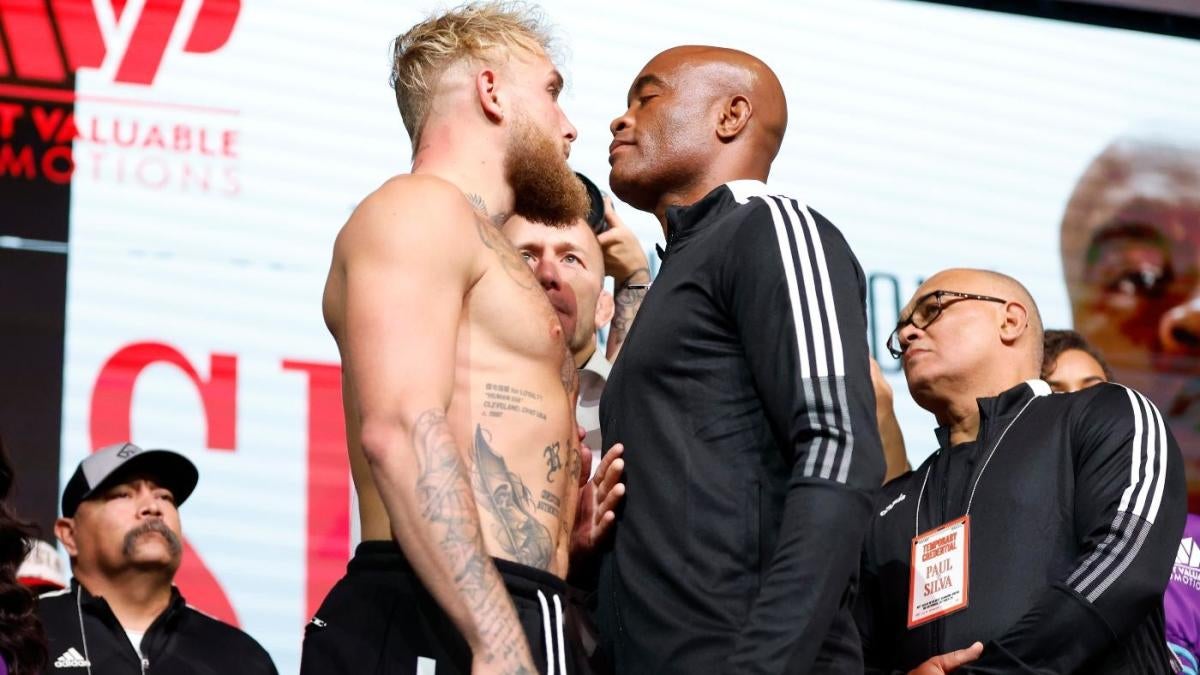 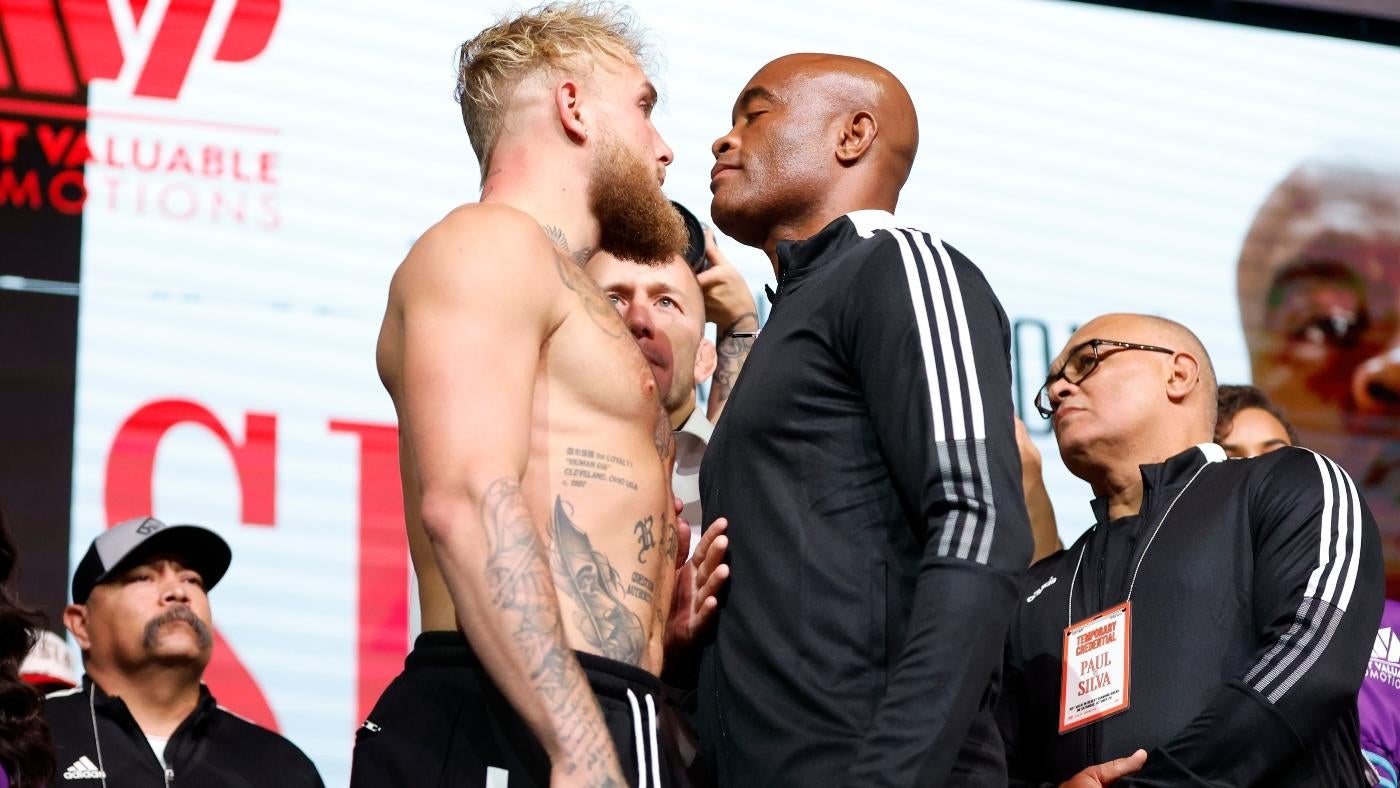 Jake Paul prides himself on being a showman, and he upped the stakes this week in advance of his fight Saturday against MMA icon Anderson Silva in an eight-round boxing main event. The Paul vs. Silva fight card on Showtime PPV is set for 9 p.m. ET from Desert Diamond Arena in Glendale, Ariz. The polarizing Paul, a former social media star who has turned to professional boxing, has repeatedly referred to himself as a master troll and he was in top form this week. He arrived at a public workout on horseback, flanked by two oversized robots. Silva, the former UFC champion who has had success in boxing, simply laughed at the circus show created by his opponent.

Caesars Sportsbook lists Paul as the -240 favorite (risk $240 to win $100) in the Jake Paul vs. Anderson Silva odds. Silva is getting +200 as the underdog and the over/under for total rounds is set at 6.5. Before finalizing any Anderson Silva vs. Jake Paul picks, make sure you see the boxing predictions and betting advice from SportsLine analyst Peter Kahn.

A three-time Boxing Writers Association of America Cus D’Amato Manager of the Year nominee, Kahn has his finger on the pulse of what’s going on inside and outside the ring. As one of boxing’s most influential managers, Kahn has guided numerous world champions and currently sports a roster of 15 fighters. His company, Fight Game Advisors, manages former undisputed lightweight champion George Kambosos Jr., current female undisputed super middleweight champ Franchón Crews-Dezurn and rising junior middleweight star Xander Zayas.

Kahn is an astounding 35-9 picking fights for SportsLine since boxing returned following the pandemic-induced hiatus, netting a profit of $3,972. Anyone who has followed him has already seen massive returns.

Now, with Saturday’s rematch approaching, Kahn has studied Paul vs. Silva from every angle and identified the best value in the boxing odds. You can only see his coveted prop bets and money-line picks at SportsLine.

One of the biggest motivating factors for Paul (5-0) is that a win Saturday, particularly in impressive fashion, could possibly put him in the line for the matchup he covets most. That would be a boxing match against another MMA icon in Nate Diaz, who Paul has been calling out since he stepped into the boxing realm.

Diaz has not publicly denied nor confirmed interest in boxing Paul, though a recent series of events suggest he is interested in the matchup. For practical purposes, he is likely to make more money boxing Paul than he has for any UFC fight, while considering it a relatively low-risk endeavor. Moreover, numerous media reports suggest Diaz will be in attendance for the Paul-Silva boxing match Saturday.

The 37-year-old Diaz, who is known for his strong boxing base, recently saw his UFC contract expire and he did not re-sign with the MMA promotion. He spent a good portion of 2022 urging UFC president Dana White to give him one last fight so he could finish his deal and pursue other goals, which many observers believe meant pursuing the boxing match with Paul.

There’s no doubt that the biggest boxing win between the combatants belongs to Silva (3-1), who defeated Julio Caesar Chavez Jr. last year with surprising ease. Although the younger Chavez never lived up to the impossibly high standards set by his iconic father, he was still a longtime champion in a talent-rich division.

Chavez Jr. started his career undefeated in 47 fights. He won the WBC middleweight crown and defended it three times before suffering his first defeat at the hands of Sergio Martinez in September 2012. He is just 7-5 since and hasn’t competed for another world title, but he did go 12 rounds with four-division champion Canelo Alvarez in 2017 and fought recent title challenger Danny Jacobs in 2019.

The younger Chavez reportedly began to lose interest in boxing because of the massive expectations that are attached to his surname, but he is still just 36 and has boxed at a world-class level for much of his career.

Because of this, most observers were stunned at the relative ease with which Silva controlled their fight, using his length and agility to stay at distance and land shots while avoiding danger in return. Most media outlets gave Silva five or six rounds and won 77-75 on two scorecards. The third judge inexplicably gave the fight to Chavez Jr. by the same score although Silva clearly dominated most of the action. See Kahn’s pick at SportsLine.

How to make Jake Paul vs. Anderson Silva picks

Kahn likes the Under 6.5 rounds at a price of +130 in the latest Caesars odds. He’s also made the call on a method-of-victory prop that pays plus money and a confident money-line pick. You can only see those selections at SportsLine.

Who wins Jake Paul vs. Anderson Silva? And which prop is a must-back? Visit SportsLine now to see Peter Kahn’s best bets for Saturday, all from the boxing specialist who has netted his followers a profit of nearly $4,000, and find out.