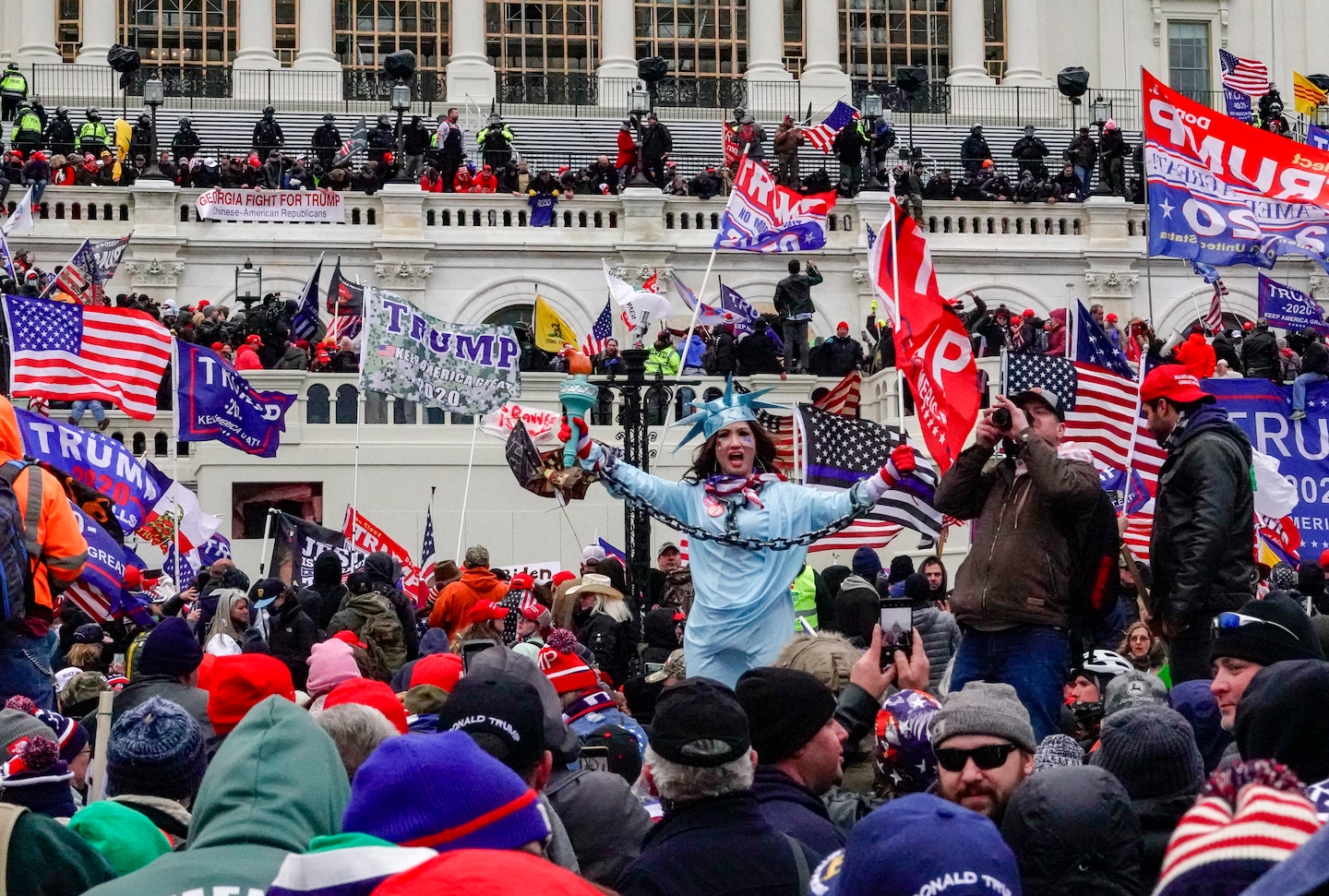 A Tennessee man facing charges over assaulting a police officer during the Jan. 6, 2021, attack on the U.S. Capitol has been charged with plotting to kill the law enforcement agents who investigated his case, the Justice Department said.

Edward Kelley, 33, of Maryville, Tenn., and an alleged accomplice, Austin Carter, 26, of Knoxville, Tenn., were charged with conspiracy, retaliating against a federal official, interstate communication of a threat, and solicitation to commit a crime of violence, according to a criminal complaint unsealed Friday in the U.S. District Court for the Eastern District of Tennessee. The two men are being held without bail after a hearing Friday in federal court in Knoxville.

Kelley was arrested in May after allegedly assaulting a police officer during the Capitol insurrection. According to the complaint, Kelley had a list of personal information such as names and phone numbers of 37 law enforcement officers who had investigated his role in the attack.

Kelley recruited Carter and another person at his place of work to help him with the new plot, according to the complaint. The unnamed co-worker decided to cooperate with law enforcement and made secret recordings of a discussion of Kelley’s plans to kill the officials as well as attack the Knoxville office of the FBI.

The co-worker was given an envelope containing the list and a thumb drive of video footage from Kelley’s home security camera that depicted at least one officer approaching Kelley’s home to search it earlier this year, authorities said.

Authorities said that the three men met in Jarvis Park in Maryville on Dec. 3 to discuss what Kelley called “assassination missions,” according to the indictment. Kelley urged the witness to “reach out to your cop buddies and see what information you can collect on the individuals on the list.”

The attack: Before, During and After

Efforts to reach Kelley’s family members were unsuccessful, and Kelley’s attorney on the Jan. 6 case, Marina Medvin of Alexandria, Va., recently withdrew from his case. He is seeking a court-appointed attorney.

According to the complaint, Kelley urged Carter and the other co-worker to recruit others and go ahead with the attack on the FBI’s Knoxville office if he was extradited to the District of Columbia or arrested again.

“You guys are taking them out at their office,” Kelley said on one recording. “You don’t have time to train or coordinate, but every hit has to hurt.

“Definitely make sure you got everything racked, locked up and loaded,” Kelley said, according to the indictment.

In May, Kelley was arrested and charged with assault, resisting arrest, unlawful entry and other offenses for his role in the Jan. 6 attack on the Capitol.

That indictment said that Kelley, wearing a gas mask and a green tactical helmet, had fought with a Capitol Police officer on the west front of the Capitol building as the attack began.

Authorities said Kelley then used a piece of wood to crack a window on the Senate Wing and then kicked a door open, allowing other rioters to enter. Once inside, Kelley was part of the group who confronted Capitol Police Officer Eugene Goodman, who was later awarded a Congressional Gold Medal for his heroism in diverting the insurrectionists away from lawmakers.

Alice Crites contributed to this report.