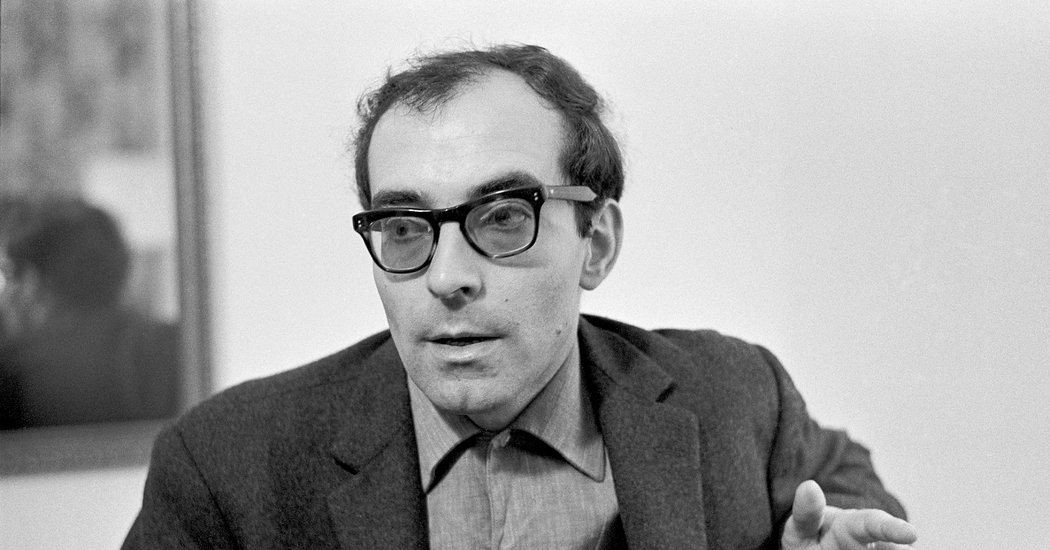 It was a description of a famous scene in “Breathless” in which Jean-Paul Belmondo impulsively steals an automobile in Paris and drives off into the countryside without a plan.

“The problem of talking to people is that I have always confused cinema with life,” Mr. Godard said in that interview. “To me life is just part of films.”

In 2010, Mr. Godard, long at odds with Hollywood, was awarded an honorary Oscar for lifetime achievement, but not without controversy. The award brought into focus long-simmering accusations that Mr. Godard held antisemitic views. He did not attend the ceremony at which the Academy of Motion Picture Arts and Sciences bestowed the honor, and when an interviewer afterward asked him what the award meant to him, he was blunt.

Jean-Luc Godard was born Dec. 3, 1930, in Paris, the second of four children in an extravagantly wealthy Protestant family. His French-born father, Paul-Jean, was a prominent physician, and his mother, the former Odile Monod, was the daughter of a leading Swiss banker. Mr. Godard credited his parents with instilling in him a love for literature, and he initially wanted to be a novelist.

Paul-Jean Godard, who became a Swiss citizen, opened a clinic in Nyon, Switzerland, and Jean-Luc spent his early childhood there, visiting his family’s estates on both the French and Swiss sides of Lake Geneva and remaining there until the end of World War II.

After France was liberated, he returned to Paris, as a teenager, to attend secondary school, the Lycée Buffon, then enrolled at the Sorbonne in 1949, intending to study ethnology. Instead he immersed himself in cinema, spending much of his time at the Cinémathèque Française, then located on the Avenue de Messine on the Right Bank, and in the film societies of the Latin Quarter.