Jill Biden is rooting for the Phillies in the World Series. She’s part of a long history of first ladies who loved America’s national pastime. 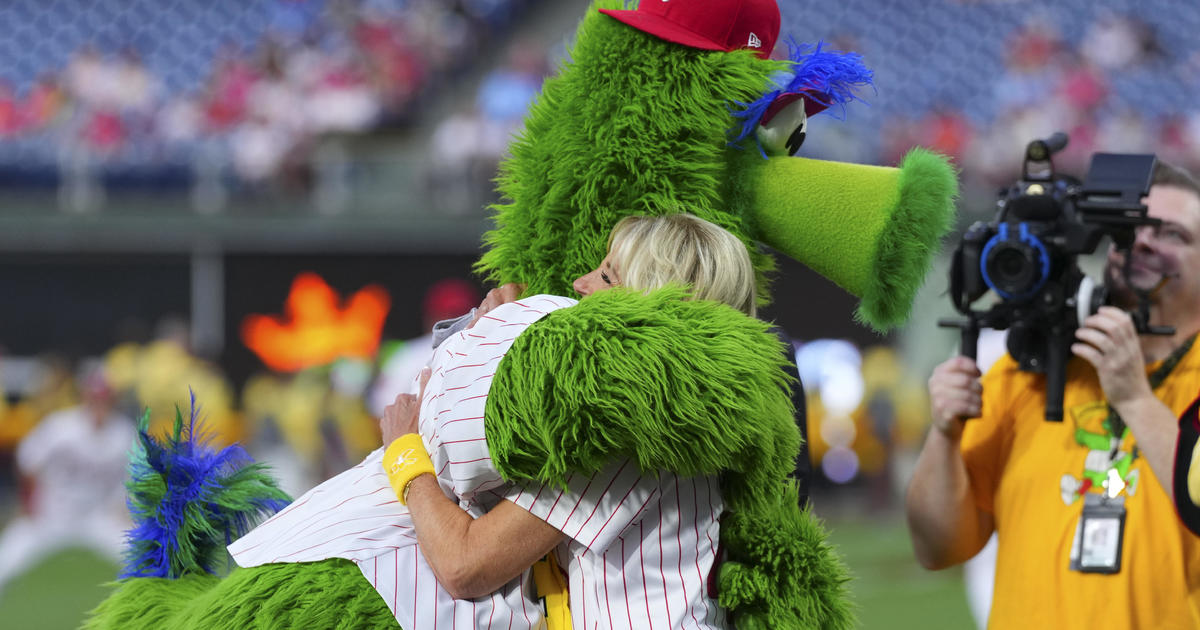 As the Democrats battle fiercely to keep control of the House and the Senate, first lady Jill Biden is sought after on the campaign trail. But on Friday night, there’s a good chance she’ll be watching Game 1 of the World Series as her beloved Phillies play the Houston Astros.

“The First Lady will be closely following the World Series and cheering on her home team, the Phillies,” her office told CBS News.

There is a time-honored tradition among first ladies to throw out ceremonial first pitches, starting with Pat Nixon throwing out the first pitch in 1971, according to Colleen Shogan, senior vice president and director of the David M. Rubenstein Center at the White House Historical Association. Nancy Reagan also threw out a first pitch at Game 1 of the 1988 World Series, and just over six months later, Barbara Bush threw out the first pitch for the Texas Rangers.

Jill Biden is not the first die-hard baseball fan to be married to a president. Shogan shared a few other examples from White House history:

The Coolidges in the 1920s weren’t the first “first couple” to attend a baseball game — that honor belongs to President William Taft and his wife Helen, according to Shogan — but they were dedicated fans. First lady Grace Coolidge, in fact, was the more dedicated fan of the pair.

There was one famous incident, Shogan said, where President Calvin Coolidge wanted to leave one of the World Series games to get back to the White House and Grace Coolidge “pulled his coattails and told him to sit back and wait until the game was over,” Shogan said.

When the Senators won the World Series in 1924, Coolidge “jumped up and down and was celebrating,” Shogan said.

After Coolidge left office in 1929, they moved to Northampton, Massachusetts, where Grace Coolidge then adopted the Boston Red Sox as her home team, and frequently traveled to go see them play.

“She was just known in the stadium — Fenway Park — as being one of the most dedicated fans,” Shogan said.

Another big baseball fan in the White House was President Harry Truman’s wife Bess. Although Bess Truman had a reputation for being prim, she was an athlete as a young woman. She even played baseball with her brothers growing up, which was “kind of unusual in that time period,” Shogan said.

George H.W. Bush and Barbara Bush moved to West Texas in 1948 and later the Houston area, and she adopted Texas baseball teams.

Although a Houston Astros fan, she also rooted for the Texas Rangers when her son, future President George W. Bush, was the chairman of the team. She threw out a first pitch for the Rangers in 1989, shortly after her husband took office.

Barbara Bush was known for her scorekeeping, with George W. Bush writing in his book “Barbara Bush: Matriarch of a Dynasty” that “not many people know how to score a baseball game,” according to the Houston Chronicle. Bush said he has “vivid memories of seeing her sitting at our games, keeping score.”

“She kept a detailed scorecard for every game they attended,” former Astros owner Drayton McLane told the Houston Chronicle after her death in 2018. “Every once in awhile there would be a tricky play and she would ask me, ‘How do you score that?’ and I would have to say, ‘Barbara, I don’t know,’ and get one of our baseball people to help her. She must have had hundreds of scorecards, all meticulously filled out. She said if you should do something, you should do it well.’

The Bushes remained avid baseball fans long after he left the White House in 1993, and in 2017, George H.W. Bush threw out a ceremonial first pitch prior to Game 5 of the World Series.

After she and her husband died in 2018, the Astros paid tribute to both of them at Opening Day 2019, with the 149th Fighter Wing of Texas Air National Guard conducting a flyover, according to the Houston Chronicle. Their grandson, Texas Land Commissioner George P. Bush, threw the ceremonial first pitch..

At an event for Take Your Sons and Daughters to Work Day in 2012, Michelle Obama was quizzed about how big a White Sox fan she is and she had a surprising answer, according to CBS Chicago.

She said she supported all of Chicago’s teams, although she had a special place in her heart for the Cubs.

“People always wonder, ‘Why are you a Cubs fan?’ because we live on the South Side,” she said, according to CBS Chicago. “But I tell them, my dad was a Cubs fan from the time I was little.”

When the Cubs won the World Series in 2016, President Obama honored the Cubs at the White House. He said Michelle Obama was a “lifelong Cubs fan,” according to NBC.

“I will tell you … in the eight years that I’ve been here, we’ve hosted at least 50 teams. Football, baseball, basketball, soccer, you name it,” Obama said. “Michelle has never come to a single event celebrating a champion until today. She came and shook hands and met with every one of these members of the Cubs organization and told a story about what it meant for her to be able to see them win. She remembers coming home from school, and her dad would be watching a Cubs game, and the bond and the family, the meaning that the Cubs had for her in terms of connecting with her father and why it meant so much to her.”

Michelle Obama also partnered with Major League Baseball as part of the Let’s Move initiative, throwing out the first pitch at the Baltimore Orioles game in 2010 as part of that program to encourage kids to exercise. She also recorded public service announcements with several MLB players.

The Phillies are known for having a dedicated fan base, but President Joe Biden has called his wife the “most rabid” Phillies fan.

“This team plays with such heart — so proud to be a @Phillies fan today, and every day,” she tweeted when they clinched their 2022 World Series berth

Jill Biden, a native of a Philadelphia suburb, said watching the games with her father were some of her favorite childhood memories.

“I was a little girl,” she told ABC News in 2009, recalling watching games on the family’s black-and-white Philco TV. “It was a great father-daughter memory for me.”

In the final days of the 2008 campaign when Mr. Biden was the vice presidential nominee, Jill Biden and her granddaughter Maisy were at the World Series game when the Phillies beat the Tampa Bay Rays.

“I gotta tell ya, my wife, I’m on the campaign trail, she says, ‘Joe, I’m going to the Series.'” then-Senator Joe Biden said of his wife’s decision to go home and watch her team.

Jill Biden called it “exciting” to be there when the Phillies won, and she later said it was “one of the “best nights” of the campaign.

She continued to attend Phillies games throughout Mr. Biden’s time as vice president and in the years following. She’s even been photographed embracing the Phillie Phanatic, the team’s furry green mascot.

At a campaign event last week, Mr. Biden said “even if I didn’t like Philly — I would be sleeping alone if I didn’t” root for the Philadelphia teams.