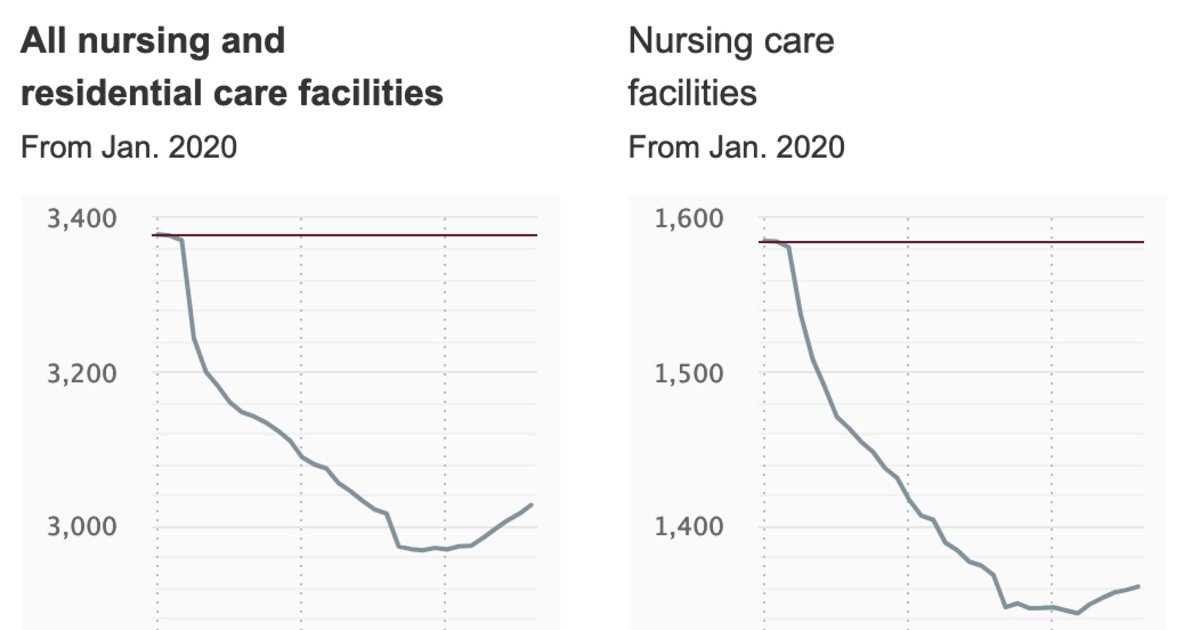 Ambulatory care providers added 21,900 jobs in August, including 15,200 at physicians’ offices and 4,600 at outpatient centers. Hospitals added 14,700 jobs, a promising sign as the sector continues to struggle with staff shortages and high labor costs. In July, hospitals added 13,800 jobs.

Nursing and residential care added 11,600 jobs in August, compared with 8,700 jobs during the prior month.

The only healthcare subsector to shed jobs in August was home health, which reported 1,800 fewer jobs compared with the previous month.

The overall jobless rate was 3.7% last month, with approximately 6 million people unemployed. In July, the unemployment rate was 3.5%, the same figure as in February 2020, the month before the COVID-19 pandemic reached the U.S.

The economy gained 315,000 jobs in August, with gains in professional and business services, healthcare and retail trade. An estimated 1.9 million people reported being unable to work last month due to closures or lost business linked to the pandemic, the report shows. The BLS also revised downward its June and July data by 107,000 jobs; the initial reports for those two months had pegged total job growth at 900,000.