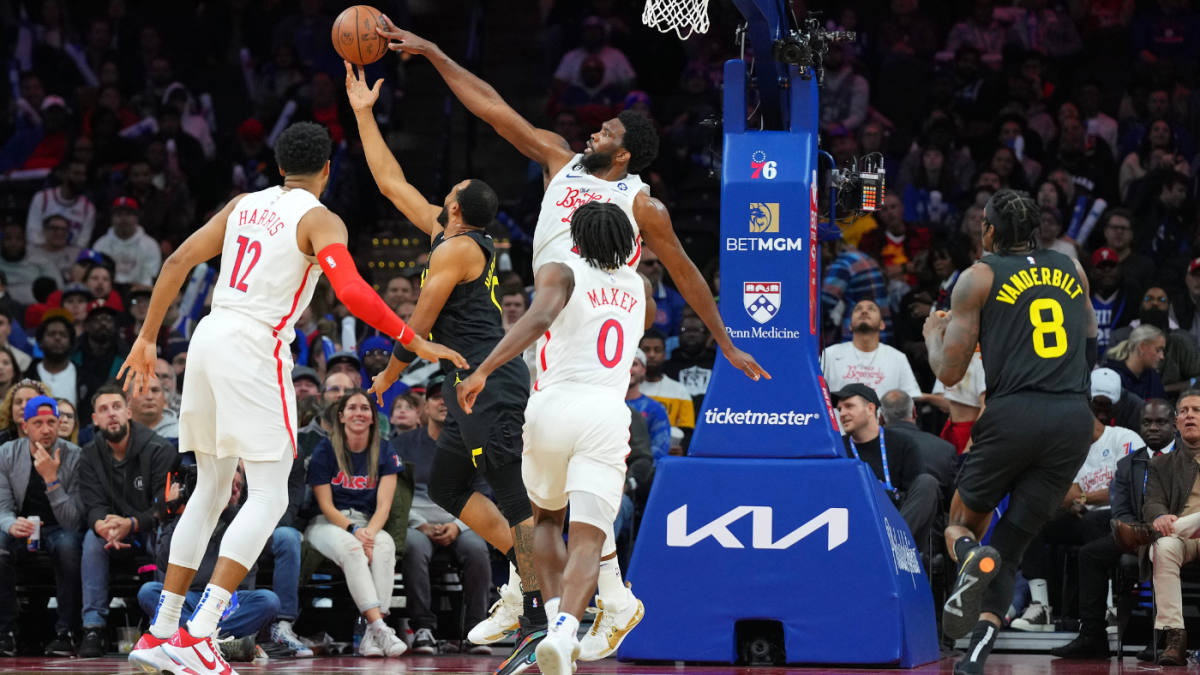 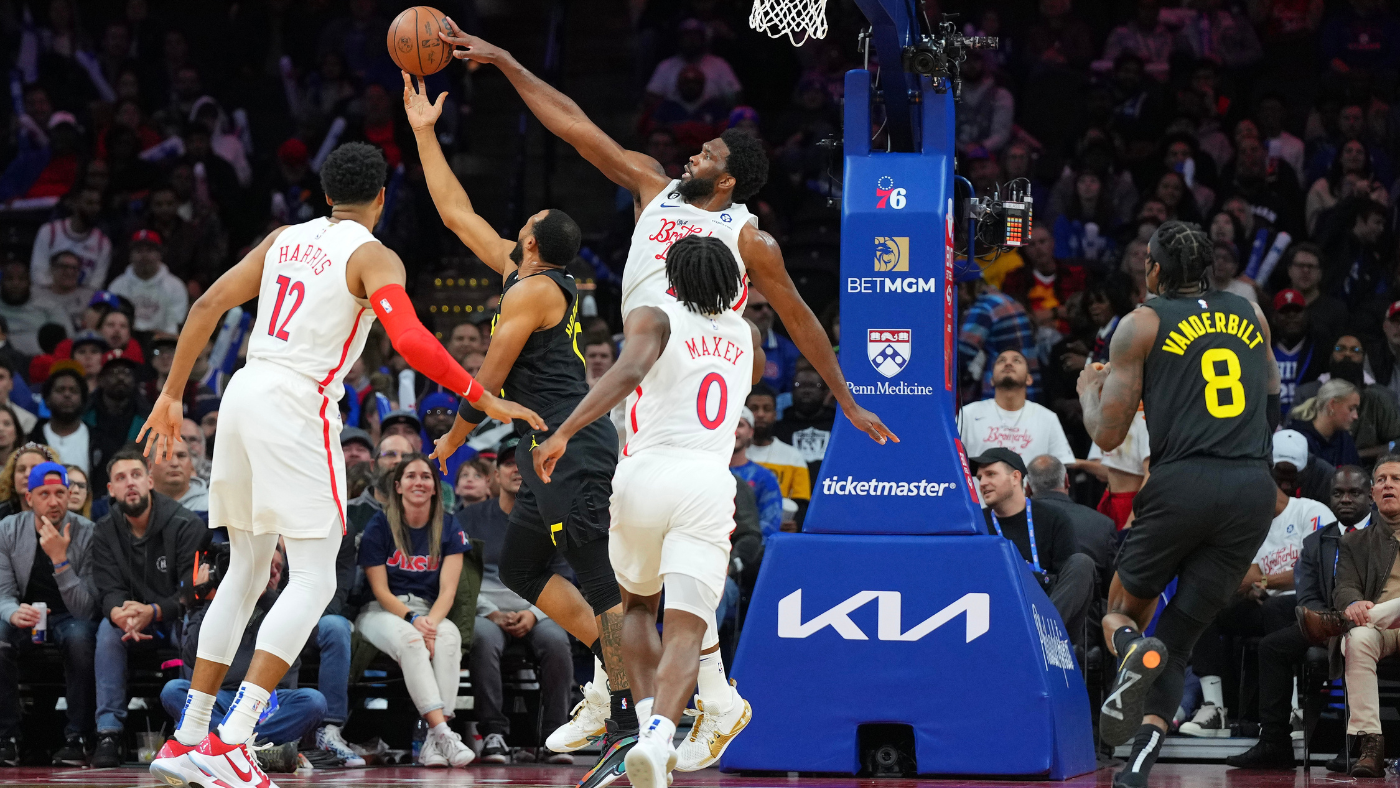 PHILADELPHIA — Philadelphia 76ers big man Joel Embiid has come a long way in his NBA career. It was just a few years ago that Embiid was cleared to play in back-to-backs for the first time. Fast forward to the present, and the Sixers star center just turned in one of the most dominant back-to-back performances that you’ll ever see.

On Saturday night, with his team fresh off a loss to the Hawks in Atlanta 48 hours earlier, Embiid turned in his most dominant performance of the season. Against the same Hawks team that bested the Sixers just two days prior, he set the tone early by scoring 14 points in the first quarter. Embiid would build off that solid start over the remaining 36 minutes, finishing with a season-high 42 points, plus 10 rebounds, six assists and two blocks. And, perhaps most important, the Sixers walked away with a 121-109 win to improve to 6-7.

After that impressive performance, Embiid shared a concerning health update with media members when asked why he seemed to be grabbing at his shoulder throughout the game. “I don’t know what happened, but some days, I can’t lift my arm up,” Embiid said. “When I go block shots, I really feel it. I don’t know what’s going on, but it’s whatever.”

Those comments caused the entire city of Philadelphia to raise a collective eyebrow, and cast doubt on Embiid’s status for Sunday night’s game against the Utah Jazz, especially since the big man also tweaked his ankle against Atlanta Saturday night. Plus, he’s coming off an illness that kept him sidelined for over a week. However, by tip time Sunday, Embiid was out on the floor with his teammates, and he was apparently ready to treat everyone in attendance to a performance they wouldn’t soon forget.

Against a Jazz team that boasts one of the league’s best defenses to this point in the season, Embiid went to work. He had 13 points in the first quarter, and then 11 more in the second. As the Jazz continued to largely play him with single coverage, he added another nine in the third quarter before going absolutely nuclear in the fourth quarter.

In the final frame, the Sixers scored 27 points as a team, and Embiid scored 26 of them. Yes, you read that correctly. Over the final 12 minutes, Embiid went 7 of 8 from the floor and 12 of 15 from the foul line, and his production was just enough to lift Philadelphia to a 105-98 win. His final numbers against Utah looked like a 2K stat line with the game set on Rookie difficulty: 59 points, 11 rebounds, eight assists and seven blocks in 37 minutes. In the process, Embiid became the first player in NBA history to have 50 points, 10 rebounds, five assists and five blocks in a game. When Embiid plays like he did against Atlanta and Utah, he’s as dominant as any player in the league.

For those that like math and history, that’s 101 points that Embiid scored in about 27 hours. The 59 points that Embiid posted on Sunday night was not only his career-high, it was the highest individual point total in a game so far this season. Embiid shattered his previous career-high of 50 points, and with his 59 he produced the fifth-highest point total in 76ers’ history. Wilt Chamberlain scored 68, 65, and 62 for the Sixers during his career, and Allen Iverson dropped 60 back in 2005.

As impressive as Embiid’s production on the offensive end was, it was his tenacity on defense that made the performance truly dominant. Embiid patrolled the paint with purpose all evening. He had two crucial blocks in the final three minutes of the contest alone.

“My teammates knew who had the hot hand, and they just had to feed me,” Embiid said after Sunday’s win. “And I thought when I got double-teamed late in the fourth, I made the right plays … We did it as a team. And obviously defensively, with a game that close I had to be more aggressive and make sure they didn’t get any easy baskets.”

Embiid’s teammates had some effusive praise for the big fella following his historic performance.

Embiid’s monstrous weekend came at an important time for a Sixers team looking to find its footing in a competitive Eastern Conference. The team has had an underwhelming start to the season. They’re now 7-7, and the pressure — at least externally — is mounting for coach Doc Rivers. With James Harden sidelined with a foot injury, Philly needed Embiid to step up, and he did.

Whether the back-to-back performances become a catalyst for more success, the 2-0 weekend has at least calmed the seas for the Sixers for the time being. It also reintroduced Embiid to the MVP conversation. After finishing as the MVP runner-up to Denver Nuggets center Nikola Jokic in each of the past two seasons, Embiid was completely absent from the most recent edition of NBA.com’s MVP Ladder. That’s likely about to change.