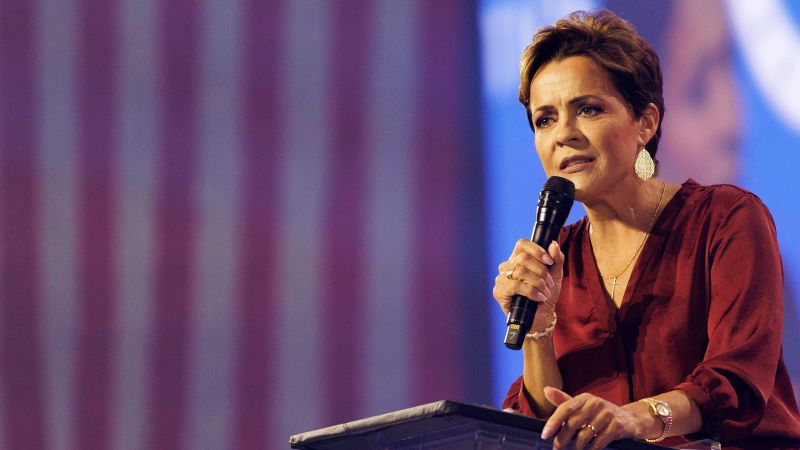 An Arizona judge on Saturday rejected Republican gubernatorial candidate Kari Lake’s lawsuit attempting to overturn her defeat, concluding that there wasn’t clear or convincing evidence of misconduct, and affirming the victory of Democratic Gov.-elect Katie Hobbs.

Lake, who lost to Hobbs by about 17,000 votes in November, sued in an effort to overturn the election. Maricopa County Superior Court Judge Peter Thompson allowed a two-day trial on some of Lake’s claims, which concluded late Thursday afternoon.

The court ruling marks a major defeat for Lake, who built her candidacy on her support for former President Donald Trump’s lies about widespread election fraud in the 2020 presidential election. She has since falsely claimed to have won last month’s election.

Saturday’s ruling is also the latest blow for election deniers nationwide and harks back to the long stream of legal losses Trump suffered in 2020 as he sought to challenge his election loss.

In a tweet after the ruling, Lake, who sat in the courtroom during the trial but did not testify, said she would appeal the decision “for the sake of restoring faith and honesty in our elections.”

Thompson previously dismissed eight other counts alleged in Lake’s lawsuit prior to trial, ruling that they did not constitute proper grounds for an election contest under Arizona law, even if true. But he permitted Lake an attempt to prove at trial the two remaining counts involving printers and the ballot chain of custody in Maricopa County.

The county, which spans the Phoenix area and houses a majority of Arizona’s population, was a hotbed of unfounded allegations of voter disenfranchisement in the midterms and 2020 election.

Technical experts who testified in support of Lake provided analysis that “does not nearly approach the degree of precision” needed to conclude that the election results were tainted,” Thompson said in his ruling.

After the election, Lake falsely claimed that a mishap with some printers in Maricopa County was part of a deliberate effort to rig the vote against her. But the judge’s ruling noted that Lake’s “own witness testified before this Court that … printer failures were largely the result of unforeseen mechanical failure.”

According to Thompson’s ruling, Lake’s team had to show that someone intentionally caused the county’s ballot-on-demand printers to malfunction – and as a result of that, enough “identifiable” votes were lost to change the outcome of the election.

“Every single witness before the Court disclaimed any personal knowledge of such misconduct. The Court cannot accept speculation or conjecture in place of clear and convincing evidence,” Thompson wrote.

Maricopa County Board of Supervisors Chairman Bill Gates, a Republican who helps oversee elections, called the ruling “a win for Arizona voters and American democracy.”

“Arizona courts have made it clear that frivolous political theater meant to undermine elections will not be tolerated,” Gates said in a statement Saturday.

During the two-day trial, Lake’s legal team broadly criticized Maricopa County’s management of the election and claimed that long lines led Republican would-be voters to turn away on Election Day.

Tom Liddy, a lawyer for Maricopa County, faulted Lake’s campaign and the Arizona Republican Party for casting doubt on the validity of early and mail-in votes, which left GOP voters bearing the brunt of minor issues on Election Day.

“That’s political malpractice,” said Liddy, a Republican. “You reap what you sow.”

Maricopa County elections co-director Scott Jarrett detailed the causes of printing problems in some polling places on Election Day that resulted in on-site ballot tabulators being unable to read some ballots.

Jarrett said in some printers, toner wasn’t dark enough – a problem that resulted in voters whose ballots couldn’t be read having to place their ballots in “door 3,” a secure box used for ballots that would need to be counted later at a central location. Jarrett said about 17,000 ballots ended up in “door 3” boxes across the county.

He also said that at three of the county’s 223 sites, “shrink to fit” settings were improperly selected on ballot printers by technicians who were attempting to solve those toner problems. That resulted in about 1,300 ballots being printed slightly too small for on-site tabulators to process.

Those ballots were later duplicated by hand and then counted, he said.

He said he had “no reason to believe” any of the problems were the result of intentional misconduct. All of those votes, he said, were ultimately counted after they were transferred to a bipartisan duplication board.

Lake’s team had also claimed at the trial that employees at Runbeck, a Maricopa County ballot processing contractor, had improperly inserted their own ballots and those of family members into batches to be counted on site, rather than returning those ballots through proper channels.

In response, Rey Valenzuela, the Maricopa County co-director of elections in charge of early voting, said that the county had never authorized Runbeck employees to deliver ballots directly to the Runbeck site and that he was not aware of the contractor’s employees ever having done so.

Lake’s legal team has until Monday to respond. Hobbs is slated to be inaugurated as governor on January 2.

This is story has been updated with additional details.