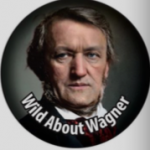 The Kentucky Symphony Orchestra keeps on truckin’ with its 31st season providing Northern Kentucky and Greater Cincinnati with a unique brand of culture and entertainment.

The orchestra is directed by James R. Cassidy.

For 2022-23 the KSO returns to Greaves Concert Hall on the campus of NKU for 4 of its 5 programs and a return to reserved seating/tiered pricing.

The season opens on Saturday, October 22.

Like last season, concerts will be offered in-person and via live streamed for $35 per single ticket or $150 for all five concerts for the best seats in the house.

Mark your calenders now for a season-full of spectacular entertainment:

The 19th c. debate between the schools of traditional  conservative symphonic and chamber music, championed  by Johannes Brahms and the progressive, harmonically  complex, heavily orchestrated, epic forms preferred by  Richard Wagner, led composers, musicians, critics and  audiences to align themselves with one or the other musical camps.

The KSO thought it might be fun to stage a debate between the two musical parties, with each composer offering opening symphonic remarks (Rienzi Overture, Symphony No. 3) and reversing the order of their responses (Five Hungarian Dances, “Prelude and Liebestod”) before each issues brief closing statements (“Ride of the Valkyries,” Hungarian Dance, No. 5).

The audience will brandish buttons supporting their candidate composer. On-line surveys will determine the winner. 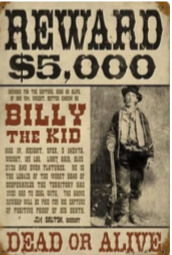 When pop music traverses into the symphonic realm,  it is often the iconoclast who makes that foray. Frank  Zappa certainly went his own way with his brand of  rock music, and he left his final impression in 1992  with a collection of short symphonic works under the banner The Yellow Shark.

Experiencing performances of any these works live is a rare event anywhere on the planet.

Don’t miss them in Northern Kentucky.

Some of the world’s most beloved symphonic music is found in music of the dance and ballet scores. The KSO, in its quest to uncover unique and engaging music, found three inspiring and diverse 20th c ballet scores by Aaron Copland (Billy The Kid Suite), William Grant Still (Sahdji) and Manuel de Falla (The Three-Cornered Hat), which tell the stories of a wild-west outlaw, an African hunting festival, and Spanish seduction.

The music and tales are colorful, employing cowboy tunes, ceremonial drumming and chanting, and flamenco flair and sizzle. The Young Professional Choral Collective and mezzo soprano Quinn Ankrum will make their KSO debuts. 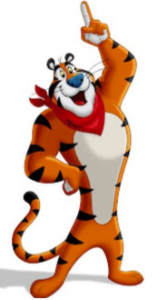 The KSO’s penchant for thematic programming doesn’t often allow it to  present classical works without a story or concept associated with them. 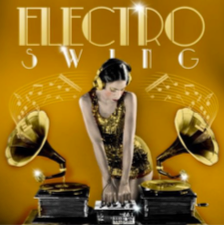 The KSO closes out its 31st campaign with Millennial vs Gen Z Swing.

For 30 seasons the KSO has differentiated itself from more traditional orchestral offerings via its unique thematic presentations and its mission to make symphonic music and the concert experience attractive, accessible and affordable.

Tickets for each show this year remain where they have been for several years at $35 to experience great musicians, guest artists and innovative programming unique to our region.

For those who need to stay home, the KSO continues live streaming each concert (with multiple cameras) for your ‘at home access’ for the price of a single ticket.

Subscribers to all five shows get in-person, preferential seating, flexible use and access to live streams with a $25 savings.