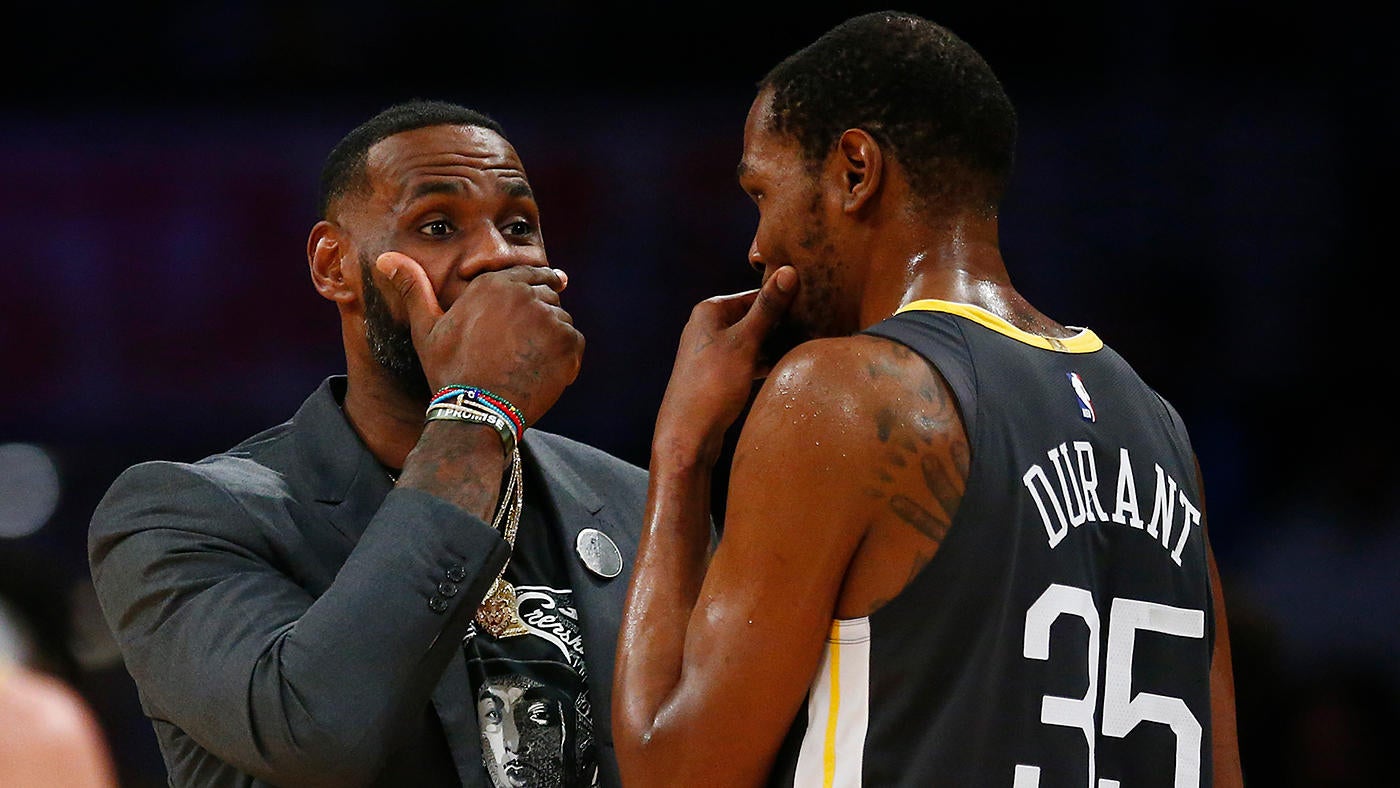 Nothing hits NBA fans quite like a juicy, succulent, superstar trade request or a ripe, plump, free-agency decision just waiting to be plucked off the vine.

Case in point, this offseason saw blockbuster trades for an All-NBA center in Rudy Gobert and an All-Star point guard in Dejounte Murray — moves that could significantly alter the landscape of both conferences and eventually create two new, legitimate title contenders.

Instead, we continue to focus our smartphone-era attention spans on Kevin Durant’s pending divorce from the Brooklyn Nets and LeBron James’ potential free agency — which wouldn’t occur until next offseason. The very millisecond that a transaction has been completed, we set our sights on the next one like a game of NBA Transaction Whack-A-Mole.

Before news of the Gobert deal could even be retweeted, for example, we all wanted to know what the Utah Jazz were going to do with their other All-Star, Donovan Mitchell. It’s only natural. Take a look at Vogue and you’ll see bountiful previews of spring 2023 collections — not retrospectives on passé summer 2022 lines.

Jordan Peele, the actor and filmmaker who has built his successful directing career through fear-inducing films like “Get Out,” “Us” and the newly released “Nope,” eloquently summed up the nature of suspense, and how the element of anticipation is often more powerful than anything that can be shown on screen.

“Look at ‘Blair Witch,’ that’s one of the scariest films of all time. Nothing f—ing happens,” Peele said during an interview with the American Film Institute. “It all feeds to this thing that, with horror, the scariest thing that you can put an audience through is allow their imagination to go crazy. In fact, you can have a movie where nothing happens if the audience knows we’re headed somewhere, and they’re trying to figure out where that is.”

Not only does Peele describe the titillating effect of suspense, but he also explains how finally revealing the object the audience has been building up in their heads can ultimately lead to disappointment.

“I think, quite often what happens in a horror film, in many horror films that maybe work less for me, is like, the second you see the monster it’s like, ‘Ah, OK. Yeah that’s kinda, that’s lamer than what I thought the monster would look like. OK, alright we’ll deal with it.’ But, you know, it’s the ‘Jaws’ rule, right? Don’t show that monster until late.”

The monster for NBA fans is the Durant trade, the potential LeBron signing or the potential future transaction du jour, and we’re currently sitting nervously in the first act of the movie, when anticipation is king.

As we speak, fans of the other 29 NBA teams are giving trade machine sites record numbers, concocting elaborate avenues for Durant to land with their franchise. Similarly, Cleveland die-hards envision a glorious reunion in which LeBron shirks the glitz and glamour of Los Angeles to join the up-and-coming, young core of the Cavaliers and bring the city another title.

The possibilities are endless, but they won’t last forever.

We need only look at Durant’s history to see how quickly anticipation can devolve into disappointment. As the most highly sought-after free agent in the 2016 class, Durant reportedly held meetings amidst the posh Hamptons backdrop with the Boston Celtics, Miami Heat, Los Angeles Clippers and San Antonio Spurs. Signing with any of those franchises, or returning to the incumbent Oklahoma City Thunder, would have changed their fortunes immeasurably.

Instead he hitched his wagon to the 73-win Golden State Warriors, and was immediately accused of being a coward, a cheat code — destroying the parity of the game by unfairly creating an unbeatable team. After two titles in two seasons, speculation of another Durant departure began once again during his third year with Golden State, exacerbated by an on-court blow-up with Draymond Green that led to rampant speculation.

Sure enough, Durant entered free agency once again in 2019, this time choosing to join up with Kyrie Irving and the Brooklyn Nets — a situation in which the expectations have far exceeded the team’s reality.

So here we are again. Durant’s next destination has been the heartbeat of the NBA rumor mill for over a month, and, chances are, the results will pale in comparison to what’s been milling in our imaginations. If he gets traded, let’s say to the Heat or Suns, 29 other fan bases will immediately lose interest. There’s also the increasingly realistic possibility of Durant simply rescinding his request and suiting up for the Nets again next season. It’s certainly happened before, with superstars like Kobe Bryant, Kareem Abdul-Jabbar and Hakeem Olajuwon eventually finding compromises with ownership to remain with their franchises.

James could sign an extension with the Lakers this summer, putting an end to the Cleveland talk for the time being and forcing us to find some other star to photoshop into a new uniform.

The point is, let’s enjoy this suspense while we can. It’s basically unprecedented that a superstar of Durant’s ilk makes a trade request with four years left on his deal, and the league is in a state where his presence could turn any number of teams into a championship favorite. James might go down as the best to ever play, so the setting for his final act is one we eagerly await.

As much as we love the game itself, the NBA, at its core, is entertainment. This summer we’ve been given an opportunity to be in a buzzing, crowded theater for a big-budget thriller, so let’s savor the anticipation before the potentially “lame” monster is ultimately revealed.