King Charles III, in his first address, pledges “lifelong service” as he thanks his “darling mama” 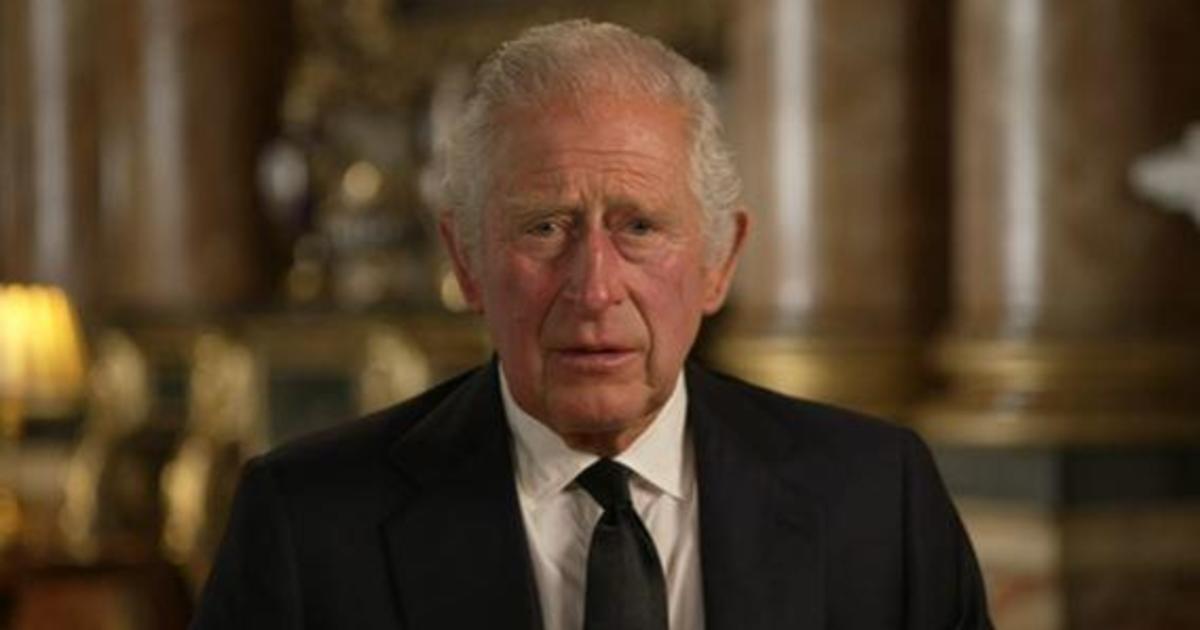 King Charles III delivered his first address as king to the British people on Friday following the death of his mother Queen Elizabeth II. For most Britons, the queen was the only monarch they ever knew, and her passing marked the end of an era that spanned seven decades.

“I speak to you today with feelings of profound sorrow,” King Charles said in his address. “Throughout her life, Her Majesty the Queen, my beloved mother, was an inspiration. An example to me and to all my family, and we owe her the most heartfelt debt any family could owe to their mother.”

Charles returned to London earlier Friday after spending the night at Balmoral Castle in Scotland, where the queen died. In his address to the nation, which aired during a televised service of remembrance at London’s St. Paul’s Cathedral, he noted his mother’s dedication to her country.

“That promise of lifelong service I renew to you all today,” Charles said.

In the capital, throngs of people greeted the new king and his wife Camilla, the Queen Consort, as they made their way into Buckingham Palace, where Charles’ speech was recorded.

Members of the public and the government who were gathered at St. Paul’s held a moment of silence before King Charles’ speech was played out.

“As the queen herself did with such unswerving devotion, I too now solemnly pledge myself, throughout the remaining time God grants me, to uphold the constitutional principles at the heart of our nation. And wherever you may live in the United Kingdom or in the realms and territories across the world, and whatever may be your background or beliefs, I shall endeavour to serve you with loyalty, respect, and love.”

Charles said that he had given his heir, William, his former title of Prince of Wales, and expressed his support for his younger son Harry and his wife Meghan.

“With Catherine beside him, our new Prince and Princess of Wales will, I know, continue to inspire and lead our national conversations, helping to bring the marginal to the centre ground where vital help can be given… I also want to express my love for Harry and Meghan as they continue to build their lives overseas.”

The new king concluded his speech with some warm words for his departed mother, Queen Elizabeth II.

“To my darling mama, as you begin your last great journey to join my late papa, I must say only this. Thank you. Thank you for your love and devotion to our family and to the family of nations you have served so diligently all these years. May flights of angels sing thee to thy rest.”

The royal transition happens at a time when Britain is facing economic challenges. With Russia’s war in Ukraine causing an energy crisis, Truss announced an initiative Thursday to cap heating and electricity prices for the next two years.