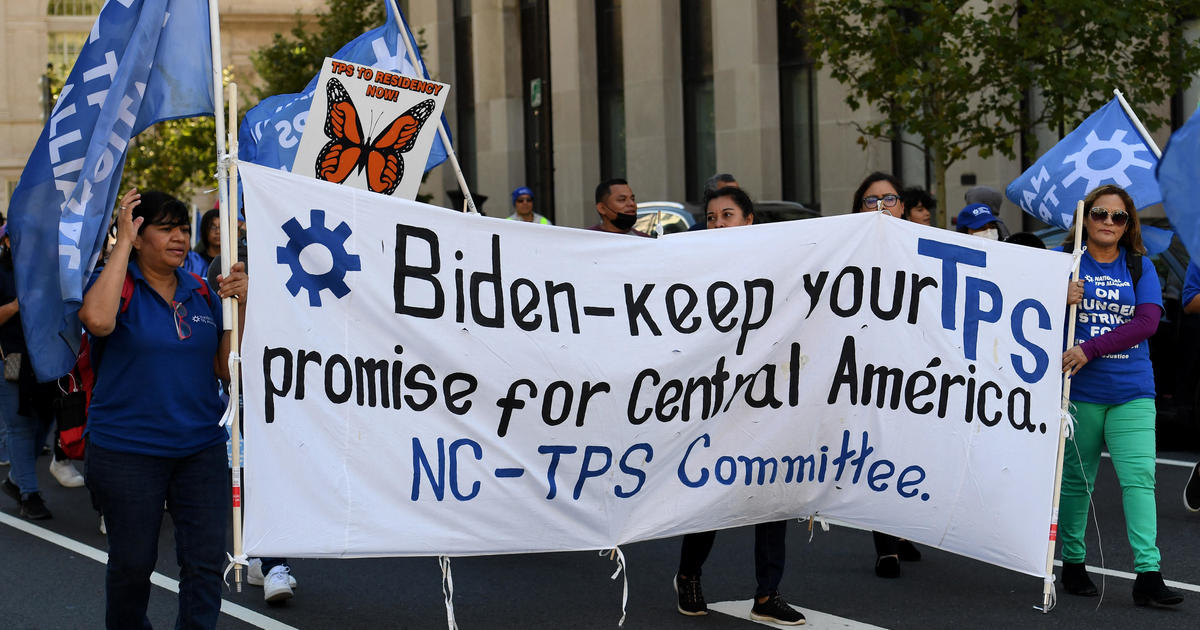 Negotiations between the Biden administration and attorneys representing hundreds of thousands of immigrants living in the U.S. under a temporary humanitarian program collapsed this week, paving the way for Trump-era decisions to revoke their legal status to take effect absent court intervention.

After more than a year of federal court talks, the Biden administration and the immigrants’ lawyers failed to forge an agreement over ways to protect groups of immigrants who the Trump administration decided should no longer be allowed to live and work in the U.S. under the Temporary Protected Status (TPS) program.

Due to the talks’ collapse, roughly 337,000 immigrants from El Salvador, Nicaragua, Nepal and Honduras could lose their ability to live in the U.S. legally under TPS as early as Dec. 31. The program allows the Department of Homeland Security (DHS) to offer deportation protections and work permits to immigrants from countries with armed conflict, environmental disasters or other “extraordinary” emergencies.

Lawyers representing the Central American and Nepali immigrants said the two parties determined on Tuesday that the Biden administration would not agree to their proposals for a settlement in the years-long court case over the Trump administration’s efforts to terminate the TPS programs.

Ahilan Arulanantham, a lawyer representing immigrants in the case, said the failure to reach a compromise means the Biden administration will be defending the Trump administration’s decisions to terminate TPS protections for tens of thousands of immigrants.

“The government’s position here and its conduct over the last 18 months is deeply inconsistent with the president’s promise to protect this community,” said Arulanantham, who is also the co-director of the UCLA Center for Immigration Law and Policy. “This community has lived in limbo and fear the last 18 months waiting for the Biden administration to fulfill its promise and protect them.”

During the 2020 presidential campaign, President Biden vowed to prevent the deportation of TPS holders to “unsafe” countries.

A DHS spokesman said the department could not comment on pending litigation. “Current TPS holders from El Salvador, Nepal, Nicaragua, and Honduras will continue to be protected over the coming months,” the spokesperson added.

The settlement negotiations that ended this week stemmed from a lawsuit filed in 2018 against the Trump administration’s decision to stop allowing hundreds of thousands of immigrants from Sudan, Nicaragua, Haiti and El Salvador to live in the U.S. under the TPS authority.

A federal judge in California in Oct. 2018 barred the Trump administration from ending the TPS programs for these countries, saying officials did not adequately justify the decision and that the terminations raised “serious questions” about whether they stemmed from animus against non-White immigrants. As part of the case, the Trump administration agreed to pause its effort to end TPS programs for Honduras and Nepal.

In Sept,. 2020, however, the U.S. Court of Appeals for the 9th Circuit set aside the lower court injunction, saying courts could not second guess DHS’ TPS decisions. The three-judge panel also said it did not find a direct link between President Donald Trump’s disparaging comments about non-White immigrants and the TPS terminations.

The 9th Circuit ruling, however, did not take effect because attorneys representing the TPS holders asked the court to consider rehearing the case “en banc,” or with all active judges participating. Soon after Mr. Biden took office in 2021, his administration entered settlement talks with the lawyers for TPS holders, pausing the court case.

Over the past year and a half, the Biden administration announced extensions of the TPS programs for Haitian and Sudanese immigrants living in the U.S., but it has not announced similar moves for immigrants from El Salvador, Nicaragua, Nepal and Honduras.

Now that the settlement negotiations have ended, the 9th Circuit will be able to decide whether it will grant or deny the request to rehear the case, said Arulanantham, the attorney representing TPS holders.

If the court denies the request before Nov. 30, Arulanantham said the TPS programs for El Salvador, Nicaragua, Nepal and Honduras will expire on Dec. 31, as outlined by a DHS announcement. But if the request is granted, or not decided by Nov. 30, Arulanantham said the TPS programs will be extended for another nine months as part of a stipulation in the court case.

But Arulanantham said the Biden administration could have avoided this situation by extending the TPS programs for El Salvador, Nicaragua, Nepal and Honduras, just like it did for Haiti and Sudan.

The Biden administration is overseeing a record high number of TPS programs, using the authority to protect 16 groups from deportation, including immigrants from Venezuela, Myanmar, Haiti, Afghanistan, Ukraine, Cameroon and Ethiopia.

Arulanantham said the programs’ potential demise would also affect several hundred thousand U.S.-born children of TPS holders, some of whom have lived in the U.S. for over two decades.

“I find it so disappointing that the Biden administration had a clear opportunity to end that suffering for all of these American kids and failed to do so,” he said.

Editor’s note: The number of immigrants from the countries in question who are covered by TPS has been updated to reflect the figures that USCIS reported to Congress.