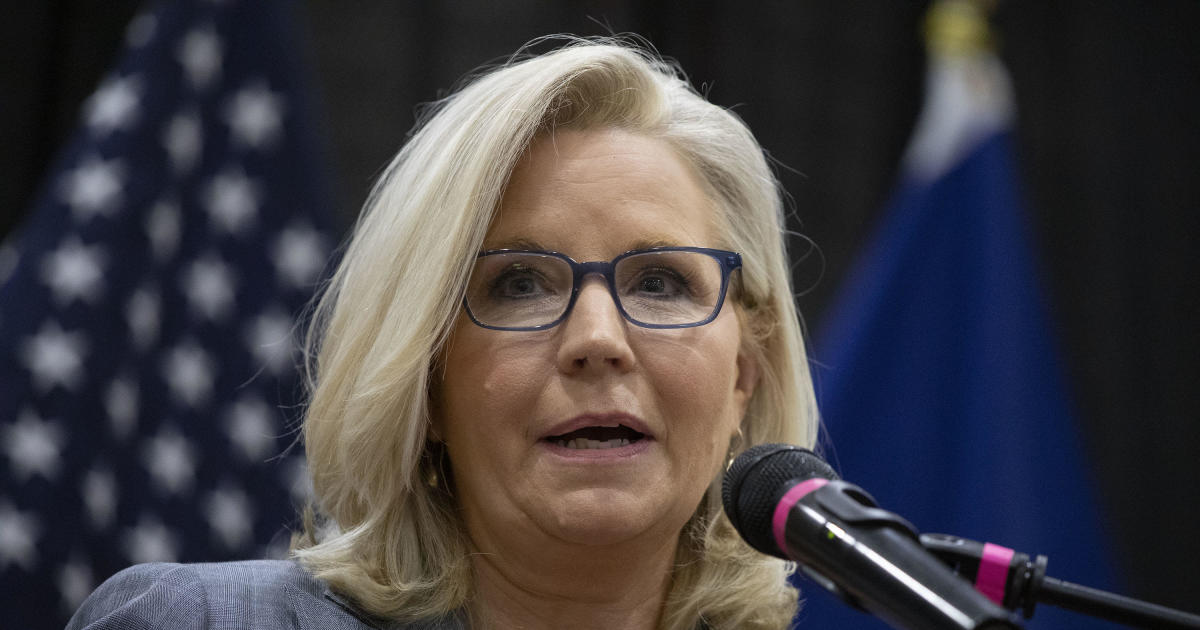 Washington — Republican Rep. Liz Cheney said Tuesday that if she were an Ohio voter, she would cast her ballot for Democrat Rep. Tim Ryan for the Senate rather than his GOP opponent J.D. Vance.

“I would not vote for J.D. Vance,” Cheney, of Ohio, told “PBS Newshour” anchor Judy Woodruff during an event at Cleveland State University.

Asked whether she would then be voting for Ryan, who she serves alongside in the House, if she were a voter in Ohio, Cheney replied, “I would.”

Ryan, who is serving his 10th term in the House, and Vance are vying to fill the Senate seat being vacated by retiring GOP Sen. Rob Portman. Former President Donald Trump won Ohio in 2020, though the Senate contest has grown more competitive with Election Day growing closer.

Trump endorsed Vance in the Republican Senate primary and held a rally for him and other GOP candidates running in Ohio last month. The former president is also slated to stump for Vance on the eve of Election Day in Dayton. Vance has embraced Trump’s unfounded claims that the 2020 presidential election was stolen.

Ryan, meanwhile, is not the first Democrat that Cheney has endorsed ahead of the midterm elections, and she said Tuesday that she could “possibly” throw her support behind more Democratic candidates in the final stretch before Election Day. The Wyoming Republican endorsed Democratic Rep. Elissa Slotkin of Michigan over Republican state Sen. Tom Barrett, and she urged Arizona voters to reject the Republican nominees for governor, Kari Lake, and secretary of state, Mark Finchem.

Cheney on Tuesday urged more people to run for office and lamented that voters often have “really bad choices” when they go to cast their ballots.

The congresswoman said she believes most Americans have faith in the democratic system, but warned that to preserve it, they need to cast aside party loyalty and instead elect candidates who will put the nation’s interests first.

“We have to have elected officials who are responsible, who are going to do the right thing, with whom you might disagree but whom you know have the best interest of the nation at heart and in mind,” Cheney said. “That gives me hope that we’re going to come out of this moment we’re in now, but I think it’s going to require people being willing to say, ‘when I walk in to cast my vote, I’m not going to reflexively vote for the Republican. I’m not going to reflexively vote for the Democrat. I’m going to think about challenges we face as a country and who among these candidates do I trust the most to be able to do what’s necessary for our nation.'”