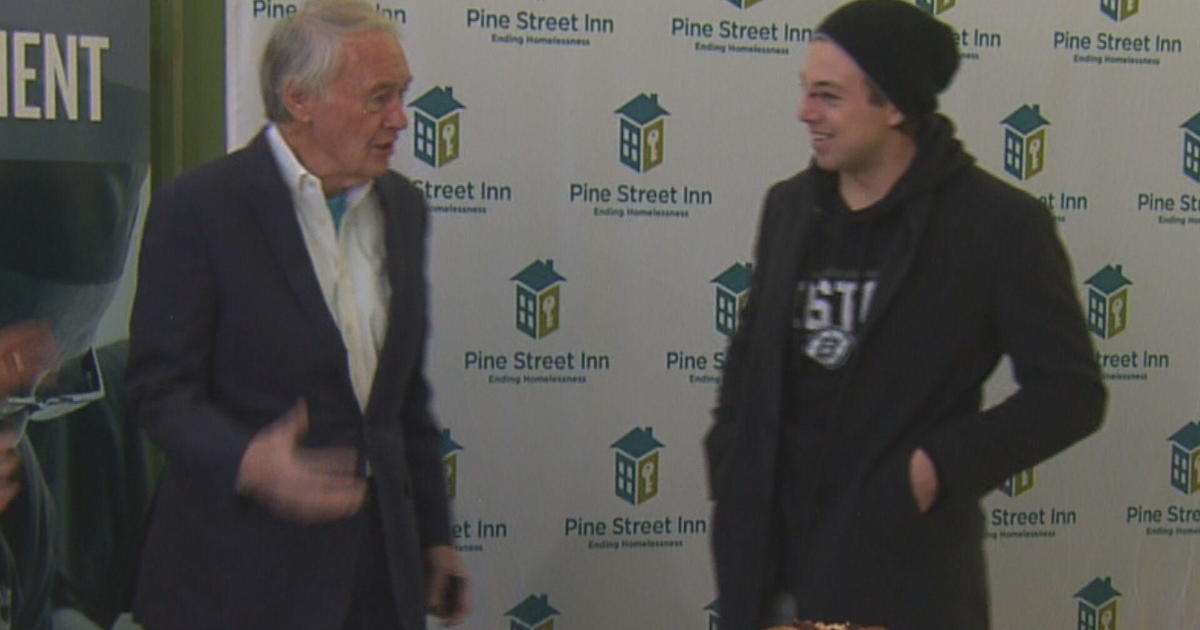 BOSTON – Boston politics and sports came together for a good cause on this Thanksgiving.

“I just show up and, you know, obviously, to volunteer the time, but it’s so easy. You meet some incredible people,” McAvoy told WBZ-TV.

“We want to make sure that everyone is able to celebrate,” added Markey.

From the Pine Street Inn to St. Francis House in Boston, hundreds of people received a warm plate of turkey and all the fixings.

“It’s a very hard day to be here. It’s a bittersweet day. Everybody else is going home. If you’re homeless, you’re here,” said Pine Street Inn President Lyndia Downie. “They really feel it.”

It’s the only sense of family Melissa Cobb will feel all day. Cobb, who’s now in recovery from addiction, ended up on the street in 2015 and tells us seeing the mayor and a Bruin serving meals to those without a home gives her hope.

“Keep my head on my shoulders the right way and stay on the straight and narrow,” Cobb said. “I haven’t used in a long time but finding housing alone is hard.”

Mayor Wu agrees more needs to be done around homelessness, poverty and the crisis along Mass and Cass.

“There are more than 150 people right now… waiting for housing,” said Mayor Wu. “Prices are going up everywhere. It feels like everyone is treading water… We see you, and we value and appreciate everyone in our community.”

That feeling of giving back is also why Megan Gates volunteers handing out meals year after year.

“There’s more of a need given the pandemic. There’s been a lot of difficulty – young, old,” she said.

And it doesn’t go unnoticed by those who need it the most.

“Just being around people who truly love and care about me,” said Cobb.

Tiffany Chan is a general assignment reporter for WBZ-TV.