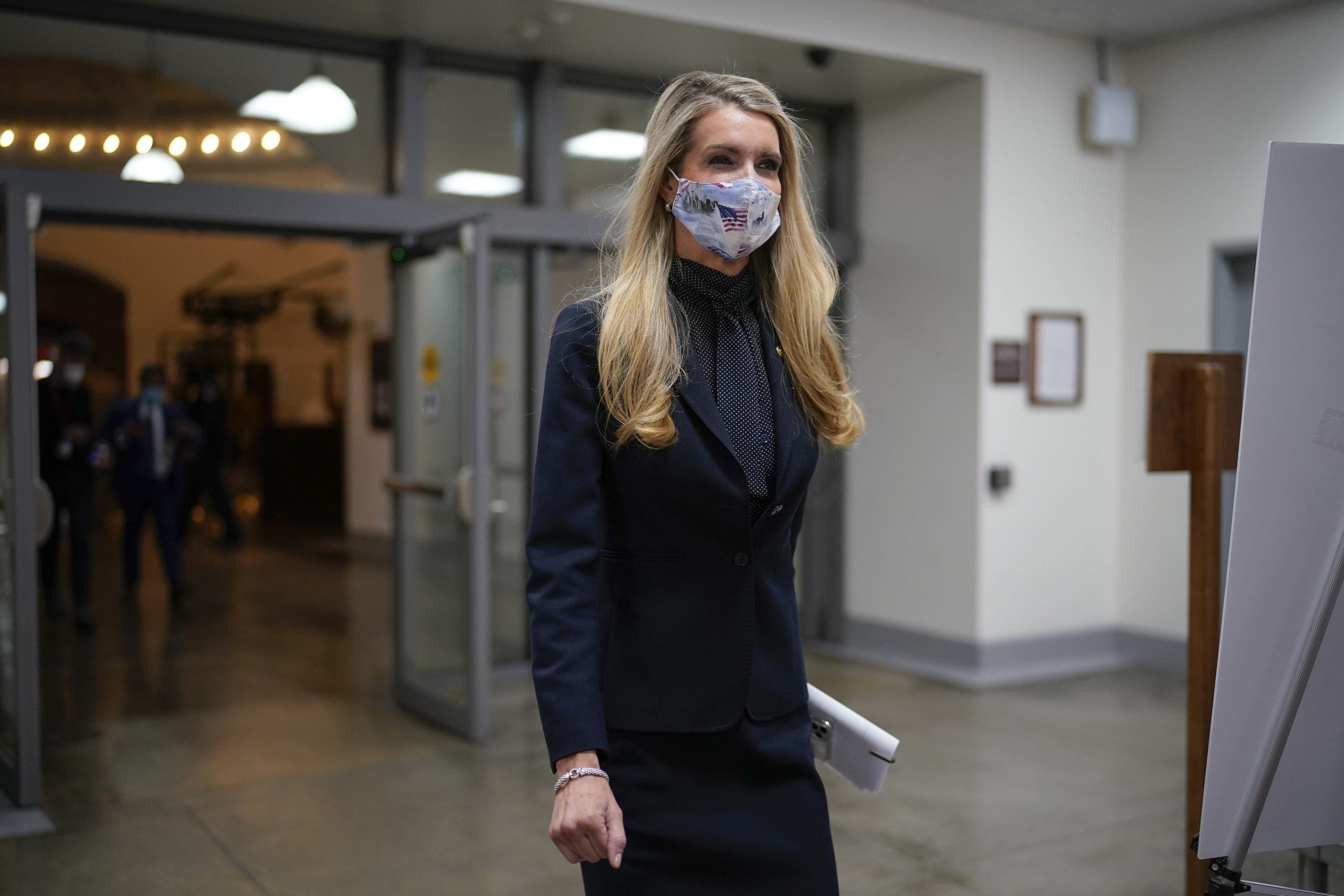 Notably, the log of texts was sent as a report from Cellebrite, a service typically used by investigators to extract digital data from cell phones. The nature of the document suggests Loeffler’s phone may have been subpoenaed or otherwise provided to prosecutors in Fulton County, Georgia, who are currently investigating Trump’s attempts to influence 2020 election results in the state.

Loeffler aides did not respond to multiple requests to confirm the authenticity of the messages log, which was first reported on Wednesday night by the Atlanta Journal Constitution. Caitlin O’Dea, a Loeffler spokeswoman, described the release of the document as an attempt to divert public attention ahead of the midterms.

“The liberal media are being weaponized by criminal elements on the Left to promote unverified content in a desperate attempt to distract voters twenty days from the election,” O’Dea said.

Metadata accompanying the document suggests it was created on July 25, 2022. Asked for further comment about the origin of the Loeffler texts in the log, its anonymous sender said late Wednesday: “Should you ever question their authenticity, don’t hesitate to contact any of those concerned. Mind you, only a daredevil can make a fortune!”

A sizable chunk of the Loeffler messages reveal her Senate GOP colleagues’ efforts to lobby her in support of their efforts to contest Trump’s loss to President Joe Biden.

On Jan. 1, 2021, according to the log, Sen. Ted Cruz (R-Texas) texted Loeffler: “Got a sec to chat?” It’s not immediately clear what the two senators discussed on the phone, but later that evening Cruz texted Loeffler a proposed statement on objecting to election results: “…Accordingly, [I/we] intend to vote on January 6 to reject the electors as not “regularly made” and “lawfully certified” (the statutory requisite), unless and until that emergency 10-day audit is completed.”

Cruz spokesperson Dave Vasquez responded: “As Senator Cruz has stated before, had Congress followed the path he urged and appointed an Election Commission to conduct an emergency 10-day audit and consider on the merits the evidence of voter fraud, the American people would today have much greater confidence and trust in the integrity of our elections and our democracy.”

Another message Loeffler received on Nov. 9, 2020, the same day she amplified claims of widespread anti-Trump voter fraud that later proved baseless and called for the resignation of Georgia’s Republican secretary of state Brad Raffensperger, came from his wife, Tricia.

Tricia Raffensperger reminded Loeffler that they’d met at a Christmas party in Washington before excoriating the senator for her political attack on the state’s chief elections official.

“Never did I think you were the kind of person to unleash such hate and fury on someone in political office of the same party. My family and I am being personally besieged by people threatening our lives because you didn’t have the decency or good manners to come and talk to my husband with any questions you may have had. Instead you have put us in the eye of the storm,” Tricia Raffensperger texted Loeffler in a message authenticated by a person familiar with it.

“Unlike you my husband is an honorable man with integrity to do the right thing,” she continued, asking: “What kind of person are you that would purposely do this? I am so disappointed, I thought you were better than that! You do not deserve to be in elected office. You are not worthy of the high calling of that position.”

Tricia Raffensperger has spoken publicly about the threats she and her family faced in the aftermath of the election and told Reuters in June 2021 that her family went into hiding for a week in November 2020 after a break-in at their widowed daughter-in-law’s home.