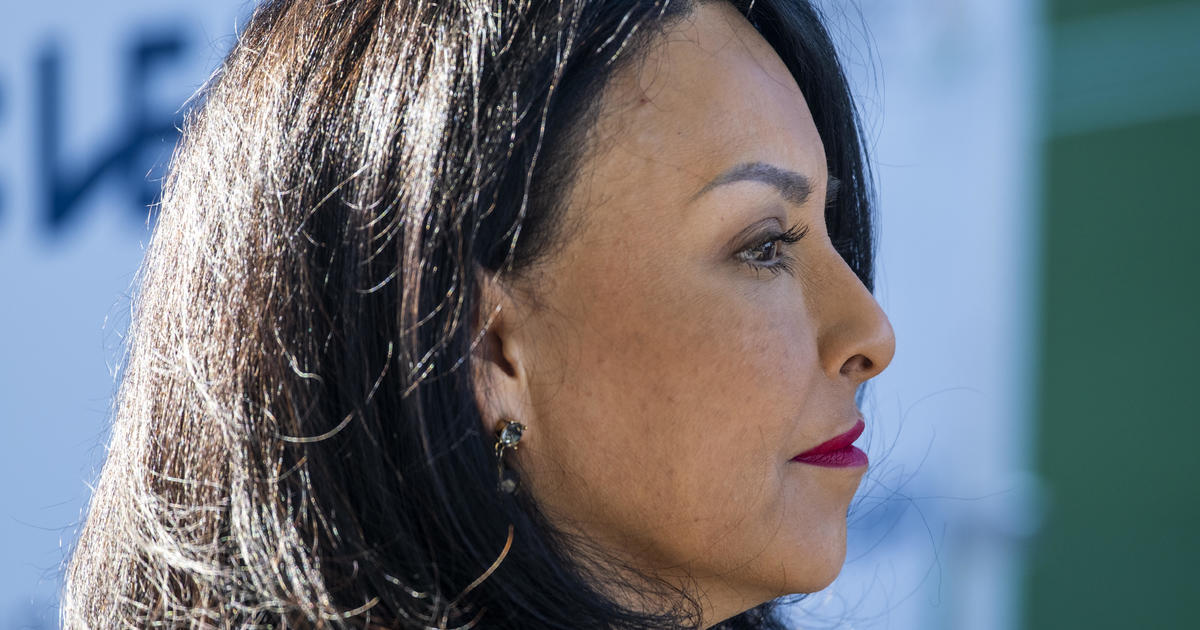 Los Angeles City Council president Nury Martinez announced her resignation Monday after she was heard making racist comments about a councilmember’s Black son in a leaked recording of a conversation with other leaders.

“As a mother, I know better and I am sorry,” Martinez said in a statement released Monday morning. “I am truly ashamed. I know this is the result of my own actions.”

Addressing Councilmember Mike Bonin and his husband, Martinez said in the statement, “I’m sorry to your entire family for putting you through this.”

Martinez’s comments stemmed from a conversation in or around October of 2021 about the redistricting process — a discussion that spanned about an hour, according to the Los Angeles Times.

The Times said Martinez and the other Latino leaders on the call apparently didn’t know it was bring recorded. It remains unclear who recorded the audio and leaked it.

During the conversation, according to the newspaper, Martinez referred to Bonin’s son, who is Black, as “Parece changuito,” which translates from Spanish to English as “that little monkey.”

The Times also reported that Martinez appeared to discuss Bonin’s child’s behavior during a parade. The parade as referenced appears to have occurred around 2017. She allegedly said on the call, “[t]hey’re raising him like a little White kid. I was like, this kid needs a beatdown. Let me take him around the corner and then I’ll bring him back.”

De León, according to the Times, also allegedly likened Bonin’s handling of the child to “when Nury brings her little yard bag or the Louis Vuitton bag.”

On Sunday, following the publication of the Times’ article, Martinez issued this statement to CBS Los Angeles:

“In a moment of intense frustration and anger, I let the situation get the best of me and I hold myself accountable for these comments. For that I am sorry. The context of this conversation was concern over the redistricting process and concern about the potential negative impact it might have on communities of color. My work speaks for itself. I’ve worked hard to lead this city through its most difficult time.”

De León similarly apologized, saying, “There were comments made in the context of this meeting that are wholly inappropriate, and I regret appearing to condone and even contribute to certain insensitive comments made about a colleague and his family in private. I’ve reached out to that colleague personally. On that day, I fell short of the expectations we set for our leaders — and I will hold myself to a higher standard.”

According to the Times, following the revelation of the leaked audio, Bonin said in an interview that he was “disgusted.”

“There’s more I will say later, but right now … I’m still digesting it. I’m disgusted and angry and heartsick,” he said. “It’s fair game to attack me but my son? You have to be pretty petty and insecure and venomous to attack a child. He wasn’t even 3 years old. Other than that, I’m speechless.”

Hours later, Bonin and his family issued a statement calling on the City Council to remove Martinez as president and calling for Martinez’s resignation:

Since the Times’ report came out, both Martinez and de León have been criticized by L.A. political and legal leaders.

“I am saddened and disappointed by the racist comments made in the conversation between various council members. I share the outrage of Mike Bonin and all members of the African American community. Anti-Blackness has no place in Los Angeles,” Los Angeles County District Attorney George Gascón said in a statement to CBS L.A.

“I want to start by apologizing. While I did not engage in the conversation in question, I was present at times during this meeting last year. It is my instinct to hold others accountable when they use derogatory or racially divisive language. Clearly, I should have intervened. I failed in holding others and myself to the highest standard. The hurtful and harmful remarks made about my colleague’s son were simply unacceptable. We choose public life, but our families should always be off limits and never part of the political discourse,” Cedillo said in a statement obtained by CBSLA.

Protesters lined up outside Martinez’s home Sunday evening, demanding her resignation as president of the City Council.

The group of protesters eventually left the residence but not before voicing their opinions about the racially insensitive comments that Martinez made.

LAPD officers were at the scene of the protest and were seen picking up signs after the group of protesters left.