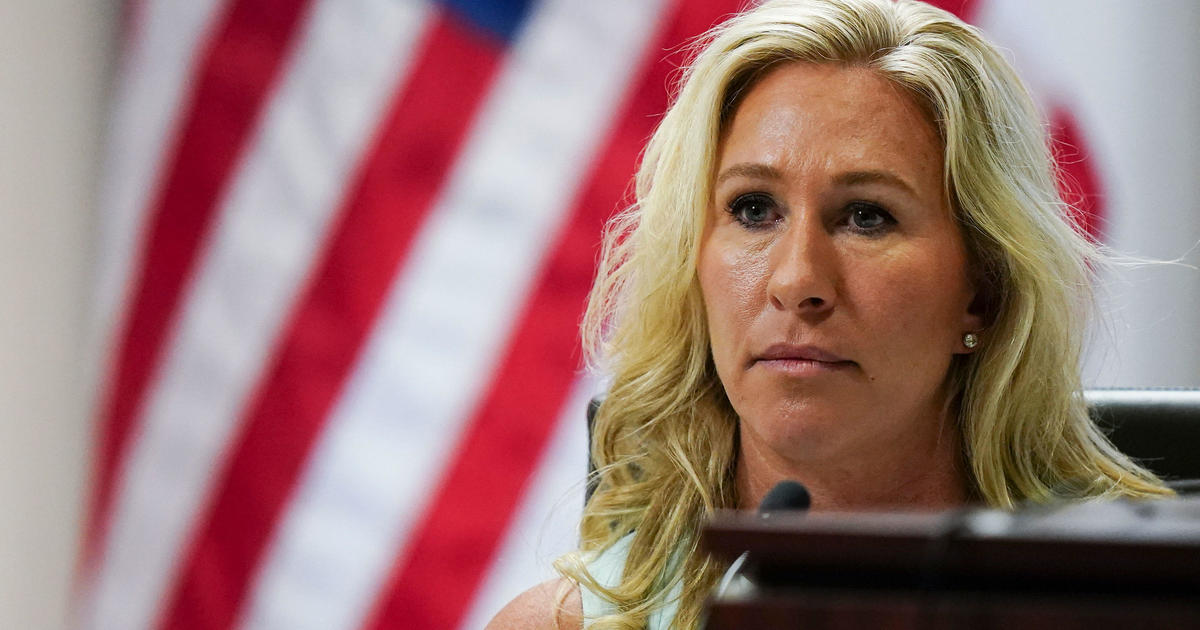 CBS News projects incumbent Rep. Marjorie Taylor Green has easily defeated her Democratic challenger Marcus Flowers in the race for Georgia’s 14th Congressional District. If reelected, Greene’s committee assignments are expected to be restored after the House in February 2021 voted to strip her of them because of controversial remarks she made on social media.

Greene raised nearly $12 million in campaign funds, according to Open Secrets, which tracks candidate fundraising and spending, while Flowers raised over $15 million. Both were in the top 10 for fundraising among House candidates these midterm elections. However, just $400,000 was spent in advertising to defend the 14th district seat.

Former President Donald Trump endorsed Greene, who frequently appeared as a speaker as his rallies. In 2020, he won in her congressional district by a landslide.

Greene was also one of the many Republican candidates running this year who raised unfounded doubts about the 2020 election and objected to the Electoral College certification on Jan. 6, 2021. Greene still continues to incorrectly insist the 2020 election was stolen from Trump, even though those claims are unfounded.

Greene repeatedly made false claims and perpetuated conspiracy theories during her first term. In January, her personal Twitter account was permanently suspended for perpetuating false claims about COVID-19. She can still tweet from her Congressional account, however.

Before she was elected, Greene posted several right-wing conspiracy theories and shared videos with antisemitic and anti-Muslim sentiment. She expressed support for violence against Democratic leaders in Congress. She “liked” a Facebook post that challenged the veracity of the 2012 mass shooting at Sandy Hook Elementary School in Newtown, Connecticut. Another video captured her confronting Parkland, Florida, school shooting survivor David Hogg.

After her posts resurfaced, Congress voted to strip Greene of her committee assignments, meaning she could not write bills. She could only vote as a member of the House of Representatives, but could not attend committee hearings. At the time, every Democrat and 11 Republicans voted for the measure, but Republican House minority leader Kevin McCarthy’s opposed it.

Some Republicans have rebuked Greene for her comments, but many were opposed to to stripping her of committee assignments. In an interview with CNN this week, McCarthy said Greene will serve on committees again if the GOP wins control of the House.

Each party assigns members of the House and Senate to different committees. Democrats were particularly opposed to her seat on the Education and Labor Committee, since she had previously promoted conspiracy theories related to the Parkland and Newtown school shootings.