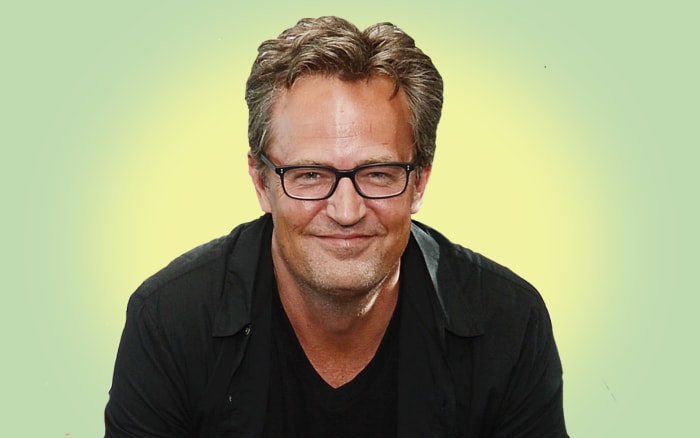 “I absolutely love the sport,” says Friends alum Matthew Perry, 52. “But I wish it was called anything other than pickleball,” he adds with a laugh. He may joke, but Perry plays almost every day, says pickleball pro Matt Manasse, who coaches Perry and other celebs, including Larry David. “Matthew is competitive and he’s getting very good. He’s using it to lose weight. He’s an awesome guy and will play with anyone at the club here. He has a full tennis background, so it was a semi-easy transition for him.”

Here are more celebrities who love the sport of pickleball.

Related: 10 Things You Need to Bring to the Pickleball Court

“It’s something I can play with my dad,” says Cameron Mathison, 52, who is Drew Cain on General Hospital and will star in GAC’s The Christmas Farm later this year. “And it’s been a great way to get to know the GH cast off set!”

“She kills me—if we play six games, I’ll win maybe two,” says George Clooney, 61, who told Yahoo! Entertainment that he plays pickleball with wife Amal, 44, on their court at their L.A. home. “Amal just beats the hell out of me.”

“My husband, Bill, and I were introduced to pickleball several years ago and have been playing it regularly ever since. We’ve competed in tournaments, even winning several of them, and are totally hooked!” says E! News reporter Giuliana Rancic, 47, who co-starred with Bill Rancic, 51, on Giuliana and Bill. “One of the reasons it’s the fastest-growing sport is because it’s easy to pick up at any age and you can start playing competitively in a rather short period of time. And since it’s great for all ages, it makes for a really fun family activity as well.” Rancic has a pickleball collection coming out soon as part of her clothing line G by Giuliana on HSN.

“I always love a sport where they say ‘Ah, you know what? You’re a nice little old person. You can play this. You’ll barely know that you’re moving,’” says Today’s Al Roker, 67.

“The [pickleball] court might be the only place in the world where I’m fully in the now,” says author and speaker Brené Brown, 56, who is part of the ATX Pickleballers owners’ group, which promotes major league pickleball. “Not thinking ahead, worrying, wondering—just keeping my eye on the ball and my head in the game. When I don’t do both, there’s immediate feedback. Like a ball to the face.”

“I started playing pickleball shorty after retiring,” former major league baseball player Chase Utley, 43, told Parade. “I now play at least once a week. The sport checks off all the boxes for me: hand-eye coordination, strategy and competition. Pickleball doesn’t discriminate; anyone can play regardless of age or skill set. I play with my kids, who are obsessed, my wife, who is a killer, and my buddies, who are keeping their pro dreams alive. Pickleball is here to stay and I highly suggest giving it a try.”

Related: What’s All the Racket About Pickleball?

Cate Blanchett on “Tár” and the art of transformation