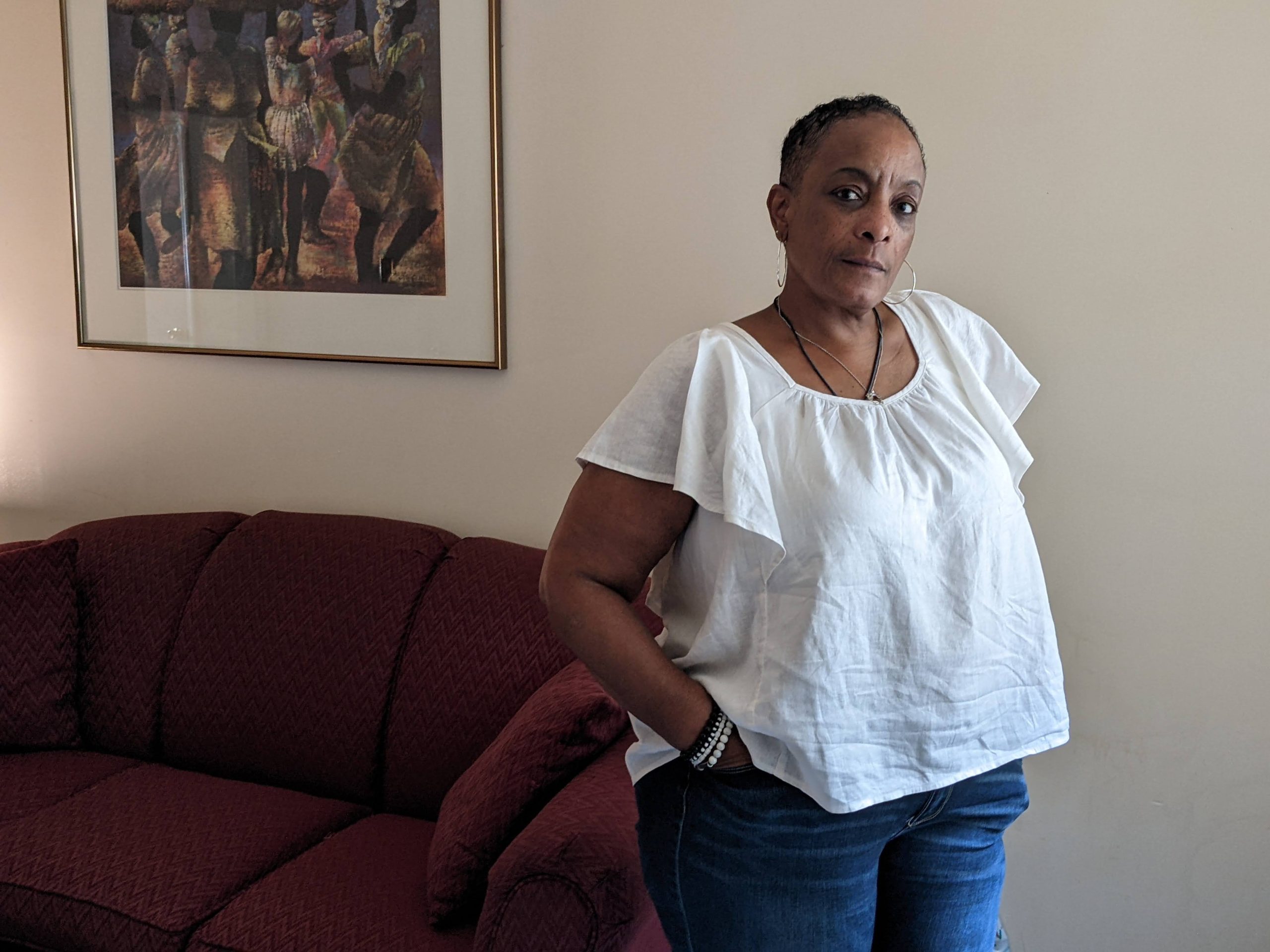 After a year of chemo and radiation, doctors told Penelope “Penny” Wingard in 2014 that her breast cancer was in remission. She’d been praying for this good news. But it also meant she no longer qualified for a program in her state that offers temporary Medicaid coverage to patients undergoing active breast cancer treatment.

Bills for follow-up appointments, blood tests, and scans quickly piled up. Soon, her oncologist said he wouldn’t see her until she paid down the debt.

“My hair hadn’t even grown back from chemo,” Wingard said, “and I couldn’t see my oncologist.”

Medical debt has sunk her credit score so low that she has struggled to qualify for loans, and applying for jobs and apartments has become a harrowing experience.

“It’s like you’re being punished for being sick,” Wingard said.

Earlier this year, when three national credit agencies announced new policies to deal with medical debt, consumer advocates celebrated, thinking it’d provide relief for patients like Wingard. But it turns out the changes aren’t enough to help her or many other Black and low-income patients, who are often the ones hit hardest by medical debt.

Under the new policies, Equifax, Experian, and TransUnion will remove from credit reports any paid debts or those that were less than $500, even if unpaid. This doesn’t wipe out what people owe, but the idea is to remove the black mark of collections from their credit so they can more easily reach milestones like qualifying for a car or home loan.

The changes, which go into full effect in 2023, are expected to benefit an estimated 16 million Americans. But a federal report released this summer suggests those may not be the ones who need it most.

“Although the credit reporting companies have trumpeted this as a big change, the fact is they’re just removing the small stuff,” said Ryan Sandler, a co-author of the report and senior economist with the Consumer Financial Protection Bureau. “They’re not maybe doing as good of a thing as their press releases would like you to believe.”

People burdened most by medical debt tend to be Black or Hispanic, low-income, and in the South. A nationwide KFF poll found 56 percent of Black and 50 percent of Hispanic adults say they have current debt due to medical or dental bills, compared with 37 percent of non-Hispanic white adults. And a study published in 2021 found medical debt was highest within low-income communities and in Southern states that had not expanded Medicaid.

But, Sandler said, “the population that is going to have all their collections removed is a little more likely to live in majority-white neighborhoods and high-income neighborhoods.”

Collections under $500 often result from an unpaid copay or coinsurance, Sandler said, and people with insurance are more likely to be richer and white.

Someone like Wingard — a Black woman living in North Carolina — is less likely to benefit from the credit companies’ new policies.

After Wingard’s oncologist cut her off, it took almost six months to find another doctor who would see her while letting bills go unpaid.

North Carolina has not expanded Medicaid, so Wingard, who is 58 and does not have young children, doesn’t qualify for the public insurance program in her state.

She estimates her total medical debt today is over $50,000. It’s not just for cancer care, but also bills for unrelated health problems that developed in the following years.

She has worked as an after-school teacher and tutor, a covid-19 contact tracer, and a driver for a ride-hailing service, but none of those jobs has come with health insurance benefits. Wingard can’t afford to buy private insurance. That’s left her on the hook for bill after bill after bill. Her credit report shows five pages of notifications from collections agencies representing doctors’ offices, hospitals, and labs.

Wingard is resourceful. She has hunted down clinics that work on sliding-scale fees, pharmacy programs that reduce copays, and nonprofits that help cover health care costs. But it has not been enough to dig her out of debt.

In February, Wingard needed a specialized mammogram to check for cancer recurrence. Ahead of the appointment, she contacted a local nonprofit that agreed to cover the cost. But a few weeks after the procedure, Wingard received a bill for nearly $1,900. There was some miscommunication between the nonprofit and the hospital, Wingard said. While she tried to resolve the issue, the bill went to collections. It’s more than $500, so it won’t be removed even when the new credit agency policies take full effect next year.

“You fight so hard and you go through so much,” Wingard said. “Still, sometimes you don’t see any kind of relief.”

Nearly 20 percent of Americans with medical debt don’t think they’ll ever pay it all off, according to the KFF poll. Wingard has resigned herself to living with the ramifications.

Her fridge and stove have both been broken for over a year. She can’t qualify for a loan to replace them, so instead of making baked chicken from her favorite family recipe, she often settles for a can of soup or fast-food chicken wings instead.

In emergencies — like when she needed to repair a broken tooth this fall — Wingard borrows from family. But it’s not easy to ask for money, she said. “It makes you feel worthless, like you can’t do anything.”

A study published recently found that medical debt leaves many people unable to pay for basic utilities, increases their housing and food insecurity, and can “contribute to a downward spiral of ill-health and financial precarity.”

For Wingard, it has hurt her ability to get a job. She said two employers told her that poor credit shows up as a red flag on background checks and has led her to be turned down for positions.

Employers sometimes use credit reports as a “proxy on character,” explained Mark Rukavina, a program director with the nonprofit health advocacy group Community Catalyst. If two candidates are equally qualified but one has low credit or several unpaid debts, employers might consider that person less responsible, he said — despite research showing medical debt is not an accurate predictor of someone’s likelihood to pay bills.

Although the new policies from credit companies are unlikely to improve Wingard’s situation, consumer advocates say there are signs that society is starting to think about medical debt differently.

The Biden administration has advised federal lenders to no longer consider medical debt when evaluating loan applications and has asked the Consumer Financial Protection Bureau to investigate whether medical debt should ever appear on credit reports.

A federal law banning certain types of surprise medical bills went into effect this year, and some states have strengthened protections against medical debt by expanding Medicaid or holding nonprofit hospitals accountable for providing financial assistance to low-income patients.

In August, VantageScore, a company that calculates credit scores, said it will stop using medical collections in its formula.

Wingard is ready for swifter and stronger change. And she has an idea for how to get there: a march on Washington to demand relief from medical debt and universal insurance to reduce future bills.

“For a million people to gather up there and say we need better health care, I think that’d be history-making,” she said. “Maybe then they’ll recognize we need help.”

“Diagnosis: Debt” is a reporting partnership between KHN and NPR exploring the scale, impact, and causes of medical debt in America.

The series draws on the “KFF Health Care Debt Survey,” a poll designed and analyzed by public opinion researchers at KFF in collaboration with KHN journalists and editors. The survey was conducted Feb. 25 through March 20, 2022, online and via telephone, in English and Spanish, among a nationally representative sample of 2,375 U.S. adults, including 1,292 adults with current health care debt and 382 adults who had health care debt in the past five years. The margin of sampling error is plus or minus 3 percentage points for the full sample and 3 percentage points for those with current debt. For results based on subgroups, the margin of sampling error may be higher.

Additional research was conducted by the Urban Institute, which analyzed credit bureau and other demographic data on poverty, race, and health status to explore where medical debt is concentrated in the U.S. and what factors are associated with high debt levels.

The JPMorgan Chase Institute analyzed records from a sampling of Chase credit card holders to look at how customers’ balances may be affected by major medical expenses.

Reporters from KHN and NPR also conducted hundreds of interviews with patients across the country; spoke with physicians, health industry leaders, consumer advocates, debt lawyers, and researchers; and reviewed scores of studies and surveys about medical debt.

Republish our articles for free, online or in print, under a Creative Commons license.

You are free to use NC Health News content under the following conditions: