Mental health, family and the power of a faith during a crisis 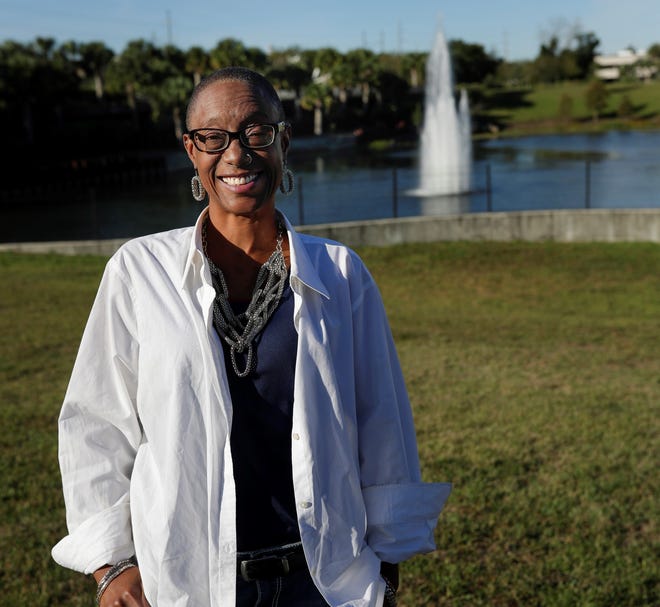 Mental health and spirituality are frequent talking points referenced in my columns.

I’ve been transparent about the healing journey for myself and my family.

This week’s piece continues with this theme. However, there’s a new level of prayer and praise regarding the faithfulness of God.

Pardon me while I testify about my newfound admiration for his protection and deliverance.

Mental health:Mental and emotional health are an ever-growing concern | Mahoney

This appreciation came following the disappearance and safe recovery of my middle child. He was missing for five days, wandering through multiple counties in south Georgia. Adding to the situation, he didn’t have a phone, money or an ID.

For context purposes, my son was diagnosed with schizophrenia in December 2017. He deals with the hyper-religious form of this mental condition.

I won’t bore you with deep medical terminologies. In short, it’s a psychosis in which a person has delusions of superiority. Their faith and spirituality are so high that sometimes they view themselves as God or hear misinterpreted heavenly voices.

Nevertheless, a diagnosis is not an identity. This goes for mental and physical health matters.

After living with us in Tallahassee since 2018, we decided a change of scenery was needed for our son.

This past December, he moved in with his younger sister in Decatur, Georgia. She did the best she could for her brother. However, the juggling act of looking after him and a newborn became overwhelming. He was now staying with my sister in our previous home in Douglasville.

On June 3, we drove there to bring him back with us. We returned to Tallahassee the next day full of hope to help him with his healing.

The optimism of our reunion quickly turned into despair on June 5.

My son has always loved to take long walks. However, several hours passed without him coming home. This created a cause for concern.

I filed a missing person report with the Tallahassee Police Department, giving them detailed descriptions with photos.

Just before dawn on June 6, I received a phone call that a person matching his looks was in Bainbridge. This all occurred before the documentation of a missing person report.

He had informed the officer that he wanted to walk to Douglasville. Unfortunately, despite his questionable appearance after hours of walking and apparent mental state, the officer didn’t detain him because he wasn’t committing any crime.

Throughout the week, he continued to wander while attempting to reach his destination in Douglasville.

We later found out that sheriff deputies in different counties gave him a courtesy ride to their county line. Just like in Bainbridge, this occurred before he was in the missing database.

All the while, I experienced an array of emotions. Minute-by-minute, I had moments of fear, sadness and anger. But the overriding feeling of hope in Jesus kept me in one piece.

The reading of Psalms 91 and 121 were my rallying cries.

On the morning of June 10, the confirmation of God’s word was manifested with the recovery of our son. He was found at a McDonald’s in Terrell County.

In the act of spiritual goodness, the officer took him back to the station. They allowed him to shower, change clothes, food and water.

Our son is back in metro Atlanta with his biological father, the place where he wanted to be all along.

This situation could’ve ended in tragedy. I am so thankful he was recovered unharmed.

Amid a mother’s nightmare, God kept his loving arms around our son.

What the enemy meant for evil, God turned it into a triumphant testimony.

I want to encourage anyone dealing with mental health, patients and caregivers that you are not alone. Please reach out for resources of professional help. Be sure to call on the name of Jesus while seeking counseling and medication.

This is my testimony of prayer and praise.

“Whoever dwells in the shelter of the Most High will rest in the shadow of the Almighty. I will say of the Lord, “He is my refuge and my fortress, my God, in whom I trust. Surely he will save you from the fowler’s snare and from the deadly pestilence. He will cover you with his feathers, and under his wings you will find refuge; his faithfulness will be your shield and rampart. You will not fear the terror of night, nor the arrow that flies by day, nor the pestilence that stalks in the darkness, nor the plague that destroys at midday.” – Psalm 91:1-6 (NIV)

Lequita Sharrock is the CEO of Sharrock Media Group and founder of the nonprofit organization, Beyond The Booth, Inc. She hosts a bi-weekly non-denominational podcast called UnStoppable with Lequita Sharrock. She can be reached at lsharrock@sharrockmediagroup.com.

Never miss a story:  Subscribe to the Tallahassee Democrat using the link at the top of the page.