Michael Mann on the prequel/sequel novel “Heat 2,” and going deep on the life of cities 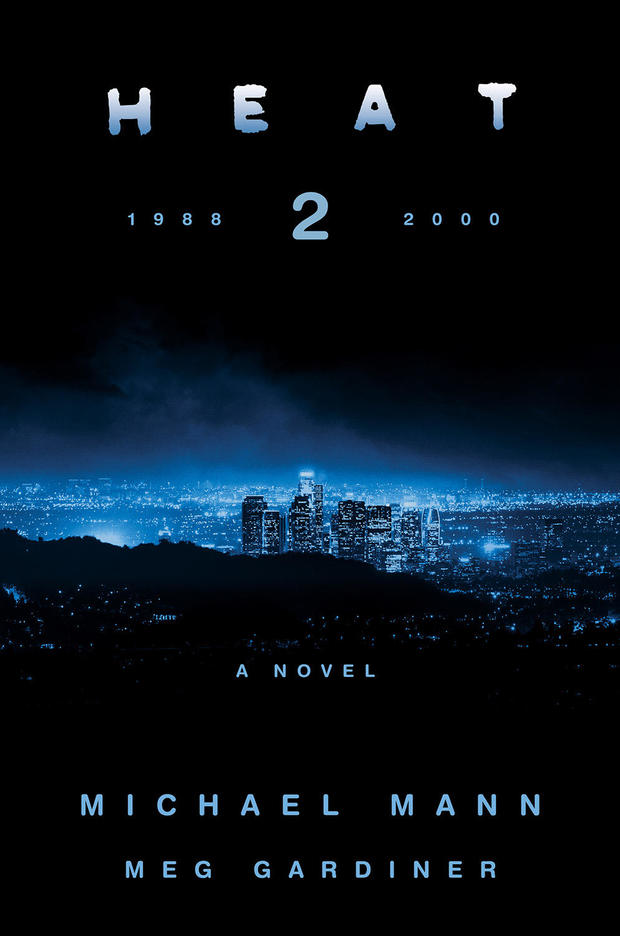 Oscar-nominated Hollywood director Michael Mann has been in Italy long enough to develop a morning routine – a cappuccino grande – and find a favorite café in Modena, where he is shooting his latest film, “Ferrari.” This city is the birthplace of Enzo Ferrari and his company, and is famed for fast cars and good food.

“Cities fascinate me – they have their own character,” Mann said.

Correspondent Seth Doane asked, “What do you get out of a city like this one, Modena?”

“What I get is a real challenge to understand what life is like if you’re living here,” he replied. “To me the challenge is to get so deep into this specific regional culture, because the deeper I do that, the more universal it becomes.”

The detail-obsessed director has made a career of prompting audiences to feel for the characters in his films, whether it’s the last remaining member of the Mohican tribe, or the plight of a tobacco industry whistleblower in “The Insider.” There was the collective stress we felt for the taxi driver who realizes his passenger is an assassin in “Collateral”; and he took viewers deep into the world of undercover detectives in “Miami Vice,” the flashy police series he executive produced in the 1980s which brought film-like storytelling to TV.

But Mann is particularly adept at making moviegoers empathize with some of the most unsavory characters, including those in his celebrated bank robbery film, “Heat.” “Everybody’s life is as complex and rich and detailed as yours is or mine is,” he said.

Doane asked Mann, “What is it is about this criminal underworld that fascinates you so much?”

“Actually, nothing in particular,” he replied. “What fascinates me, what I’m down to, is drama. And drama is conflict.”

There was plenty of both in “Heat,” the 1995 movie starring Al Pacino, Robert De Niro, Val Kilmer and Ashley Judd.

Mann said he went out with police answering emergency calls every weekend for six months preparing for that film.

Doane said, “We know you as a director, but you’re making a bit of a career turn or twist.”

“It may be perceived as a twist; for me, it’s not really a twist. It’s really the fulfillment of something I’ve wanted to do for so long.”

Mann has written his first novel, “Heat 2,” along with co-author Meg Gardiner. It’s being released this week. Writing a book let him go deeper, concocting a prequel and sequel to the movie: “For me, I try to go very, very, very deep; here’s why you are the way you are, so that there’s a whole life. The movie is a splinter, it’s just a fragment.

“I really wanted to do more with a three-dimensional understanding of these people, their past, and then also project them into the futures that they might have,” he said.

Mann wanted the book to have the cinematic drive of his films.

Doane asked, “I wondered if, while you were writing, there was something freeing about the ability to write, to invent just with your pen?”

“Freeing, and dangerous,” he laughed. “Because you could find yourself writing something and then, okay, great, I just spent a day-and-a-half writing, it’s a piece of crap, you know? I find I had to really struggle and hit myself on the head with a hammer to get in, get in, and stay in.”

The book develops characters from the film “Heat,” particularly the one played by Val Kilmer, and the types of crimes evolve, too.

Doane said, “You’ve made a lot of different types of movies, but you have made a career in making violent – graphically violent at times – movies. I wonder how you see the actual violence, embrace of violence in America today?”

“I’m not smart enough to analyze the complex, interactive nature of the violence that’s happening,” said Mann. “I do believe it’s a combination of many, many different factors. The horrendous state of education in the United States, the role-playing phenomenon of a life – this isn’t your avatar doing this, this is you doing it.”

“But you were behind a lot of violent movies. Is there any responsibility that you feel?”

“I’m against gratuitous anything – gratuitous sentimentality, gratuitous violence, gratuitous horror. The bank robbery in ‘Heat’ is scary. It is not, ‘Oh, wow, I wish I was one of those guys!'”

He will not say who he’s thinking to cast in “Heat 2” if, or when, the book becomes a movie. But he knows who’d direct.

“This book you’ve written is part of a three-book deal, if I understand correctly?” asked Doane.

“You’re setting up quite a body of work that then you plan to direct?”

“Does being 79 push you to work harder, or do you not think at all about age?”

“It pushes to be more careful about what I’m going to dedicate my time to,” Mann replied, “and I’m somewhat successful – not 100% successful in that!”

Now, he’s dedicating his time to “Ferrari,” his 12th feature film as director. Per usual, he’s going deep, learning this city, the company, and its cars.

Doane said, “Hearing you talk about cities like this one, like Modena, like Los Angeles where you shot for ‘Heat,’ it sounds really more that you’re an academic, a researcher.”

“Yeah, well, that’s what you do as a director,” he said. “I’m trying to create a fabric of reality that is as complex and believable as you experience your own reality where you’re from.”

READ AN EXCERPT: “Heat 2” by Michael Mann and Meg Gardiner