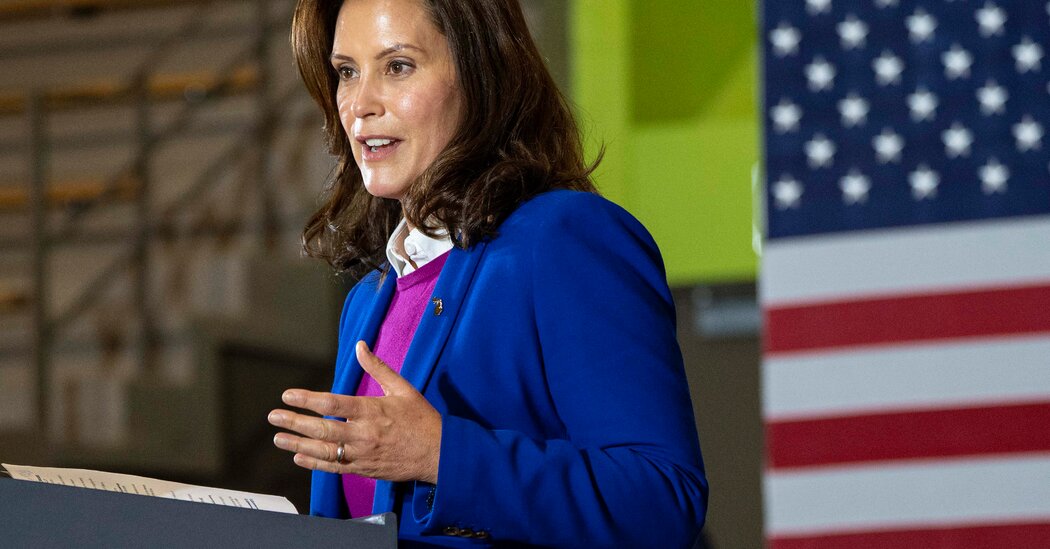 CHICAGO — Jurors in Michigan convicted three men on Wednesday of aiding a plot to kidnap the state’s Democratic governor in 2020, a case that grew out of a sprawling domestic terrorism investigation that revealed incendiary rhetoric and an openness to political violence on the far right.

The men on trial in state court — Paul Bellar, Joseph Morrison and Pete Musico — were accused of helping Adam Fox, who was convicted in federal court of conspiring to kidnap Gov. Gretchen Whitmer, whose Covid-19 restrictions the men considered tyrannical.

The trial in circuit court in Jackson County, a conservative area west of Detroit, played out amid a tense election season in Michigan, a sharply divided state where elections are usually tight. Governor Whitmer and Attorney General Dana Nessel, a fellow Democrat whose office prosecuted the case, are seeking re-election next month.

In a statement after the verdict, Ms. Whitmer lamented the growing threats of political violence against both public officials and everyday citizens, saying: “They are the logical, disturbing extension of radicalization, hatred and conspiratorial thinking that festers in America, threatening the foundation of our republic.”

Though prosecutors described the defendants, who spoke openly of their hate of government officials, as threats to democracy itself, their lawyers portrayed them as big talkers whose rhetoric was seized on by an overzealous F.B.I. investigation. Kareem Johnson, a lawyer for Mr. Musico, said his client’s actions were protected by the First and Second Amendments.

“In this country, you are allowed to talk the talk,” Mr. Johnson told the jury. “But you only get convicted if you walk the walk.”

The Jackson County trial came after federal trials this year that grew out of the same investigation. Federal prosecutors had mixed results with their cases, winning convictions against two men after an earlier trial in which two others were acquitted. Two additional federal defendants pleaded guilty. Five more men were charged in state court in another county.

Though Mr. Bellar, Mr. Morrison and Mr. Musico were named regularly in testimony at the other trials, none of them faced federal charges in the conspiracy to kidnap Governor Whitmer at her vacation home and possibly kill her.

Instead, as part of the same investigation, the three men were charged in state court with providing support for terrorist acts, including training with one of the federal defendants. They were also accused of illegal gang membership because of their affiliation with the Wolverine Watchmen, a militia whose members, prosecutors said, spoke openly about hanging politicians and harming police officers.

The most serious charges they were convicted of carry prison terms of up to 20 years.