Minnesota Timberwolves 2022-23 NBA preview: Gobert plus Towns plus Edwards could equal start of something big 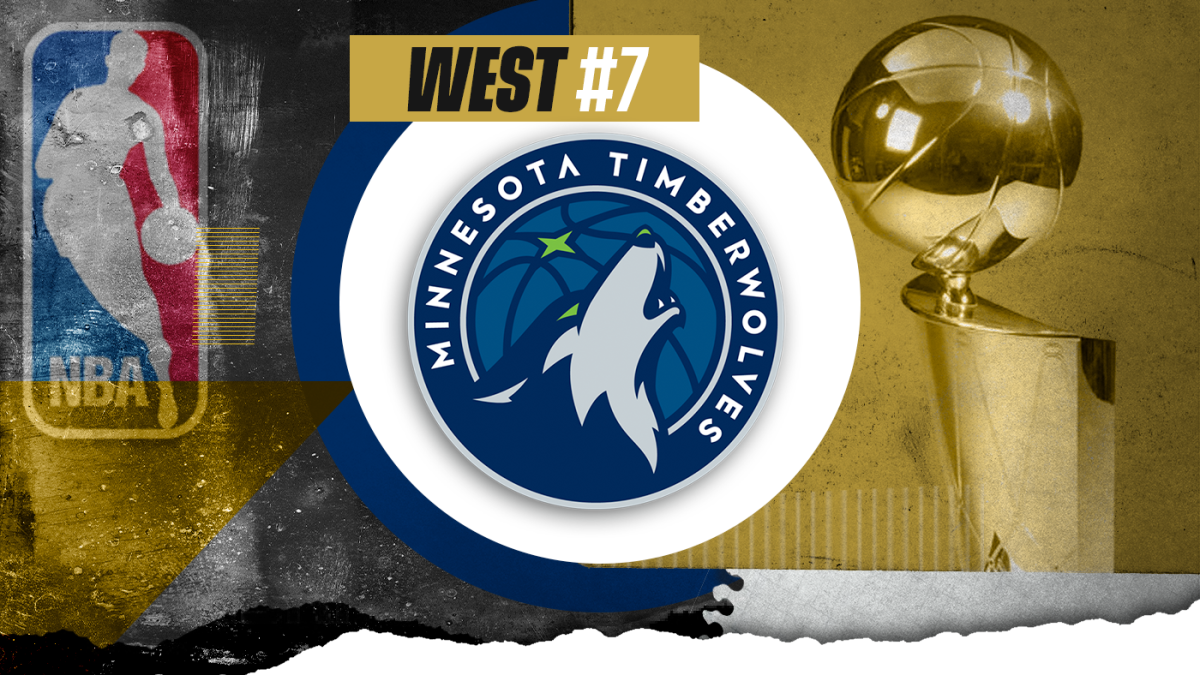 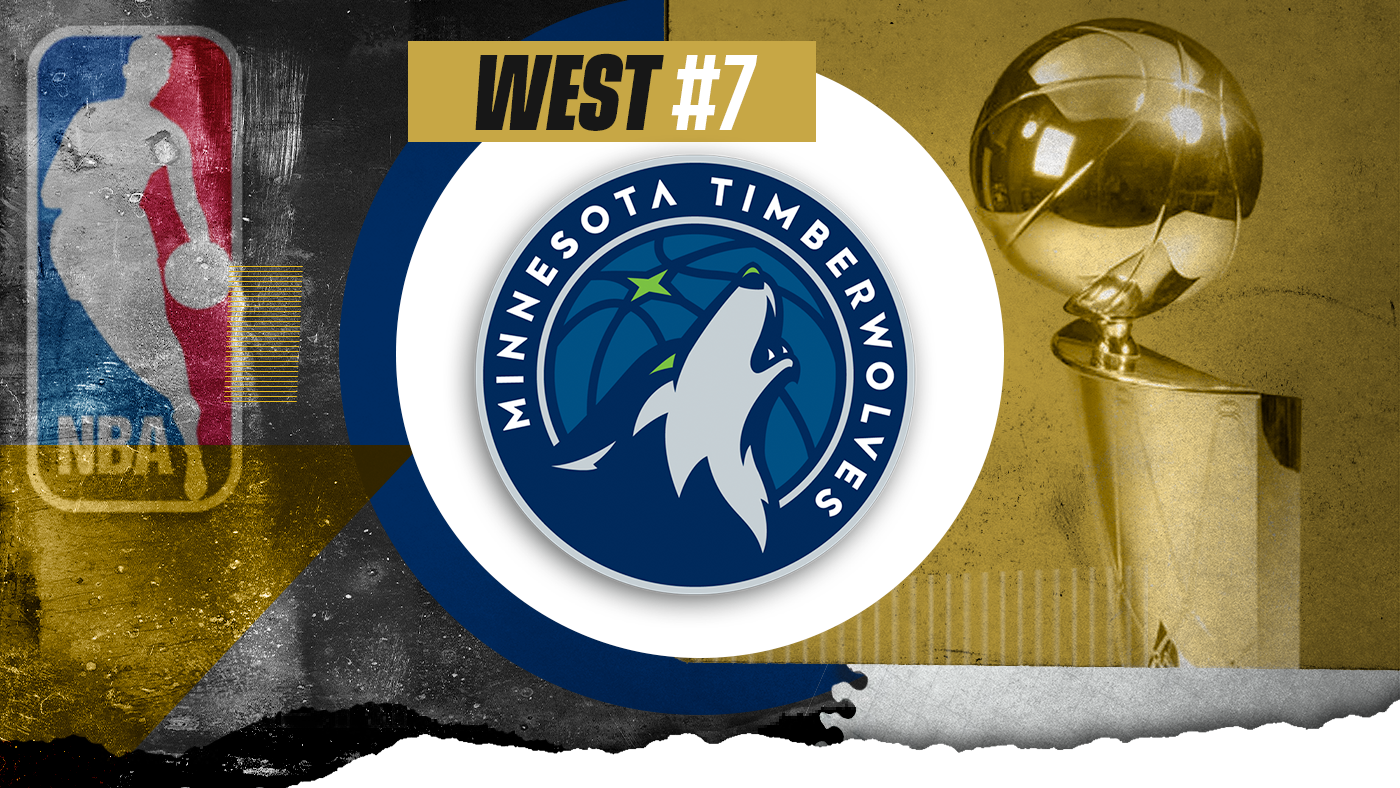 The Minnesota Timberwolves made the playoffs last season for the first time in four years, then followed that up by pulling off a surprising blockbuster trade to land three-time Defensive Player of the Year Rudy Gobert. Gobert’s impact will be felt immediately for the Wolves, especially on the defensive side of the ball. With Gobert in tow, in addition to the newly-extended Karl-Anthony Towns, a rising star in Anthony Edwards and D’Angelo Russell, things are looking up for Minnesota.

At the very least, the Wolves will certainly be in the mix for a play-in spot. And if things go extremely well with adding Gobert to the lineup, the expected ascension of Edwards, and the continual All-Star play of Towns, then Minnesota could be jockeying for a top-six spot, and avoid the play-in altogether. It won’t be easy in the always loaded Western Conference, but the Wolves are finally fully built to make some noise in the postseason.

Ahead of the 2022-23 season, here’s a quick breakdown of Minnesota’s offseason, and a preview of some key storylines to watch for when the season tips off in a few weeks.

Top of the key: What Gobert’s arrival means

Gobert’s impact will be most felt on the defensive end of the floor, acting as the best last line of defense in the league. There’s a reason Utah struggled so heavily on defense when he was on the bench, allowing 8.4 points per possession more when he was sidelined compared to when he was on the court. Unsurprisingly, Gobert ranked first among centers in defended field goal percentage (41.6 percent), making teams think twice about testing him in the paint.

However, Gobert’s impact will extend past what he alone can do. The 7-footer’s presence will allow someone like Edwards, who was making strides on defense a season ago, to be more aggressive on the wing knowing that Gobert is behind him to pick up the slack. Having Gobert in the frontcourt will also take some defensive pressure off of Towns, who struggled to stay out of foul trouble last season, specifically in the playoffs. Towns often committed lazy fouls to make up for miscues on defense, and as a result he averaged over four fouls in Minnesota’s first-round matchup with the Memphis Grizzlies. But having Gobert alongside him to communicate where he needs to be on that end of the floor should hopefully help with that glaring issue in Towns’ game.

But let’s step away from what Gobert can bring to Minnesota’s defense because, frankly, his resume speaks for itself. His offensive fit is what will be far more interesting to watch with the Wolves this season. Gobert’s offensive limitations are well documented as a center who can’t space the floor or dribble, and in this era where teams are looking for bigs who can do those things, Gobert may look like a negative on that end of the floor. But that’s not exactly the case.

Gobert will be a great lob threat for D’Angelo Russell in pick-and-roll situations, and he’s perhaps the best screening big man in the league, especially as an off-ball screener, where he acts like a brick wall to free up his teammates for spot-up jumpers. His fit alongside Towns will be the trickiest part to figure out on offense, because while KAT is among the best — if not the best — scoring big man in the game right now, using him as a glorified spot-up 3-point shooter would be a poor use of his abilities. Head coach Chris Finch will have to figure out how to balance KAT and Gobert on offense so that both players get their touches in the spots they want, and if he’s able to manage that, then Minnesota will be in good shape.

Next up: Edwards’ third-year leap

Edwards is in line for a monster season, one that could end with an All-Star selection. He was already on the verge of becoming an All-Star last season, but the depth in the backcourt in the West held him out. However, if he manages to build off his playoff performance, where he averaged 25.2 points, 4.2 rebounds, three assists and shot 45 percent from the field and 40 percent from deep, the voters will have no choice but to name him to the roster. The improvement we saw from Edwards in his sophomore year was night and day, improving in every statistical category across the board. But the part that stands out the most is his efficiency.

The 3-point shooting is the most impressive, and as he enters his third season it will be even more crucial for him to knock down those shots as he’ll receive some of the best looks of his young career with Gobert setting deadly screens for him to fly around. Edwards has already proven to be one of the most electric finishers at the rim, constantly outdoing himself when he meets a big man at the rim only to turn him into a viral video. So if he continues this upward trajectory with his shooting, it’ll only make him an even more terrifying threat on offense.

Aside from the scoring, his ability to get his teammates involved was another area where he took a leap last season. He ranked in the 88th percentile among guards with a 17.3 assist percentage, a number that is sure to climb as he runs multiple pick-and-roll sets with Gobert this season. And I haven’t even gotten to his defense, where he showed the willingness to improve and remain engaged on that end of the floor last season. I already noted that Gobert’s presence will help Edwards on that end of the floor to be more aggressive in playing the passing lanes to try and come up with steals. You put all of that together and you have what should be an All-Star season from Edwards.

One more thing: Let’s see what McDaniels can do

Part of the reason the Gobert trade took so long was that the Jazz insisted on Jaden McDaniels being included in their return. But the Timberwolves held firm on keeping him, instead throwing in another first-round pick to sweeten the deal. It shows that Minnesota has a great deal of faith in McDaniels, a third-year player who averaged just 9.2 points and 4.2 rebounds last season. It’s also quite a bit of pressure on McDaniels to prove to the organization that he was worth haggling over, something that he’s certainly capable of showing.

In McDaniels’ second season he proved to be a two-way player with tremendous upside, which is a highly sought after archetype around the league. He’s a versatile defender who has great footwork out on the perimeter to stay in front of guards, and standing at 6-foot-9 he’s capable of being a small-ball big, too. He struggled to make 3s last season making just 31.7 percent of them, but he heated up in the postseason, knocking down 50 percent of his attempts over that six-game series with Memphis. The Wolves hope that his hot streak in the playoffs is more indicative of what he can do as a shooter.

With Patrick Beverley and Jarred Vanderbilt both gone, McDaniels has a real shot at cracking the starting lineup, though he’ll have some competition with Kyle Anderson, who the Wolves signed this summer. But regardless if he starts or comes off the bench, he’ll have a more prominent role this season to show exactly why the Wolves were so relentless in keeping him.

Nov. 30 vs. Memphis: In what was one of the most entertaining first-round matchups in the playoffs a season ago, the Timberwolves will get a chance at a measure of regular-season revenge against the Grizzlies at home, and this time they’ll have some added muscle in the frontcourt with Gobert. It’ll be a great test against a Memphis team that has a realistic shot to be best in the West.

Dec. 9 at Utah: It’ll be Gobert’s first game back at Utah since being traded by the franchise this past summer. Surely he’ll get a warm welcome from Jazz fans given he didn’t try to force a trade out of Salt Lake City and how integral he was in Utah’s success over the past few years.

Dec. 14 at Los Angeles Clippers: I’m sure by now we’ve all season the video of the Wolves celebrating making the playoffs after beating the Clippers in the play-in round. They celebrated like they had won the championship and were mocked mercilessly for it. Beverley won’t be here to face his former team as he’s now suiting up for that other L.A. team, but my guess is a fully healthy team of the Clippers with Kawhi Leonard and Paul George will want to try and quiet the Wolves during this game.