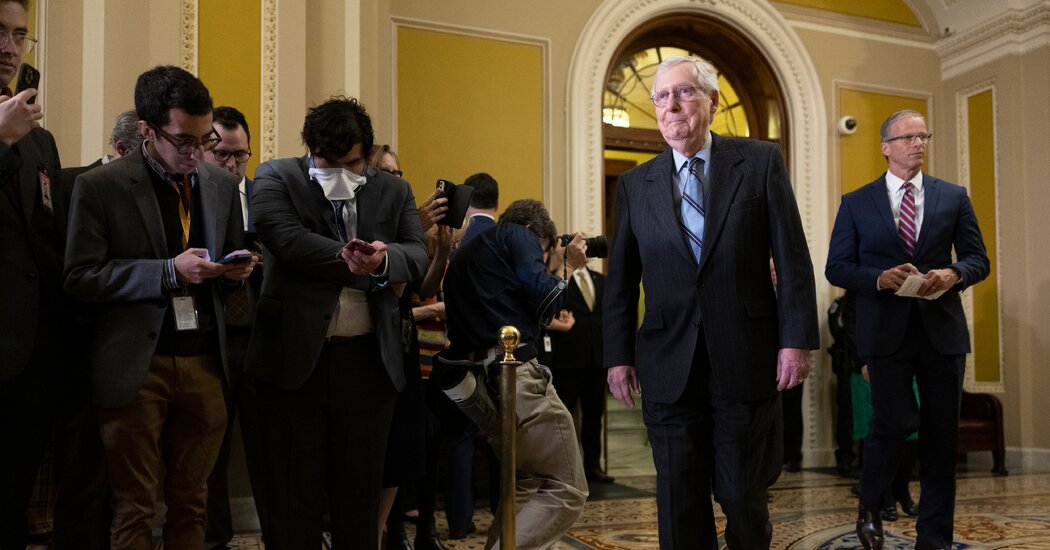 Republicans in both the House and Senate are reeling from their poor performance in midterm elections in which they expected to post significant gains based on a sour public mood, inflation and historical trends. But Senate Democrats held their majority and could still expand it, while Republicans managed to squeak into the majority in the House. Party leaders in both chambers are facing an internal backlash, exposing divides that could persist as they confront Democrats over the next two years.

Mr. Scott and his allies said that Mr. McConnell represented the status quo and that a new approach was necessary if Republicans were to regroup and triumph in 2024. They criticized Mr. McConnell for cooperating too much with Democrats, allowing them to notch legislative victories this year that boosted their campaigns.

“Clearly, the Republican Party’s got to do something different if we ever want to be a majority party,” said Senator Josh Hawley, Republican of Missouri. “I put it to them, you know, what would they see to do differently, and what do they think the approach ought to be.”

But most Senate Republicans regarded Mr. McConnell as a much better bet for a rebound than Mr. Scott.

“I have a lot of admiration for his vision and look forward to carrying forward with that,” said Senator Shelley Moore Capito of West Virginia, who on Wednesday was elected as the fifth-ranking Republican, becoming one of two women in the party leadership, alongside Senator Joni Ernst of Iowa, who won the fourth-ranking spot.

Even some backers of Mr. McConnell said that there was a sense among the rank-and-file that the Republican leader, known for playing his cards extremely closely, had not involved them sufficiently and that too many big legislative deals were being cut at the top without consulting them or the relevant committees.

The leadership challenge was conducted by secret ballot, but those who indicated they voted against Mr. McConnell included Mr. Scott, Mr. Cruz, Mr. Hawley, Senator Mike Braun of Indiana and Senator Lindsey Graham of South Carolina.