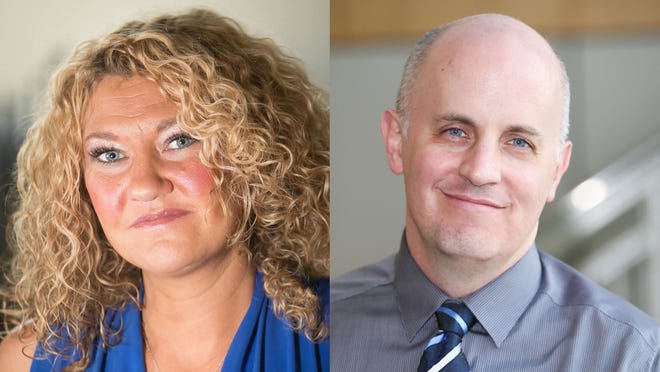 While religion and psychology may seem like a strange combination at first glance, Missouri State University is offering undergraduate students the opportunity to earn a certificate in mental health and spirituality.

The program came about after the school saw success in its other interdisciplinary certificate, medical humanities, which looks at cultural and personal engagement with illness and health.

Around the same time, a class about the psychology of religion gained popularity with students all across the campus, especially those in health and human services.

At the start of the course, Dr. Amber Abernathy asks students why they’re taking it. Over and over, she heard: “I’m taking this because I want to understand this to help people.”

When you think about it, it makes sense: Psychology studies the mind and human behavior, and religion and spirituality can shape a person’s world-view, their sense of purpose and how they live their life.

“(Religious and spiritual) belief is going to be related to your emotions, your meaning of life, and your coping and your health and your parenting — all of this is related, and it overlaps in almost any area where you’re working with someone else,” Abernathy said.

More:September is Suicide Prevention Awareness Month. ‘We can all do more,’ says advocate.

Abernathy mentioned a 2003 study, which found that two-thirds of patients feel it is important for their physicians to understand their beliefs, but only about a third of physicians ask about beliefs. Another study found that 75% of the people surveyed felt a good therapist should be sensitive to their beliefs.

“People want the psychologist, the psychotherapist, the counselor to know where they’re coming from, and it’s just not getting asked,” Abernathy said.

Abernathy, a professor of psychology, leads the mental health and spirituality certificate program along with Dr. Stephen Berkwitz, professor of religious studies.

The courses offer a wide view of spirituality.

“Our department is specifically designed to cover as wide a range of different traditions as possible, some of which aren’t well-organized,” Berkwitz said. “There is content and courses that look at individualized spirituality, that rejection of organized religion. It’s certainly not limited to just Christianity.”

The certificate’s development was part of a conscious effort to ensure course offerings were in-tune with what students wanted.

“It’s up to us to look and see where (interest) is going, and to figure out ways to make the study of religion still relevant to people’s lives, and this is one way we do that,” Berkwitz said.

“I’ve had more psychology grad students looking at tying psychology and spirituality into their research because they’re finding it,” Abernathy said. “We’ve had a couple discussions; I had one I talked about the other day about religious upbringing and how that might relate to (development), so I think just going forward, this is where people are looking at more holistic aspects (of psychology).”

“I would be thrilled if people who are already working came back and said it would be beneficial for my career, because it is possible for adult learners to do the certificate as sort of standalone program alongside their practice or work,” Berkwitz said.

The program doesn’t just benefit those in psychology.

“We always get asked, ‘What does this benefit?’ There’s a wonderful list, but my answer is always, ‘Anywhere where you’re working with somebody else,’ because everybody is going to have a level of spirituality and religiosity.” Abernathy said. “They’re going to have a belief one way or another, so to understand that and to understand what that entails in their life is huge.”

Ultimately, Abernathy hopes to expand the program to graduate students, as well.

But right now, the undergraduate certificate is just the first step.

“It’d be great to see a vibrant program with lots of students, some people from the community that are taking these courses and completing the certificate,” Berkwitz said. “Maybe it’s a way for Missouri State to kind of show that we are preparing students for real-life situations and jobs, and will help them both personally and professionally as they go forward.”