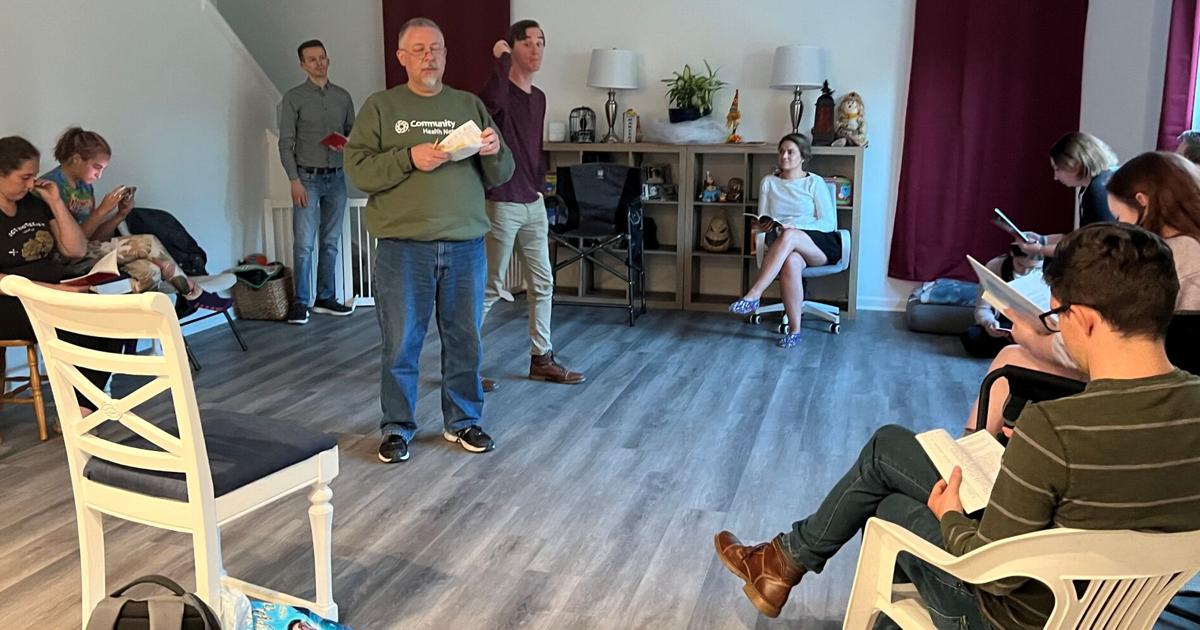 ELWOOD — Duck Creek Center for the Arts will be putting its spin on Agatha Christie’s classic story, Murder on the Orient Express, at 7 p.m., Oct. 27-29 at Elwood Opera House. Tickets are $10.

The play follows a group of people who seem to be from totally different worlds, but somehow seem to be connected. But by what? Murder.

This is Eric Bowman’s second time in the director’s chair. Bowman said he was reluctant to direct his first play, which was a version of Shakespeare’s Much Ado About Nothing set in the 80s.

”Bill (Smith) approached me last summer to direct and I said, ‘I don’t know if I’m ready for it, I’m still new to theater, I’m learning every day with new things,’” Bowman said. “He (Smith) said, I wouldn’t have come to you and asked you, if I didn’t think you were ready. I think you could do it.”

Bowman’s decision in the affirmative came after a friend sent him a notebook with the word “director” on it. He wasn’t sure if he wanted to direct again, but he said after seeing the audience enjoy the finished product, he was willing to do it again.

For this play, he said the actors have hit the ground running, rehearsing a few days a week, for about a month now.

One of Christie’s most well-known characters, investigator Hercule Poirot as he applies razor sharp observational skills, to find out what happened on the Orient Express. Poirot will be played by Brian Nichols, joining the likes of Ian Holm, and most recently, Kenneth Branagh.

”When you get a good mystery, you can have some funny scenes in it, and sometimes people find things funny that aren’t truly funny,” he said. “It’s just the whole aspect of trying to find out who the guilty parties are based on the clues that are submitted throughout the play.”

Murder mysteries can be full of misdirection. You think someone is guilty because they do something, but it turns out they aren’t. Bowman loves how tiny nuances can be added to make the answer to whodunnit anybody’s guess.

Founder of Duck Creek Center of the Arts and president of the board, Bill Smith said he hopes to bring a high quality as well as artistic and cultural opportunities to Elwood. He said studies have shown that the arts can help with economic development as business can be attracted to the area by the arts.