Musician-social activist John Legend on the continuing struggle for justice 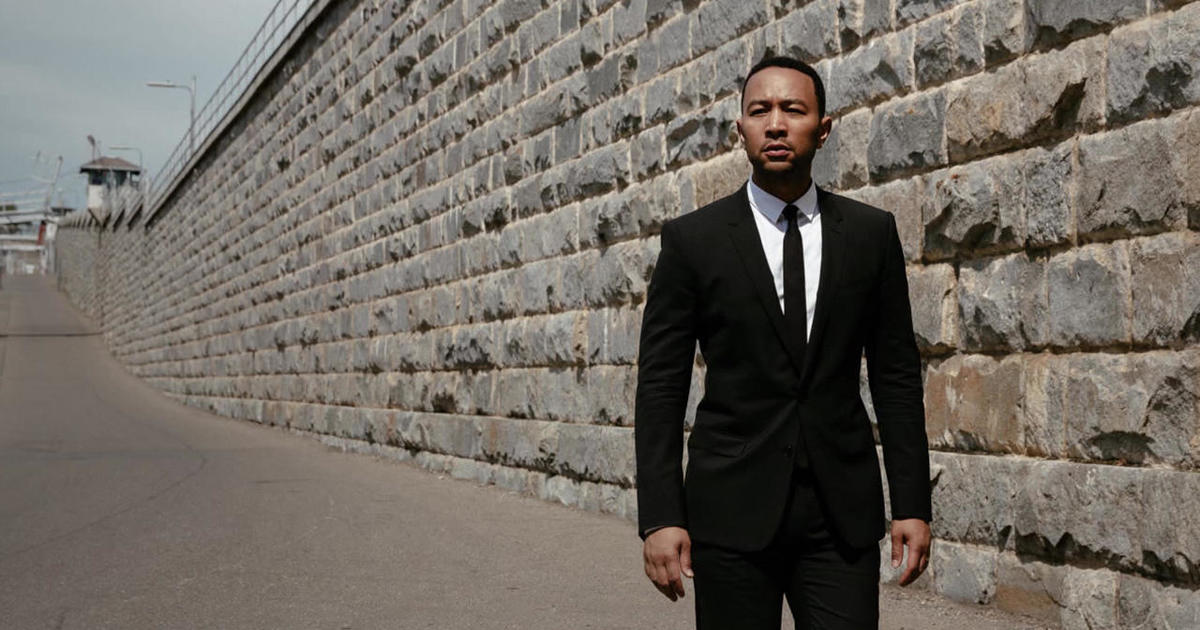 John Legend most definitely qualifies as a superstar: Two Emmys, 12 Grammy’s, one Oscar and a Tony, an accomplishment so rare it merits a word of its own: an EGOT (winner of an Emmy, Grammy, Oscar and Tony).

He’s also a social activist; and sometimes he blends the two, as when he and the rapper Common recorded the song “Glory,” which Legend and Common co-wrote for the film, “Selma.” It won the Academy Award for Best Original Song in 2015.

Accepting the Oscar, Legend said, “We wrote this song to a film that was based on events that were 50 years ago, but we say that Selma is now, because the struggle for justice is right now.”

“And then, as I grew older, it grew beyond what was personal to me and personal to the people around me. And I began to understand more holistically, in the nation, what we’ve done over the past few decades. We’ve become the most incarcerated country in the world. And it’s been costly in so many ways. I’ve been spending the last decade or so fighting to change that.”

African Americans are incarcerated at a rate more than five times that of white Americans. And across all races, when it comes to prison population, the USA is Number One.

Koppel asked, “Why do you think we have so many people incarcerated in this country? As you’ve pointed out, we have more prisoners in America than any other country in the world.”

“Well, I think a lot of it starts with our original sin,” Legend said. “Slavery, I think, has a lot to do with it. The 13th Amendment, of course, outlawed slavery, except for the people who are in the penal system.”

“I think you were referring to prison labor, too, right?”

“Absolutely, because the 13th Amendment made it illegal to force people to do labor, except if they were convicted of a crime.”

“I think you know there are a great many people who are worried about the fact that this country is moving (and will have moved in the next 10, 15 years or so) to a point where there are more people of color in this country than there are white people,” said Koppel. “You think they need to be worried?”

“What I want them to realize is that equality doesn’t have to take from anybody,” Legend said. “Us all having equal rights, us having human dignity, or having a community that is healthier and stronger for everyone, doesn’t need to hurt anybody. And if you see everything as a zero-sum game, yes, you might be worried that there are gonna be more people of color than there are white people; and that means if you’re white you’re gonna start losing something.  But that only means that if people of color decide that they’re gonna do to white people what white people have been doing to people of color for the past several centuries.”

Not, perhaps, what a Hollywood or Madison Avenue PR person would have drafted for him, but Legend doesn’t mince words on the subject of racial equity – in a TV interview, or with his almost 14 million followers on Twitter.

Legend said, “We can live in a society where we all respect each other’s human dignity, build a community that’s stronger for everybody, safer for everybody, healthier for everybody. We don’t need to believe that just because there’s more of one group or another, that somebody else has to lose because of that.”

“I don’t know if it’s gonna win the day; but that’s what we should believe!” Legend laughed.

“If I had been born Black in this country, I’m not sure if I could find that reservoir of compassion that you’re talking about.”

“Well, I feel like Black people have been patriotic in this country. We’ve been forgiving in this country. We’ve fought for the ideals that the nation said we were founded on. We’ve done that for centuries.  And I think we’ve believed in America more than America believed in us, or itself. But, yeah, I think we have an interest in fighting for a stronger democracy, a more empathetic community. It’ll make our lives better. But it’ll make everyone’s lives better, too.”