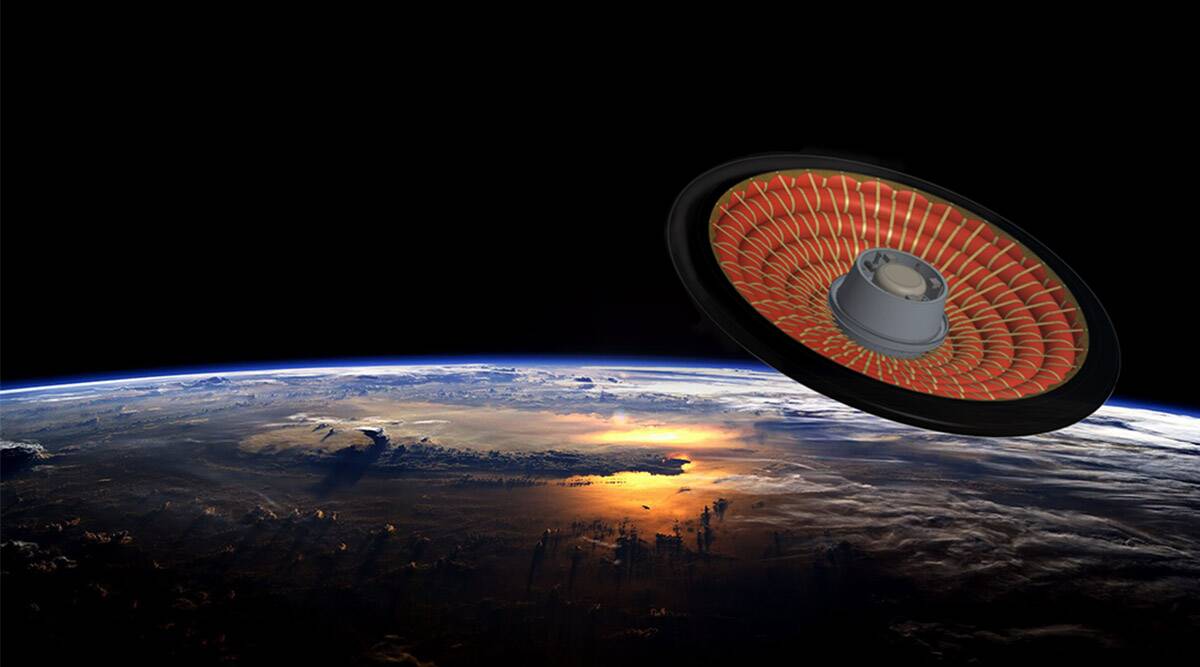 NASA completed the technology demonstration of its Low-Earth Orbit Flight Test of an Inflatable Decelerator (LOFTID) mission. The “inflatable aerodynamic decelerator,” or “aeroshell” technology could one day help land humans on Mars.

How LOFTID might help land future astronauts on Mars: pic.twitter.com/1y9Tf34KtJ

According to NASA, it has relied on rigid aeroshells parachutes and rockets to decelerate people, vehicles and hardware during their entry descent and landing onto a planet or other cosmic object with an atmosphere.

The space agency spent more than a decade developing its Hypersonic Inflatable Aerodynamic Decelerator (HIAD) technology. The LOFTID orbital flight test was the next step of the program. At 6 metres in diameter, the LOFTID reentry vehicle was the largest blunt body to ever go into atmospheric entry, according to NASA. 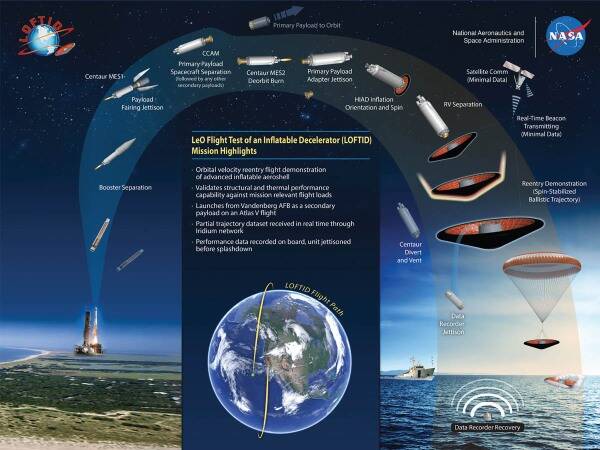 When a spacecraft or anything else enters a planet’s atmosphere, drag acts upon the body and slows it down, converting kinetic energy into heat. The large size of the HIAD device means that it creates more drag and starts the deceleration process higher in the atmosphere than traditional aeroshells.

LIFTOFF! The final @ULALaunch Atlas V rocket to soar from @SLDelta30 is on its way to deliver two separate missions to Earth orbit: #JPSS2 and #LOFTID. pic.twitter.com/Kg5Cns0Dwt

Not only will this allow payloads that are much heavier, but it can also allow landings starting at higher altitudes. Further, it could also be used to bring back massive objects back from Earth’s orbit, like items from the International Space Station. NASA says the technology could also potentially be used for bringing back rocket assets after they are launched.

A HIAD device will have an inflatable structure that is capable of holding its shape against drag forces. It will also have a protective flexible thermal protection system that will protect it from the heat generated during re-entry. Its structure is made with a stack of pressurised concentric rings that are strapped to form a cone-shaped structure.

According to NASA, these rings are made from braided synthetic fibres that are 15 times stronger than steel. This entire system is foldable, packable, and deployable, meaning that it will take up less room on rockets. This also allows its design to be scalable.