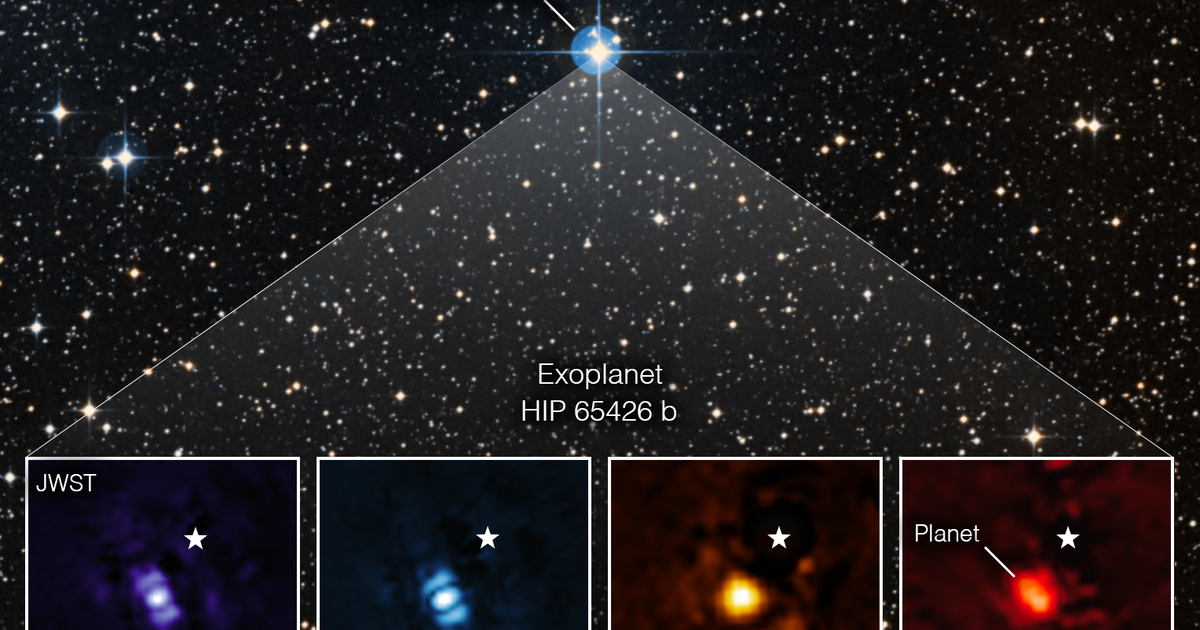 NASA’s James Webb Space Telescope has captured its first direct image of a planet located outside of our solar system. NASA on Thursday revealed images of the exoplanet, dubbed HIP 65426 b, as seen through four different light filters.

“This is a transformative moment, not only for Webb but also for astronomy generally,” Sasha Hinkley, the associate professor of physics and astronomy at the University of Exeter in the United Kingdom, said, according to NASA. “It was really impressive how well the Webb coronagraphs worked to suppress the light of the host star.”

Hinkley led the observations of HIP 65426 b with an international team that included members of the European Space Agency and the Canadian Space Agency, NASA said.

Located 355 light-years from Earth, the exoplanet is about six to twelve times the mass of Jupiter, according to NASA. It’s only about 15 to 20 million years old, which is relatively young for a planet. Earth, by comparison, is 4.5 billion years old, NASA said.

The exoplanet is a gas giant with no rocky surface, meaning the planet is uninhabitable, NASA said.

HIP 65426 b was first discovered in 2017, but the Webb Telescope was able to capture the clearest images of the exoplanet to date.

According to NASA, taking direct images of exoplanets is challenging because of the brightness of the stars they orbit. But because HIP 65426 b is about 100 times farther from its host star than Earth is from the Sun, Webb was able to capture the planet separate from the star, NASA said.

“Obtaining this image felt like digging for space treasure,” Aarynn Carter, a postdoctoral researcher at the University of California, Santa Cruz, who led the analysis of the images, said. “At first all I could see was light from the star, but with careful image processing I was able to remove that light and uncover the planet.”

The Webb Telescope, the most expensive science probe ever built, launched earlier this year, with the goal of studying the origins of the universe. Webb has already beamed back the most detailed images of space seen to date, and scientists are eager to combine its findings with past revelations to continue piecing together our universe’s history.

“I think what’s most exciting is that we’ve only just begun,” Carter added. “There are many more images of exoplanets to come that will shape our overall understanding of their physics, chemistry, and formation. We may even discover previously unknown planets, too.”

Should I Ask For A Copy When I Pay By Card?

Renovated C.I.A. and N.S.A. Museums Offer a Peek at Spy Secrets — for Some