NBA Rookie of the Year odds: Why Paolo Banchero is by far the best bet among draft class despite low odds 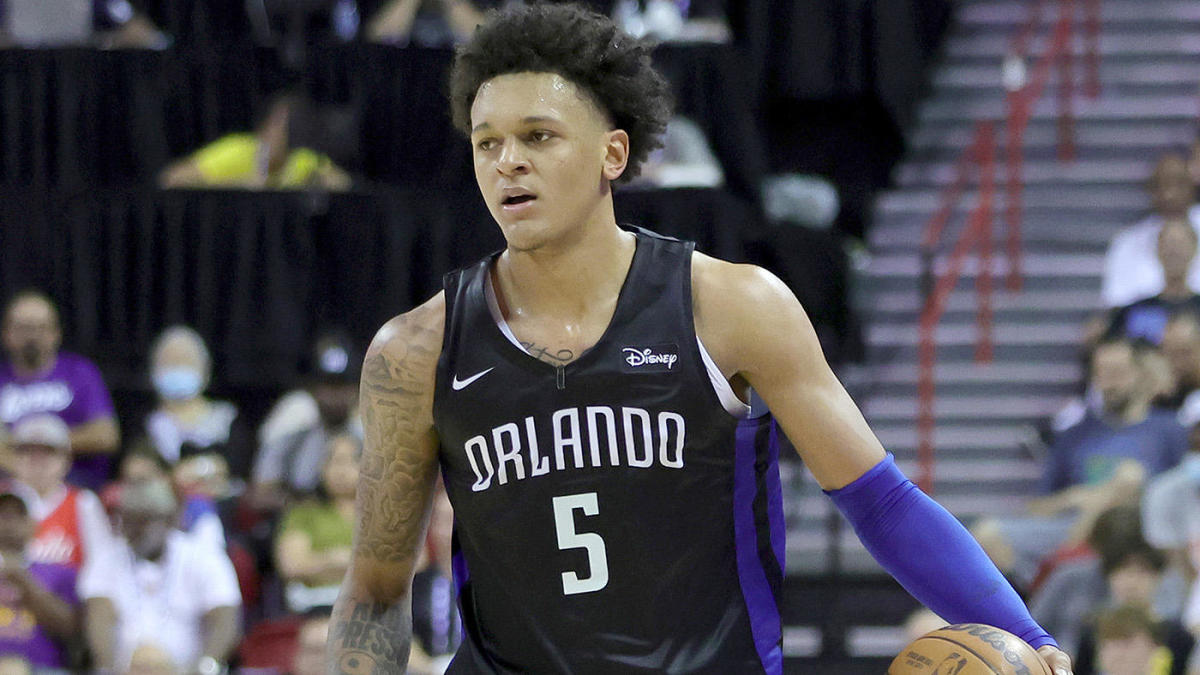 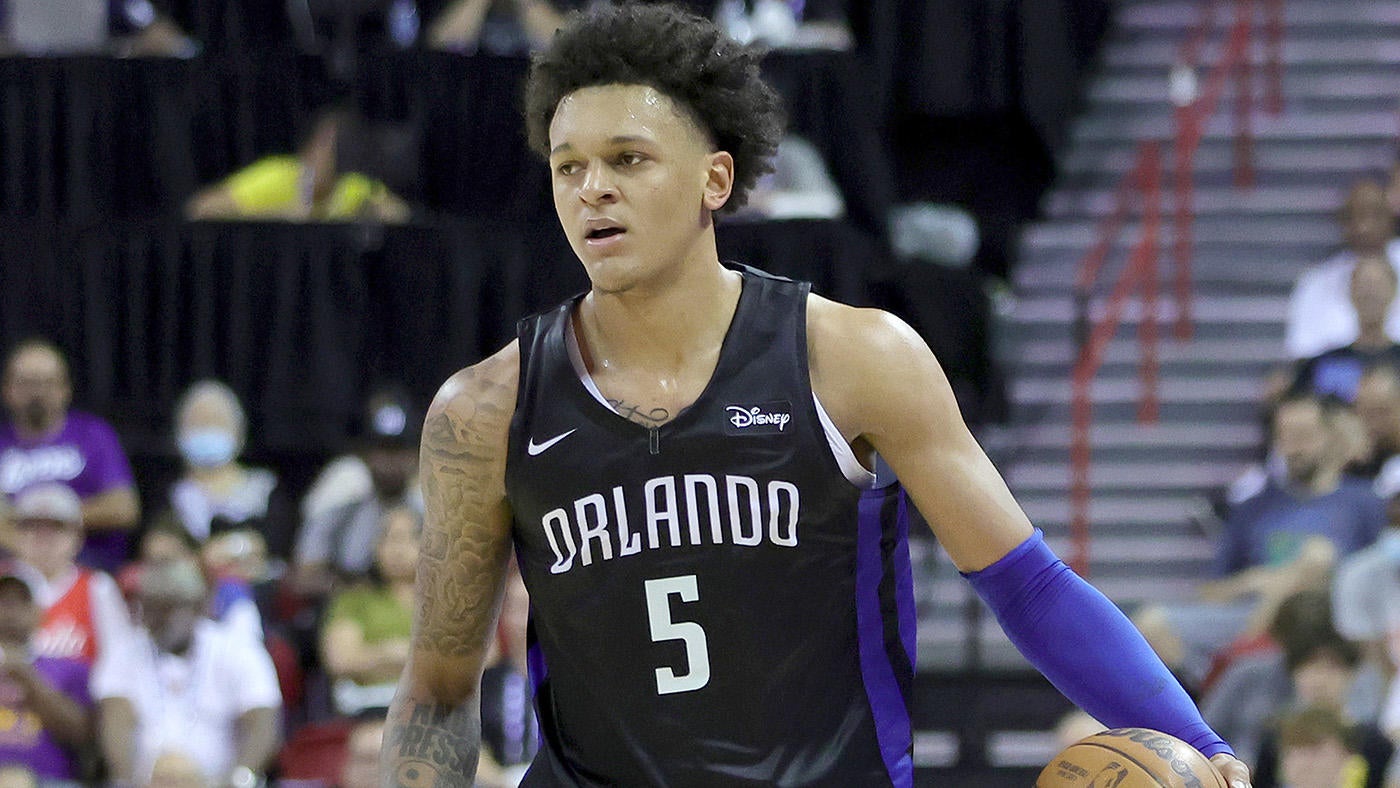 If you’re going to make a preseason bet on the NBA’s Rookie of the Year award, it should be on Paolo Banchero. I typically strive for a bit more nuance in these award previews, but if Banchero stays healthy, he is the overwhelming favorite to win the award based on precedent. He’s available at +225 right now at Caesars Sportsbook. He would still be a good value bet at even money.

Chet Holmgren’s injury is part of that, but it runs much deeper. Winning Rookie of the Year largely means hoarding possessions. We saw this play out last season when Evan Mobley lost to Scottie Barnes despite having arguably the greatest defensive season in rookie history. Barnes had more latitude to put up numbers, and that gave him the slightest of edges when the votes were tallied.

Only two big men have won this award since 2006: Karl-Anthony Towns and Blake Griffin. Griffin’s Clippers traded their starting point guard in the middle of the season. Towns had Ricky Rubio at point guard, one of the NBA’s most unselfish lead ball-handlers. They were both put in positions to handle the ball and score a lot of points. That’s what they did. It’s an opportunity afforded to very few rookies. Since 2006, only 40 of them have averaged 15 points per game. Of those 40, 16 won Rookie of the Year, implying that a rookie averaging 15 points per game has a roughly 40 percent chance of winning the award.

You won’t be surprised to hear what kind of rookies are given the chance to score that much. Since Chris Paul won in 2006, every winner has been picked in the lottery except for Malcolm Brogdon. Six winners were No. 1 overall picks, two went second and five more landed in the top five. Essentially, this means we’re looking for high draft picks who will be given the leeway to handle the ball and score points.

Why does that point us to Banchero? Well, let’s take a look at the next few picks in the 2022 NBA Draft. Holmgren is out for the year. Jabari Smith, a limited ball-handler collegiately drafted more for his shooting and defense, is playing on a team in Houston with Jalen Green and Kevin Porter Jr. Green just averaged less than four assists per 100 possessions as one of Houston’s primary ball-handlers, an exceedingly low number. To put it in perspective, the 3.9 assists per 100 possessions he just averaged is J.J. Redick’s career mark. Porter’s assist numbers were much better a season ago, and he has genuinely grown as a playmaker since Houston moved him to point guard. But he’s still a scorer first in a contract year. Smith may one day be a better player than Banchero, but he’s unlikely to get the ball enough to outscore him as a rookie.

We’ll get to No. 4 overall pick Keegan Murray and No. 6 overall pick Benedict Mathurin in a bit, but No. 5 pick Jaden Ivey is a shaky shooter joining Cade Cunningham’s team. The sky is the limit for him if the shot improves, but this season, the touches probably won’t be there. No. 7 pick Shaedon Sharpe is on Damian Lillard’s team and sits behind Anfernee Simons and Josh Hart in the pecking order. No. 8 pick Dyson Daniels and No. 9 pick Jeremy Sochan are primarily defenders at this stage of their careers. No. 10 pick Johnny Davis is fighting for minutes with three established NBA starters and two recent lottery picks. That rounds out the top 10. Not especially encouraging, eh?

All of this leads us back to Banchero, drafted to be an offensive fulcrum on a team without a single proven guard on its roster. None of us can say for certain what kind of NBA player Banchero will be in 10 years, but even if he’s a bust, there’s plenty of precedent for such players winning this award. Michael Carter-Williams and Tyreke Evans are Rookie of the Year winners. There’s very little correlation between this award and future success. It’s all about posting numbers in a debut season.

So OK, we’ve established that Banchero at +225 is the best value on the board. Are there any other players worth sniffing? If you really want to diversify your Rookie of the Year portfolio, I’m eyeing the following players as reasonable sleepers. (Odds below courtesy of Caesars Sportsbook.)

Murray isn’t going to be a primary ball-handler, but he plays on a team with two generous ones. Domantas Sabonis is the best passing center west of Nikola Jokic, and De’Aaron Fox’s speed generates so much gravity toward the rim that a shooter like Murray should get plenty of open looks both inside the arc and out. His mid-range game complements Fox’s driving and the rest of Sacramento’s shooters quite well, and part of the appeal of drafting him fourth was that he’s already 22. This isn’t a teenager who might help down the line. The Kings picked him to help now.

That’s the real reason to make this bet. The Kings are desperate for a play-in push, and Murray will get narrative momentum if he helps them get one. While narrative help is intangible, workloads are quantifiable. The Kings aren’t going to load-manage Murray if he’s essential to winning. In a crowded Western Conference, he’ll soak up enough minutes to post numbers by default.

This was a much more appealing bet before Holmgren got hurt. Betting markets often demand a secondary favorite as a hedge against hefty tickets on a single candidate, and Murray fell into that position almost by default. Banchero simply has fewer teammates likely to get in the way of his own offense. In addition to Fox and Sabonis, Murray has to compete with Malik Monk, Kevin Huerter, Harrison Barnes, Richaun Holmes and Davion Mitchell for touches. There are a lot of mouths to feed in Sacramento. That just isn’t as true for the Magic. If you bet on Murray, you’re betting on the Kings making a serious playoff push. That’s what it’s going to take to close what will likely be a meaningful statistical gap between him and the favorite.

Malcolm Brogdon is gone. Buddy Hield and Myles Turner could soon join him. The team now firmly belongs to Tyrese Haliburton, but any games he misses are up for grabs, and in a clear tanking season, minor scrapes and bruises tend to become lengthy absences. The point here is that there are plenty of shots to go around in Indiana, and aside from Chris Duarte, there just aren’t that many Pacers eager to take them.

Stylistically, Mathurin should play quite well off Haliburton when they’re in the lineup together. His best trait is his jump shot, but he’s a strong enough ball-handler to kill overeager defenders closing out on him. He isn’t yet an adept pick-and-roll technician, but he doesn’t need to be. It’s not as though Banchero and Murray are expected to post gaudy assist numbers.

In truth, I’d likely wait until the preseason to make this bet. We don’t yet know how Indiana is going to set its lineups. Is Mathurin going to start? More likely, he’ll come off the bench behind Duarte. How often will Rick Carlisle play three guards? His history suggests it’s something he’ll consider. The odds shouldn’t change too much here between now and opening night, so there’s no reason to rush into this bet.

A lot of the same logic that applies to Mathurin applies to Agbaji, but you’re getting him at triple the odds. He’s on a team that’s currently being torn down to the studs. There will be no shortage of shot attempts for Agbaji, and it doesn’t hurt that he should come into the NBA as a relatively strong defender. He’s also a four-year college player, so the learning curve won’t be too steep. It wouldn’t be terribly surprising to see Agbaji starting in Utah’s backcourt alongside Collin Sexton if the Jazz manage to trade Mike Conley before opening night.

The obvious drawback here is that while Agbaji is a stellar shooter, he’s not much of a ball-handler. He’s also on Sexton’s team, and Sexton isn’t exactly known for his passing. If you’re looking for a Utah long shot bet, Sexton at +5000 for Most Improved Player looks much more appealing.

OK, the long shot of all long shots. Everything that applied to Smith also applies to Washington. The difference is that you’re getting one at +650 and the other at 100-to-1. Washington probably isn’t going to play enough minutes to win this award or even seriously compete for it. But Porter is volatile, and until he signs a contract extension, he’s a trade candidate by default. If he or Green gets hurt, Washington would be due serious minutes just by virtue of being young on a tanking team.

Am I going to bet this? No. But if you’re looking for the longest of long shots, you’re looking at guards who have avenues to minutes even if those involve injuries. On the same token, Jaden Hardy at +5000 is a somewhat sensible lottery ticket because Jalen Brunson just left Dallas and Spencer Dinwiddie has an extensive injury history. I wouldn’t bet on him either, but this is the formula for a non-top pick. Brogdon won his award as a second-round pick after the Bucks traded incumbent point guard Michael Carter-Williams nine days before the season. The odds don’t really reflect just how unlikely something like that was, but there’s a precedent for it if you’re looking for one.