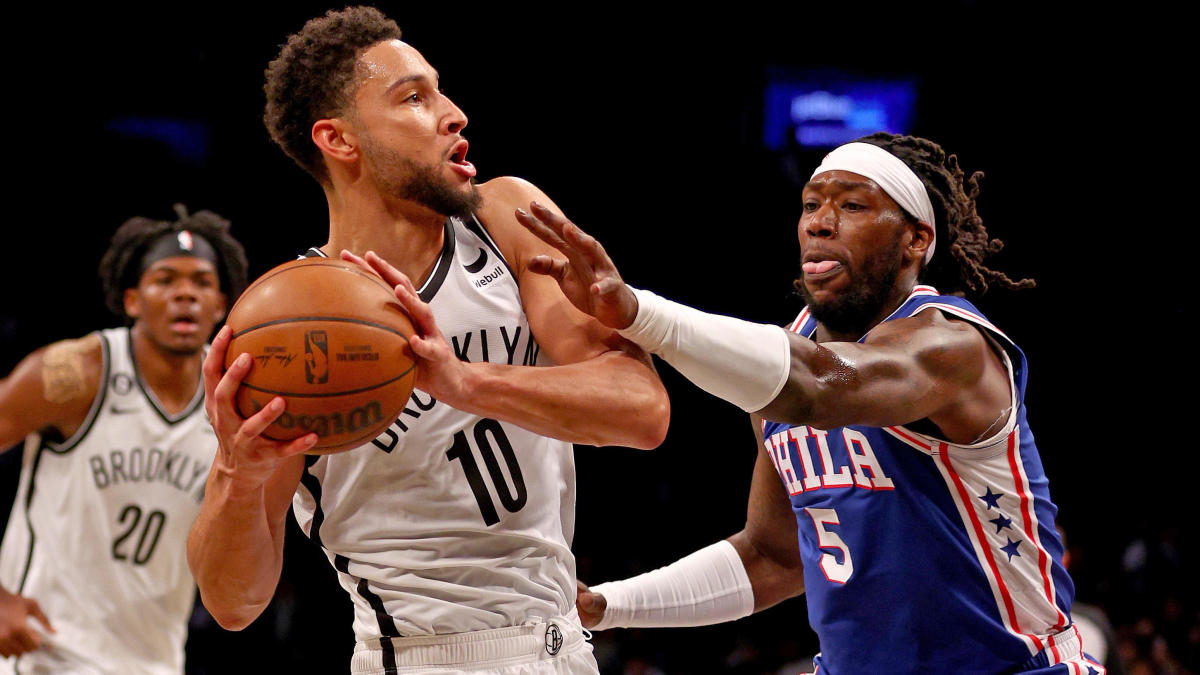 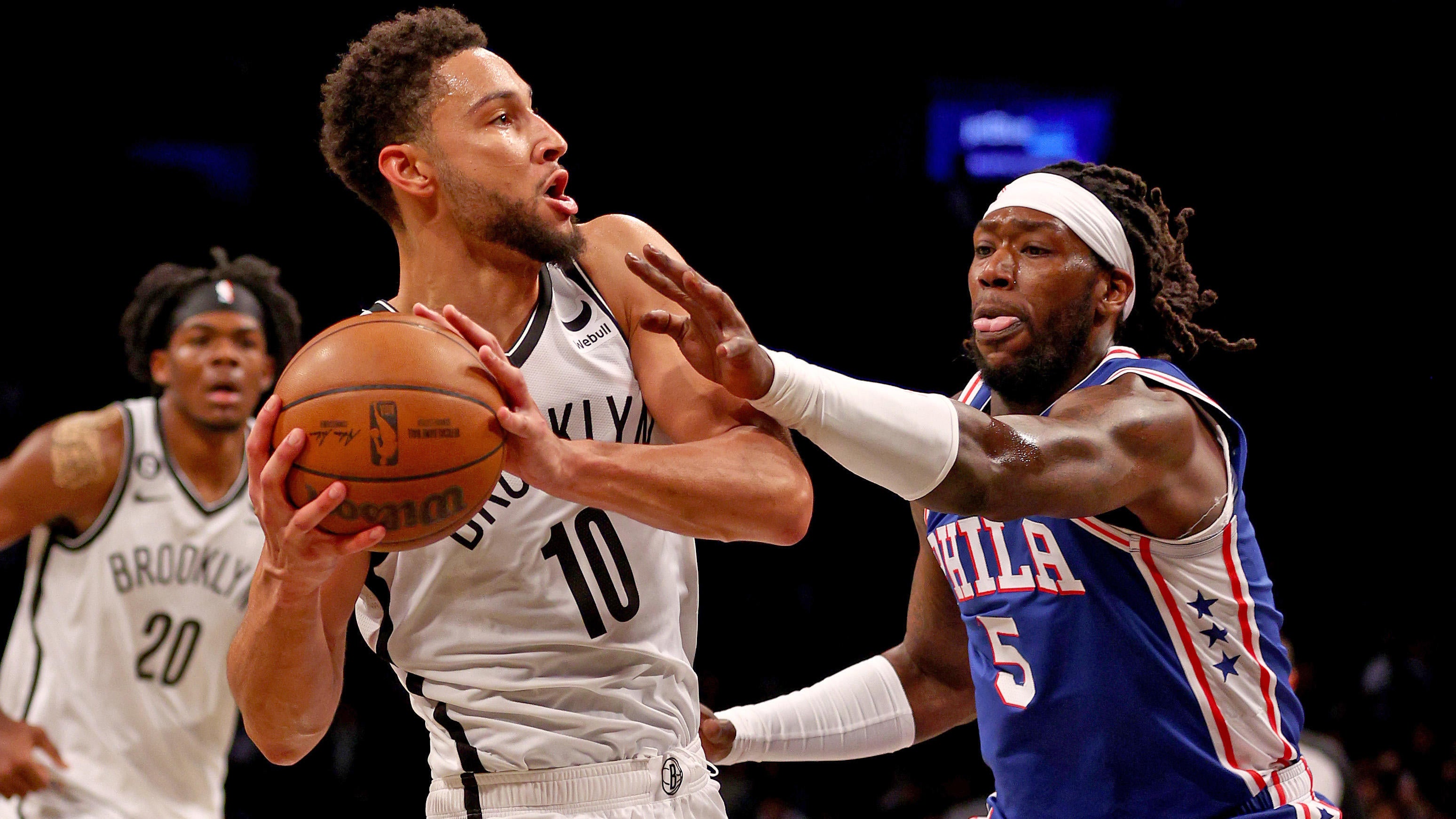 The NBA preseason is rarely relevant. Stars either sit out or play limited minutes. Nobody cares about the outcome. And unlike the NFL, back of the roster spots are usually decided in the offseason with only an occasional slot dictated by preseason performance. For the most part, these games offer little of impact to the regular season that follows.

But Monday presented possibly the most important night in NBA preseason history. Three players — all of whom missed last season — all returned to the floor for their three respective squads. Kawhi Leonard of the Los Angeles Clippers, Ben Simmons of the Brooklyn Nets and Jamal Murray of the Denver Nuggets, all played in their first professional basketball games in over a year, and if that wasn’t enough, the Los Angeles Lakers also showed off their new-look roster under first-time head coach Darvin Ham.

So let’s jump around a bit and check in on each of Monday’s major stories.

We got a little bit of everything out of Simmons in the Nets’ loss to the Philadelphia 76ers. Yes, some of his on-ball wizardry was on display with this gorgeous dime.

We also watched him clank two free throws and get booed in his own building.

In hindsight, the boos should have been pretty predictable. After all, Nets fans aren’t known for filling up their arena, and Philadelphia is only a short drive away. Considering the cheap preseason ticket prices, there were probably quite a few Philadelphia fans in the stands for the game. In a more typical game, Simmons will likely be supported by a friendlier crowd.

Overall, his performance was mixed. He remains an incredibly reluctant scorer, and Philadelphia scored at will in the blowout, but nobody expected the old Simmons to show up for the first night of the preseason. It’s going to take him and his new teammates time to figure out how to coexist. Those teammates seem to be eager to do their part. Kyrie Irving was noticeably deferential in allowing Simmons to play point guard in the early going. If that’s the alignment Brooklyn plans to run with this season, Simmons will have plenty of chances to prove himself as a Net.

Does this look like a man coming off of a torn ACL?

In one clip, we see Murray’s explosiveness, his ability to change directions and his craft as a scorer. Murray scored 10 points on 4-of-7 shooting in 15 minutes of action, and for now, that’s about all we can expect out of Murray. Coach Michael Malone made it clear that he’ll start the season on a minutes limit likely to land in the 20s, and given the limited rewards of trying in the preseason, 15 is likely going to be his cap for the next two weeks.

But Murray made a heck of a first impression in his first game action since April, 2021. With Nikola Jokic and Michael Porter Jr. on his team, Denver won’t ask Murray to carry the sort of load that most star guards do. If he can build on this performance, the Nuggets are going to be just fine.

It was an uneven night for Kawhi Leonard. He kicked things off in style by drilling a 3-pointer in the game’s opening possession.

But after this? He went on to miss his next five field goal attempts. He sank his last two of the game, including a nice turnaround that was vintage Kawhi, before calling it a game after 16 minutes. It’s hard to take much from any Leonard preseason game. He’s cautious at the best of times, and he was never going to flash his full athletic ability in a meaningless game just to send a message.

We’ll know where Leonard stands in his rehabilitation when we see him play real games against real opponents. The same is true for Portland’s Damian Lillard, who played more minutes and took more shots but displayed the same rust Leonard is dealing with after missing most of last season with an abdominal injury.

Things went sideways in the second half once the starters were done for the night, but there was a lot to like in Darvin Ham’s head-coaching debut. The offense was fast-paced and unselfish. LeBron James wasn’t remotely himself in missing all seven of his field goal attempts, but Russell Westbrook picked up the slack with an understated but productive first half. At the very least, he showed he still has plenty of burst.

More importantly, Westbrook took only three shots while racking up three assists. Judging defense and effort in a preseason game would be foolish, but in one half of action, Westbrook at least seemed more open to the idea of playing a role rather than running the team. With Kendrick Nunn shining in his own return to the floor and Dennis Schroder incoming, the Lakers have more ball-handling guards than they know what to do with. If Westbrook is going to have a place on this team, it’s going to have to come by playing the sort of unselfish basketball he did Monday night.