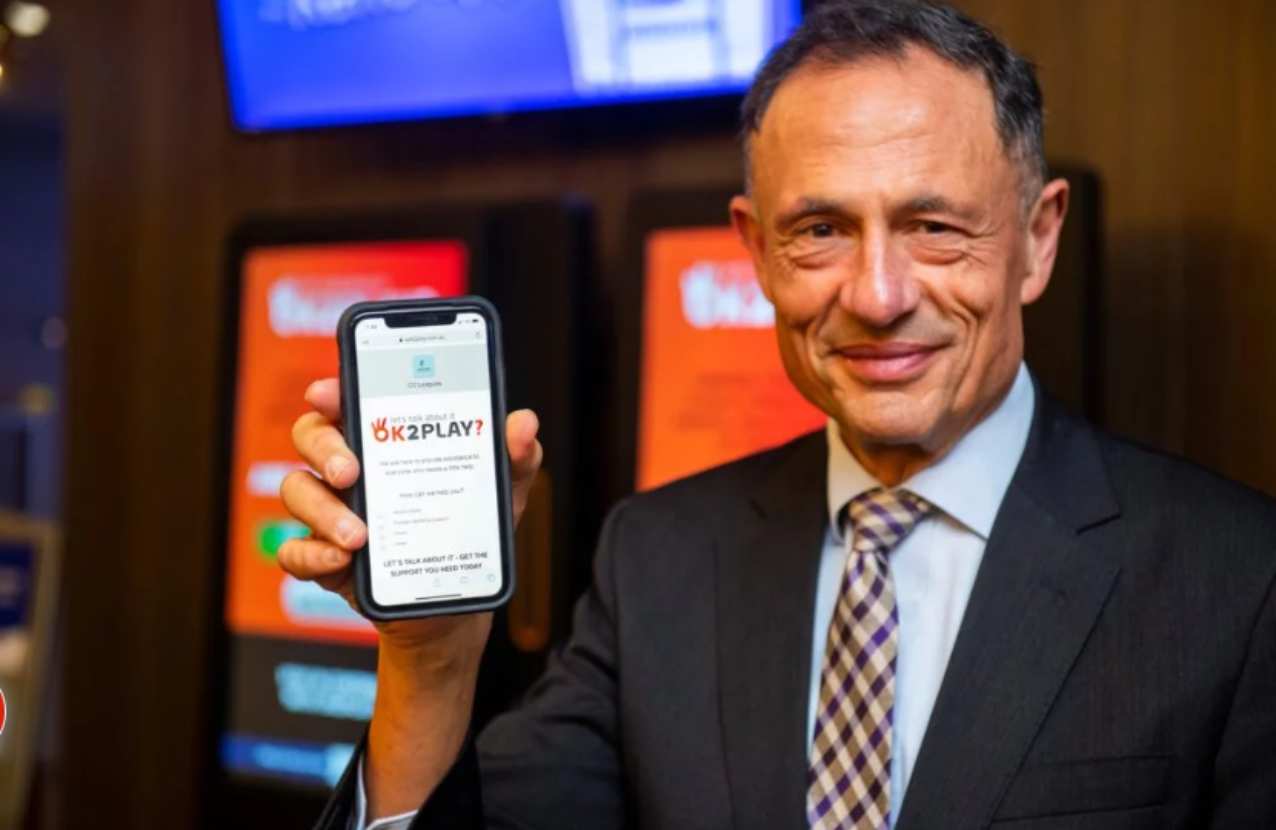 Innovative Australian venues have been operating ahead of the curve when it comes to player and staff protection, implementing a newly developed Australian technology platform in recent months.

Patrons who respond yes will have a relatively unchanged experience.

For those feeling susceptible or uncertain, the OK2PLAY? technology triggers a discreet and private in-venue response from staff to assist, and these patrons are then linked with support services.

Bryan Tewani, CEO of OK2PLAY? says the industry needed a simple and effective technology that bypassed all the barriers society may put up for people to seek help.

“People don’t have to consider who they should ask for assistance, what they should say, or how the person would feel if they approached them for help, since the anonymity of technology shields them.”

“OK2PLAY? removes all those hurdles to capture patrons in action and prompt them to stop for a moment and consider, “Am I really OK to do this right now?”

“When a customer is no longer having fun and is having difficulties, venues should provide an exceptional level of care to take care of these individuals and take their social licence and responsibility seriously, for the client, the staff, and the community.”

“What OK2PLAY? provides is a simple and effective tool for protecting players, while also protecting staff, who have previously been responsible for the incredibly difficult task of recognising vulnerable patrons,” says Mr TeWani

CEO, Jeff Gibbs says the industry needs a player protection tool which makes gaming safe for the patron and also makes the industry and the individual Club more sustainable.

“OK2PLAY? was the platform that created this solution seamlessly with ease to patrons and staff. It removed the tension of staff managing this process, which also satisfied our duty of care to our staff and made us a desirable employer.”

“As a community club it’s important that we look after the community and act in the best possible way.” says Gibbs.

“The purpose is for members to feel secure, and if they do have a problem and they are a bit shy in talking to our staff and trained personnel, this is a way they can go to an easy touch and get help fairly quickly.”

OK2PLAY? technology provides venues with staff protection as the platform acts as the first level of detection and recognition for identifying at-risk patrons.

Mario Machado, CEO of Hornsby RSL, who have been using the OK2PLAY? system since September said we are quite an advanced Club as far as technology is concerned, and we do put digital at the forefront of the decisions we make.”

“This technology makes it easier for our patrons to reach out to us if they have a problem.”

It also makes it easier for our staff in the manner that first approach and first contact is made via a discreet and seamless system.” says Machado.

OK2PLAY? has been well-received by venues in New South Wales and Queensland, and more launches are planned for the coming weeks and months and it’s digital technology is a simple and effective option for mental health awareness in an industry where mental health is increasingly important.