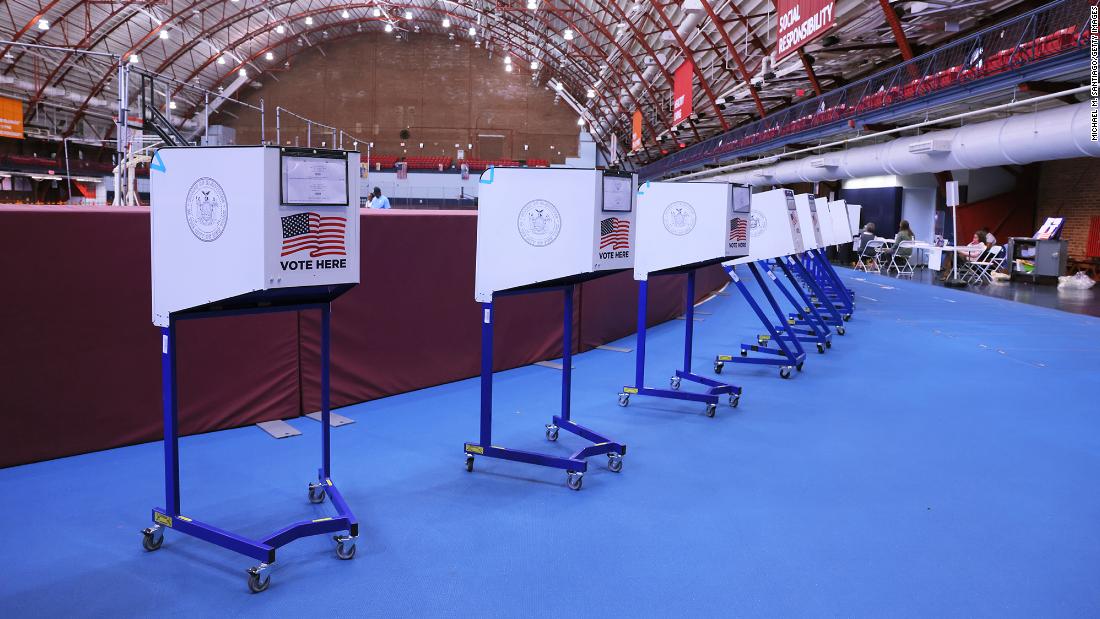 It’s 8 p.m. ET and polls are closing across Rhode Island and Delaware.

The final polls are also closing in New Hampshire. Some locations closed earlier in the state at 7 p.m. ET.

These are the key races to watch as results roll in:

In New Hampshire, the highest-profile race will be the GOP primary for the US Senate seat. Don Bolduc, a retired Army brigadier general, is facing off with state Senate President Chuck Morse. Fearing that Bolduc could jeopardize their chances of unseating Hassan, some Republicans have been pouring money into the race to try to boost Morse. The winner will take on Hassan, who is seeking a second term.

Granite State Republicans in the 1st District will also choose their nominee to face Rep. Chris Pappas, who is seeking a third term, in November. Top contenders in the crowded primary include: Matt Mowers, who worked as an adviser in the State Department in former President Donald Trump’s administration; Karoline Leavitt, who was an assistant press secretary in Trump’s administration; Gail Huff Brown, the wife of former Massachusetts Sen. Scott Brown; and state Rep. Tim Baxter.

In Rhode Island, there is a full slate of primaries, including in the state’s open 2nd Congressional District. Democratic Rep. Jim Langevin opened up a competitive Democratic primary for the seat when he announced his retirement in January. Rhode Island Treasurer Seth Magaziner has raised the most amount of money in the race but was unable to clear the field.

Magaziner faces opposition from several Democrats, including Sarah Morgenthau, who was the director of the Peace Corps Response under former President Barack Obama; David Segal who once served in the state legislature and ran a failed congressional race in 2010; and Joy Fox, who worked as communications director for Langevin and former Gov. Gina Raimondo. The winner will face Republican Allan Fung, who is unopposed, in November.

In the Democratic gubernatorial primary, Gov. Dan McKee is seeking his first full term after being elevated from lieutenant governor last year after Gina Raimondo became President Joe Biden’s commerce secretary. McKee faces opposition from a few Democrats, including Rhode Island Secretary of State Nellie Gorbea and former CVS president Helena Foulkes. Businesswoman Ashley Kalus is the favorite to win in the Republican primary. The last time a Republican won the governorship was in 2002.

While Delaware will not hold any primaries for Congress or governor, the state will hold local and some lower-profile statewide primaries.