New London Police use technology to connect with 911 callers 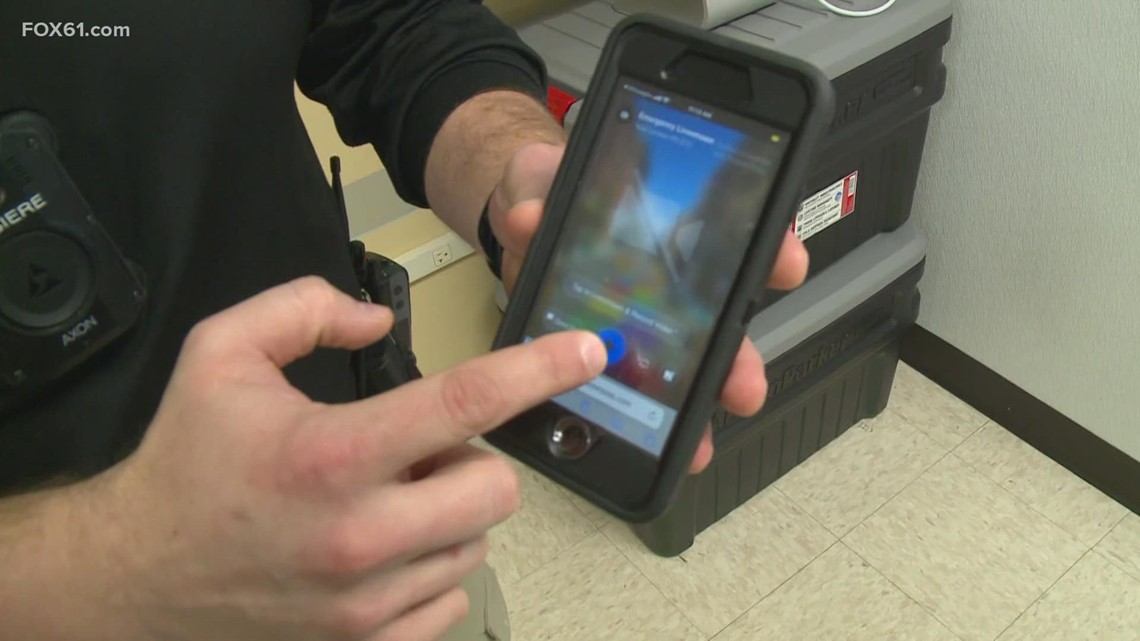 It’s a software, web-based program that is completely free to the police department and for those who are calling 911 for help.

“The important thing about this system, is that everything is controlled by the person on the other end of the phone. We control nothing, we activate nothing. The only thing we do is we send out the olive branch saying, ‘Hey if you want to contact us, this is the way to do it through video or through text,'” said Sgt. Matthew Cassiere with the Records Division in the New London Police Department.

The process is simple. If someone calls 911, a dispatcher can get their name and cellphone number, and send them a link. The caller can then click that link, and allow the program to access their camera. That would simply allow a dispatcher to temporarily see what the caller sees, during the time of the call. For those who have an iPhone, it’s similar to Facetiming.

TONIGHT AT 6 on @FOX61News:
We’ll introduce you to a new program that @NLPDCT just started to implement. It’s called Prepared Live, and it helps dispatchers communicate with 911 callers through video and text.

We’ll show you how it works and what it’ll do for the community. pic.twitter.com/IqklJu4JzR

“The main uses for this would be to get this communication started prior to our officers being on scene. And really getting an inside look by the dispatchers of what’s going on so they can relay that back to the officers,” said Sgt. Cassiere.

There is no audio, and there’s also a feature for dispatchers to “text” the 911 caller, as long as they’re still actively using the link. Something police were not able to do before utilizing the program.

Sgt. Cassiere said it’s useful in situations where the caller can’t speak for safety reasons, or is lost and needs to show dispatchers where they are or what they’re seeing.

“There’s two parts to that, and that’s what it will do for the community. And that’s having another avenue to report and to get information to the police so we can provide a safer outcome,” Sgt. Cassiere said. “A lot of times, we don’t get a lot of information as to what we’re responding to. Sometimes, it’s just, ‘Hey there’s somebody acting suspiciously.’ I don’t know about you, but I don’t particularly know what that means.”

Chief Brian Wright with the New London Police Department said that information will better help police so they know if they need to increase or decrease their response to certain calls. He said it’s already been useful since the department started using Prepared Live a few weeks ago.

“Upgrades in technology will definitely assist with that, and also assist in keeping our officers safe. So, it’s very important that we stay current and we try to progress and get better,” Chief Wright said.

The technology is secure. Police are not keeping the videos for their records unless it is needed in an investigation. If so, they’d have to request access to it. Callers cannot see the video after they close the live stream link, either. And once the live stream is over, dispatchers cannot access the caller’s camera anymore.

Right now, police are using the free version of the program. If they’d like, they can add more features onto the plan.

If callers would like to use Prepared Live, they don’t have to do anything, except call 911.

“There’s nothing that you, as the consumer, have to do to make this work. Other than having a smart phone, obviously, and allowing us the access that we need,” Sgt. Cassiere said.

Have a story idea or something on your mind you want to share? We want to hear from you! Email us at newstips@fox61.com

HERE ARE MORE WAYS TO GET FOX61 NEWS

Stream Live on ROKU: Add the channel from the ROKU store or by searching FOX61.