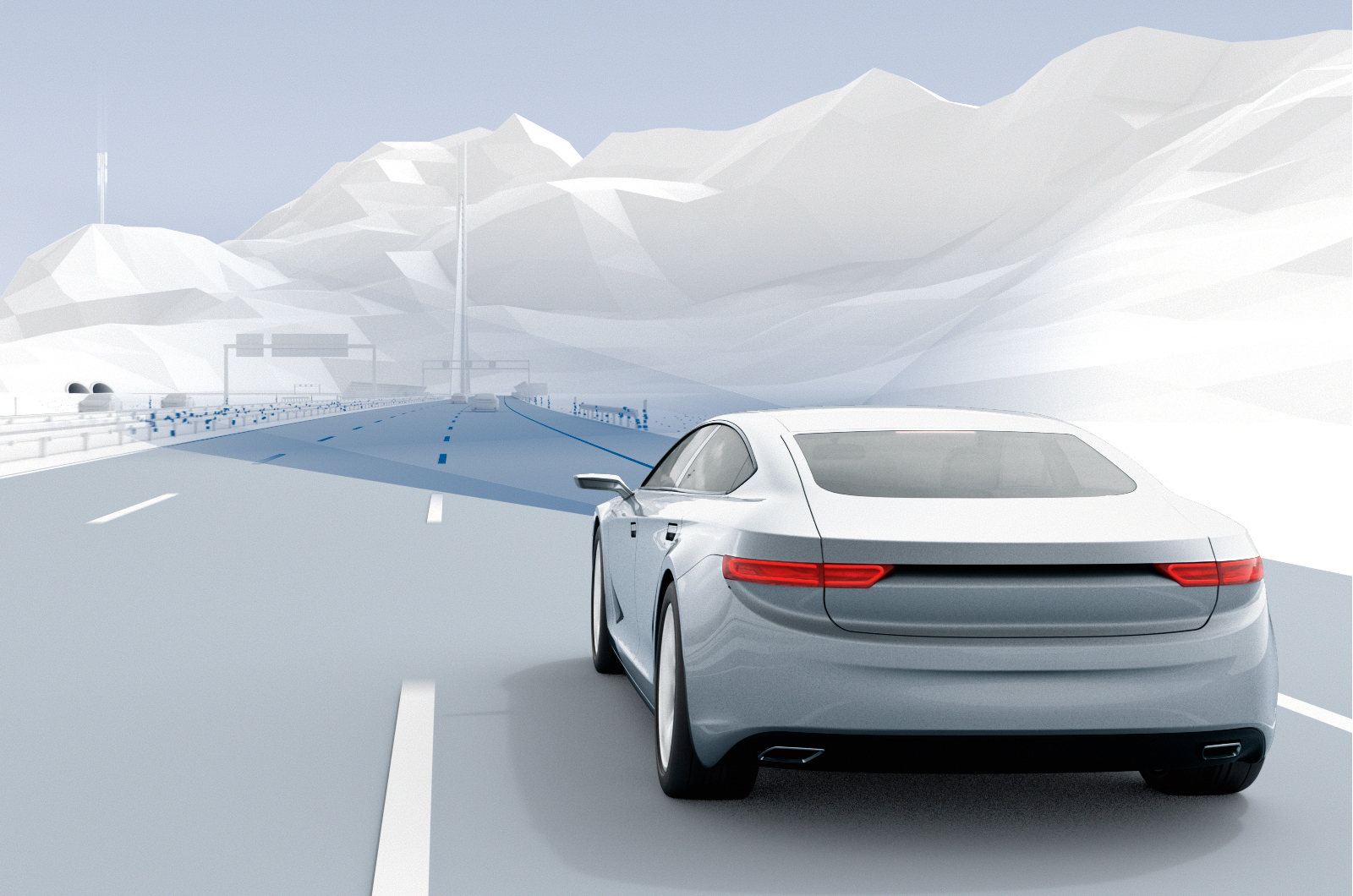 How autonomous vehicles find their way around is usually associated with hardware like cameras, lidar and ultrasonic sensors, but Bosch says digital maps are also a kind of sensor. Its point is that the information contained on a high-resolution digital map extends much further than the detection range of any hardware sensors a vehicle may have.

Bosch acquired mapping specialist Atlatec this year, a firm that has developed its own kit consisting of hardware and software to collect raw data. AI analyses the data, which is then enriched with specific information such as details of signage, structural features, severity of bends and so on. As the AI code continually learns, the detail in its understanding of the road features and environment increases, building a picture accurate enough for the car to pinpoint its position.

Earlier this year, we looked at how Volkswagen has integrated swarm data (gathered by loads of cars – the swarm – and shared) to increase the power of its advanced driver assistance systems (ADAS), such as lane keeping. Since last year, Bosch has also been working with VW to harvest real-time information that can be used for developing and improving high-resolution maps.

This is where what autonomous vehicle engineers call ‘localisation’ comes in: the ability of a vehicle to know its exact position on a map with the same degree of accuracy as a human driver can. At least, that’s the theory. Bosch is tackling the problem by creating what it calls a ‘road signature’ using data gathered anonymously by VW Golf Mk8s. Data is sent to the VW cloud (or that of any other car-making customer) and shared with the Bosch cloud to keep multi-layer high-resolution maps updated. Although Bosch calls this data a digital twin of each physical car’s environment, it stresses that only information needed to improve the map layers is sent to the cloud.

In use, each car will analyse the environment it ‘sees’ with its on-board sensors and compare it with the image held by its digital twin. Bosch says this will allow cars to pinpoint their position on the road to a few decimetres (so perhaps less than half a metre) relative to the map. Final positioning and obstacle avoidance is taken care of by the vehicle sensors and controls. This should mean that the localisation is accurate even in poor visibility.

The work is part of a two-pronged effort. The first is to improve SAE automation levels one to three, which covers ADAS to “conditionally automated systems”, where a vehicle can take control of most driving tasks but remains supervised by the driver. The second is level four – high automation where the car can perform all driving tasks but again remains supervised by the driver. That doesn’t mean we can expect to see fully autonomous level-four cars suddenly appearing in the near future. The perception is that the market initially lies within the logistics sector, which could mean autonomous trucks first, or autonomous vehicles operating locally in last-mile delivery situations.