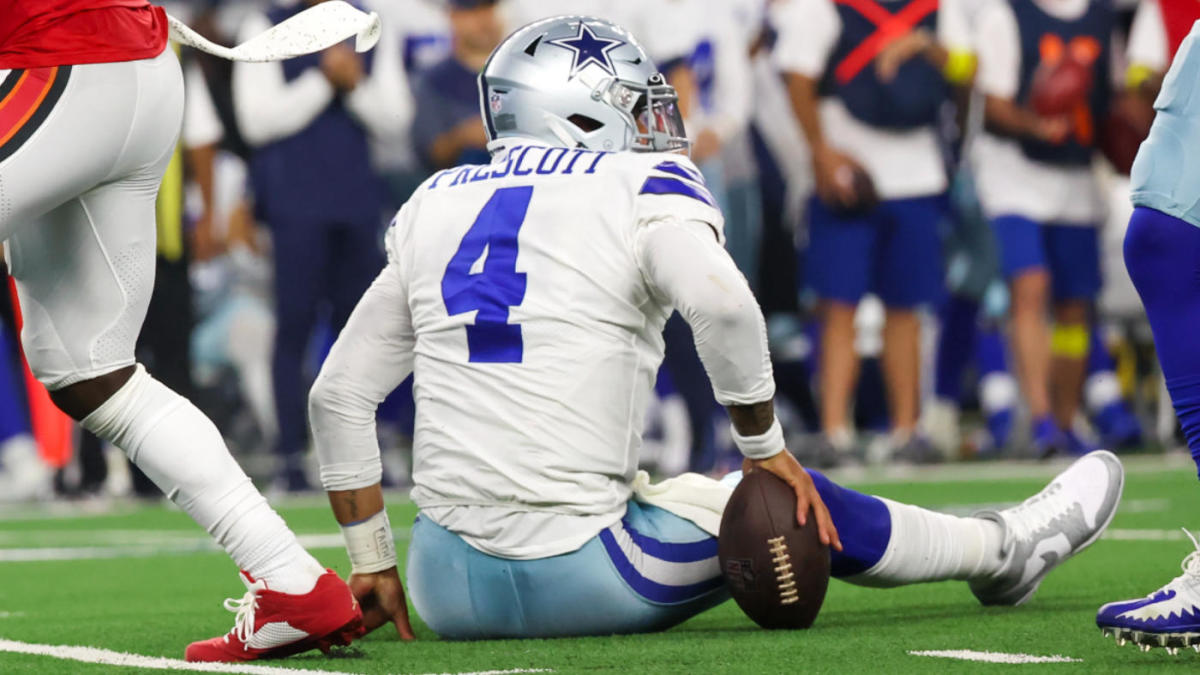 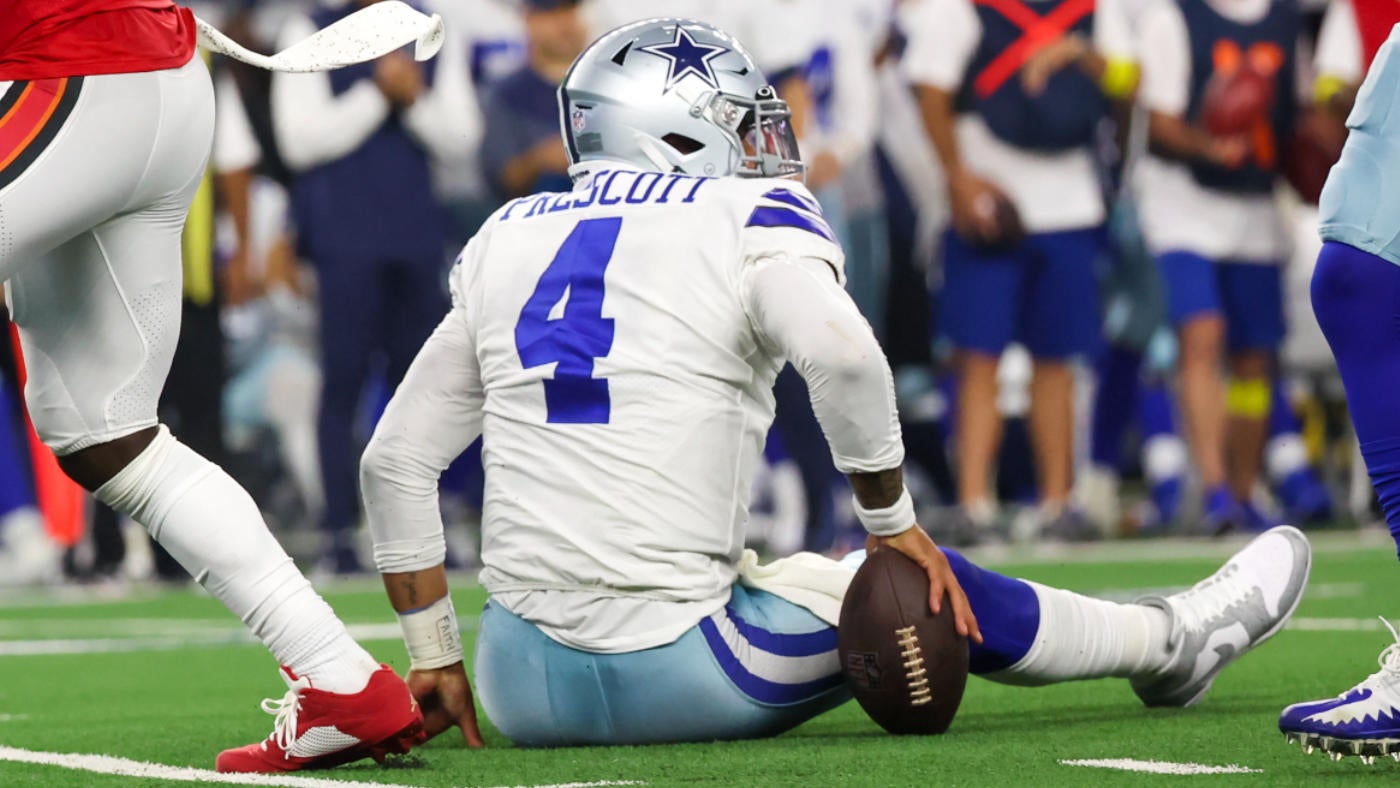 Dak Prescott is going to miss at least the next month and very likely more as he recovers from the thumb surgery expected to take place Monday. The Dallas Cowboys will be without the most essential part of their offense for several weeks, and it’s the biggest hit this snakebitten team has faced this season yet.

Prescott’s thumb injury occurred toward the end of a game where the Cowboys’ offensive woes had been exposed by Todd Bowles’ defense. A dearth of talent at receiver, a not-yet-ready offensive line and an overall unit that continues to shoot itself in the foot all were overshadowed by Prescott’s injury.

The Cowboys are now without Prescott’s physical talents but also his leadership just as the season begins. The Cowboys were already without offensive line leader Tyron Smith, who may not return until the winter, if at all. Now they’re down Prescott in a leadership department desperate for someone to take control.

“Yeah, it obviously isn’t what you want to hear. It’s not the worst thing that’s happened to me,” Prescott said after the game. “It’s just another bump in the road and I’ll keep moving forward. I’ll do everything that I can, that I can control, to get myself back, to get myself better, help this team and be the best I can in this role.”

There’s an aura about Prescott that’s difficult to describe to those who haven’t been around him. I could sense it instantly on the field in Oxnard, Calif., early in Cowboys’ camp this summer. As camp turned to preseason and preseason turned to a number of significant worries about this team before Week 1, Prescott’s presence created a sense of calm.

Now you have a Cowboys offense that has no reliable wide receiver outside of CeeDee Lamb, who hauled in just two of his 11 targets Sunday night. Michael Gallup continues to recover from an ACL injury suffered late last year, and third-round rookie Jalen Tolbert was beaten out for a game-day jersey by undrafted free agent pickup Dennis Houston.

Tyler Smith may very well be the left tackle of the future for Dallas, but it’s the present today and Jason Peters can’t get ramped up quickly enough.

The saving grace so far is the defense and perennial Defensive Player of the Year candidate Micah Parsons. The Buccaneers got inside the Dallas 30 six times and came away with only 19 points. Entering the game the Tom Brady-era Buccaneers were 1-8 in games in which they didn’t score more than 24 points.

So Dallas can win, and it can win with Cooper Rush, as the Cowboys did last season in Minnesota. But a leader has to emerge for the Cowboys to get them through the next several weeks.

Lion by the tail

The Lions lost another close game in the Dan Campbell era. But… was it actually close? The Lions have become kings of the faux-close, backdoor cover games, and that happened again Sunday in the 38-35 loss to Philadelphia. Even though the Lions made it a three-point finish, they trailed by 17 points at one point in the fourth and never had a possession in the final quarter where they could have tied or taken the lead.

Detroit is now 3-14-1 under Campbell and with quarterback Jared Goff taking the majority of those snaps. Last season they went 2-6-1 in games decided by eight or fewer points, and those nine games represented one more than the league average.

Blitz at your own risk

Patrick Mahomes may very well be the AFC Offensive Player of the Week after his 360-yard, five-touchdown passing performance against the Cardinals. The Kansas City Chiefs quarterback made it seem easy, and part of the reason for that was because Arizona opted to blitz Mahomes on 54 percent of his dropbacks, the highest percentage he’s ever seen in his career.

It’s usually a bad idea to blitz Mahomes, like it is so many elite quarterbacks. But Arizona defensive coordinator Vance Joseph didn’t have much of an option.

With newly acquired Trayvon Mullen (toe) inactive, Antonio Hamilton on the non-football injury list and Byron Murphy returning from an illness, the Cardinals had little depth and had to figure Mahomes would expose their corners if he sat back in the pocket with time to throw.

The T.J. Watt pec injury is obviously concerning for the Steelers. The fear is that it’s torn, as the reigning Defensive Player of the Year appeared to say shortly after it occurred, according to every amateur lipreader watching the game. He’ll have an MRI Monday, and he’ll likely miss the season if it is indeed fully torn. The Steelers will have to turn immediately to Malik Reed, acquired via trade from the Broncos in late August, to fill the void while scouring the free-agent landscape for more help.