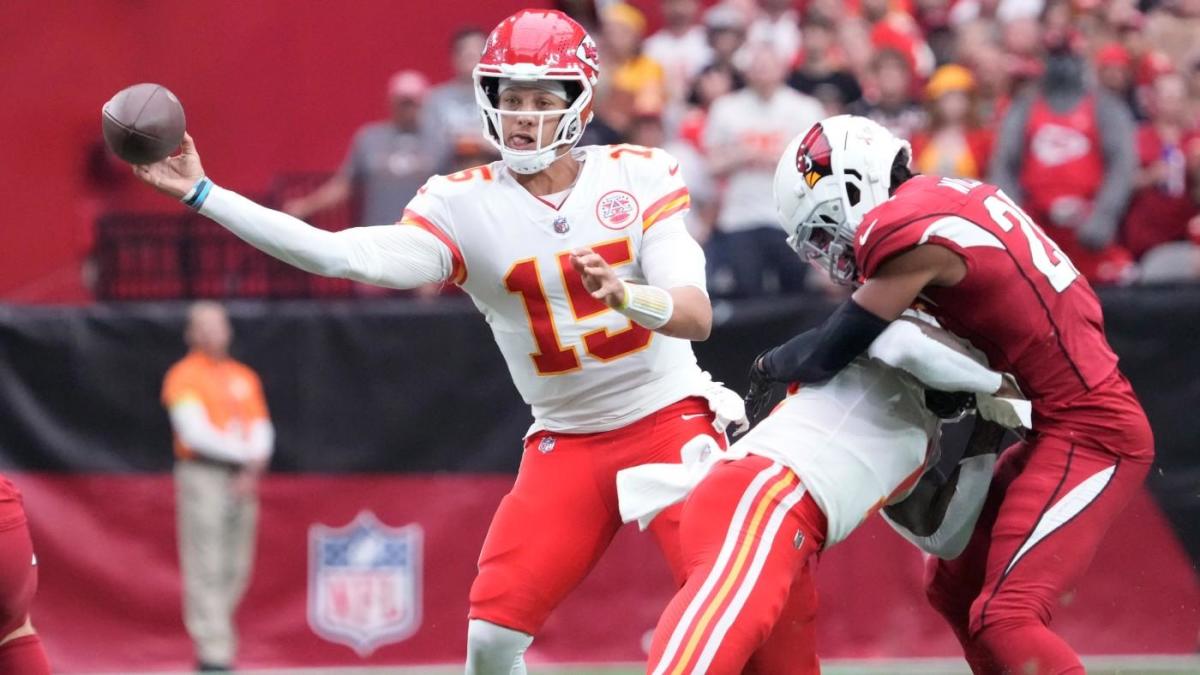 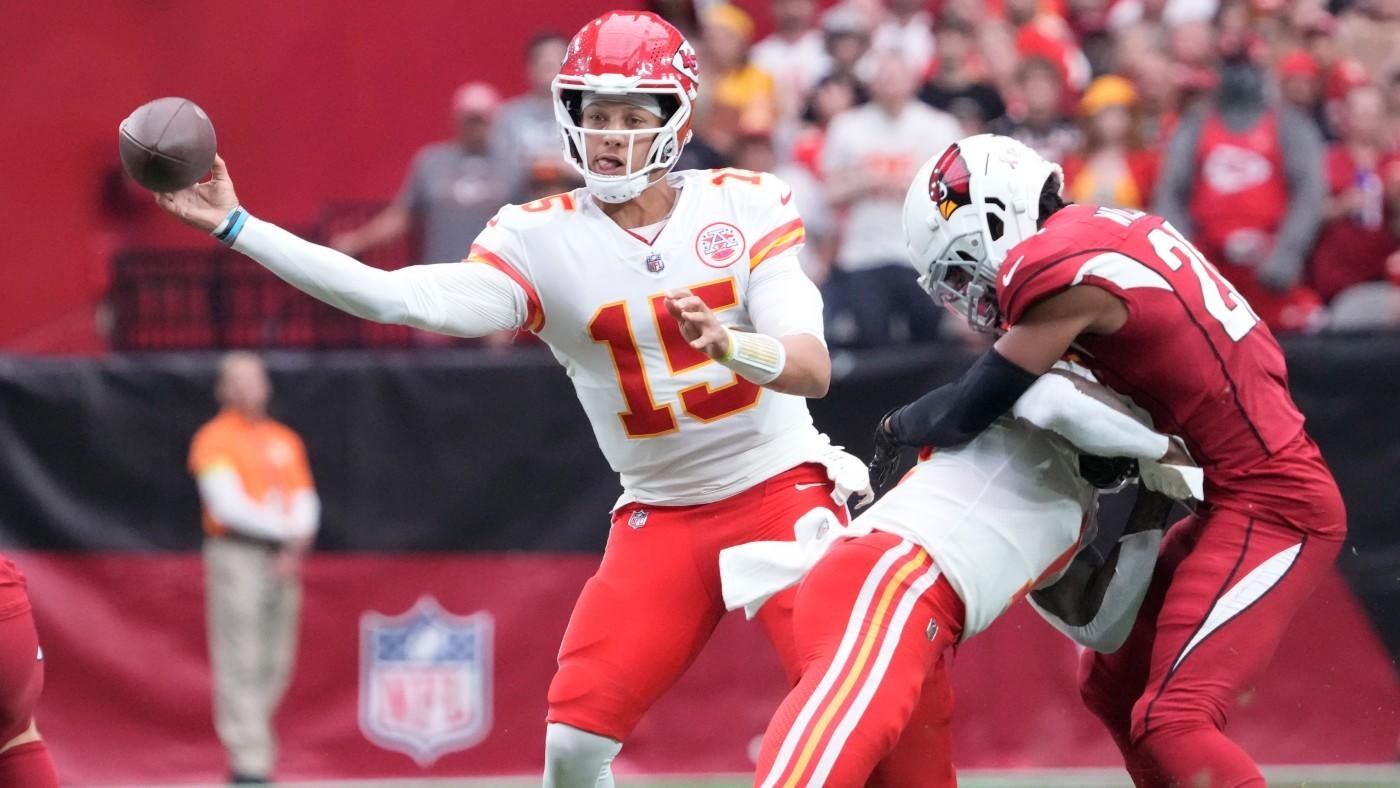 It’s Week 1 of the 2022 NFL season, and we’re keeping you updated on all the action and biggest storylines throughout the day. The Week 1 slate has some fantastic matchups and storylines, and we’re here to help you watch it unfold. Check back often to find out everything you need to know.

It was only fitting that the last game of Sunday afternoon came down to a missed field goal. With all the struggles kickers had today, it just seemed like Randy Bullock’s 47-yarder wouldn’t find it’s way through the uprights. Sure enough, he missed wide left, giving the Giants their first win to open a season in six years.

New Giants head coach Brian Daboll could have gone for the tie with an extra point. Instead, he trusted his offense to get back into the end zone and take the lead with just over a minute left. The shuttle pass seemed doomed from the start, but Saquon Barkley made a great individual play to make the first defender miss and fight his away across the goal line, giving New York the 21-20 advantage.

Derek Carr and Davante Adams haven’t lost a step despite not playing together since 2013. The former Fresno State teammates have connected 10 times for 141 yards and this touchdown.

Just when the Titans gift the Giants a scoring opportunity with a muffed punt, Daniel Jones gives the ball right back with an end zone interception midway through the fourth quarter.

No Tyreek Hill? All good for Patrick Mahomes. How about 334 yards and five touchdowns in just 41 minutes of game action? Oh, and he only has eight incompletions.

In less than halfway through the third quarter, the Giants have already erased a 13-point halftime deficit. This time it was Daniel Jones delivering an on-target deep ball to Sterling Shepard. Shepard did the rest, slipping off a tackle before waltzing into the end zone for the 65-yard score.

It’s widely thought that Davante Adams is the NFL’s best route-runner. Don’t believe me? Just look out this separation he gets on this play. Gain of 41 yards.

It’s a make-it-or-break-it season for Saquon Barkley, and the former No. 2 pick is making it happen in the second half against the Titans. With the Giants in dire need of a spark, Barkley ripped off a 68-yard run to put the team in business. Three plays later, Barkley found the end zone from 4 yards out to cut the deficit to one score. Barkley is over 100 yards on just eight carries so far.

Justin Herbert’s MVP campaign is only going to continue to grow if he keeps playing like he did in the first half of the season opener. He went 17-for-20 passing with 204 yards and two touchdowns, the second of which was threaded between three defenders to DeAndre Carter for the 23-yard score.

Justin Jefferson admitted that Davante Adams is currently the NFL’s best WR, but said that after this season it’ll be him. He’s off to a heck of a start, already eclipsing 158 yards receiving (!) and two touchdown IN THE FIRST HALF against the Packers.

We’re giving fullbacks all the love this season in our highlights post. The first shout-out goes to seventh-round rookie Zander Horvath, whose 1-yard touchdown reception put the Chargers up 10-3.

With Chiefs kicker Harrison Butker getting carted off the field after suffering an injury on a kickoff, that left kicking duties to safety Justin Reid, who also serves as the backup kicker. Reid has handled them fantastically so far, booming an extra point after Kansas City’s second touchdown and then launching the ensuing kickoff through the back of the end zone. This isn’t all that surprising considering Reid nailed a 65-yarder in practice during training camp, but it’s still very impressive. Butker returned, but Reid did his job for the Chiefs when his name got called.

Finally. By far the craziest game so far in Week 1 ended with a winner, as Chris Boswell’s 53-yard field goal sailed through the uprights as time expired. This came after Evan McPherson missed the game-winning extra point in regulation, and after both McPherson and Boswell missed game-winning field goals in overtime. What a game that the Steelers deserved to win after forcing five turnovers.

Crazy endings across the NFL! In Atlanta, the Saints erased a 16-point, fourth-quarter deficit — thanks in large part to Michael Thomas — but it was Wil Lutz who was the hero with his 51-yard field goal with 19 seconds left.

It’s absolute mayhem in Cincinnati. Somehow, some way, the Bengals scored the game-tying touchdown in the final seconds despite committing five turnovers on the afternoon. All they needed was to covert the extra point. Simple, right? Nope. Minkah Fitzpatrick made yet another game-changing play by blocking the extra point and forcing the game into overtime tied at 20.

Wentz has had a roller coaster of an afternoon. He carved up the Jaguars defense in the first half but threw interceptions on back-to-back passes in the second half, the second of which led to the Jaguars’ go-ahead score. Still, Wentz was able to overcome those mistakes and make a big play when Washington needed it. He lofted a beautiful deep ball to Terry McLaurin in stride for a 49-yard touchdown.

A lot of people didn’t agree with the Jaguars taking Travon Walker over Aidan Hutchinson with the No. 1 overall pick in April’s draft, but the former Georgia standout has had a very impressive NFL debut. He’s stuffed the stat sheet with a sack, tackle for loss, pass breakup and, most importantly, an interception that set up a Jaguars touchdown.

Michael Thomas is starting to look like his old self. He’s been unstoppable in the fourth quarter, catching back-to-back touchdowns to pull the Saints within two in the final minutes. For the game, Thomas has caught five passes for 57 yards.

Could be the coolest thing we see in Week 1. Just minutes apart, brothers Amon-Ra and Equanimeous St. Brown each caught touchdowns for their respective teams. First it was Amon-Ra finding the end zone from four yards out for the Lions, and then Equanimeous St. Brown upped his little bro by snagging an 18-yard score to give the Bears the lead.

Garrett gets to Baker (twice)

Not only is Baker Mayfield getting a chance to play against his former team, but his former teammates are trying to stymie the former No. 1 overall pick and start the 2022 campaign with a win. Myles Garrett, himself a top pick, has been a big part of the Browns’ success, as he sacked Mayfield on back-to-back plays in the third quarter.

The Bears accomplished basically nothing offensively for the first two and a half quarters. Then one play, regardless of how visually unappealing, got them right back into the game. After avoiding what would have been nearly a 20-yard sack, Justin Fields rolled to his left but then flipped his hips and threw back left. Somehow, there was no one in the same zip code as Dante Pettis, who made the catch at the 49ers 30-yard line and rumbled into the end zone.

Lamar is a cheat code

If you just looked at the play-by-play, you would only see an eight-yard scramble from Lamar Jackson resulted in a first down. In reality, it was so much more for one of the most electric players in the league.

The Texans have given us one of the best plays in football: a well-executed flea flicker! Already holding a seven-point advantage to start the second half, Houston stayed aggressive offensively. Davis Mills pitched the ball to Rex Burkhead, who then flipped it back to Mills. That allowed Brandin Cooks to run free down the middle of the field, and even though Mills underthrew him, Cooks still hauled it in for the big gain. That play set up a field goal to give Houston a double-digit lead.

Turns out trading for A.J. Brown was a pretty great decision for the Eagles. The fourth-year wideout who began his NFL career with the Titans has six receptions for 128 yards … IN THE FIRST HALF. Check out his latest grab, which went for 54 yards and set up a field goal for Philadelphia before the break.

For as good as Burrow was during the Bengals’ run to the Super Bowl last season, he’s been that bad so far against the Steelers in Week 1. Burrow, who threw just 14 interceptions a year ago, threw three in the first half to go along with a lost fumble. Somehow, Cincinnati is only down 11 at intermission.

Matt Ryan made an uncharacteristic mistake throwing a screen pass right to Jerry Hughes, and the Texans took full advantage by scoring their first touchdown of the season. Recently signed tight end O.J. Howard was the beneficiary, hauling in a high pass down the seam from Davis Mills for the 16-yard score.

The Jaguars ended Carson Wentz’s short run in Indianapolis last season when they forced two turnovers and limited the offense to 11 points in a Week 18 win that kept the Colts out of the playoffs. Wentz, now the Commanders QB, is getting his revenge in Week 1 of this season. Two drives, two touchdowns for Wentz, who has started the game completing 11 of his first 16 passes. Washington with the 14-3 advantage early.

Taysom Hill doing what he does best

Taysom Hill is listed as a tight end, but the Saints are still using him as a rushing weapon under center. First, Hill ripped off a 57-yard run to get the Saints into the red zone. Two snaps later, Hill took another direct snap, followed his blockers around the right side and crossed the goal line from 11 yards out.

Not the way Joe Burrow wanted to start his 2022 season. After getting sacked on the first offensive snap, Burrow dropped back and then delivered a pass intended for Tyler Boyd. Only he didn’t account for Minkah Fitzpatrick, who became one of the highest-paid safeties this offseason, jumping in front of Boyd at the last second and taking the interception 31 yards to the house. What a start if you’re a Steelers fan!

The Lions are expecting big things from D’Andre Swift this season, and he began his third NFL season with a bang. On the Lions’ second offensive play of the 2022 campaign, Swift took the handoff off the left tackle, made one cut, slipped out of a tackle and was off to the races for a 50-yard pickup. Swift’s big run served as the big play on Detroit’s season-opening touchdown drive.

Kudos to the NFL schedule makers for kicking off the 2022 season with some juicy storylines. Russell Wilson’s first game as a Bronco … in Seattle … on Monday night?! Regardless of how bad the Seahawks might be, that’s primetime viewing.

Elsewhere, we’ve got new Commanders quarterback Carson Wentz trying to overcome his demons (the Jaguars defense), the Chargers facing off with a Raiders team that knocked them out of the playoffs in Week 18, and the Steelers going for an upset of the Bengals, who outscored them, 65-20, a year ago. Not to mention Baker Mayfield, now with Carolina, squaring off against the team that gave up on him for Deshaun Watson. (The schedule makers lucked into the Browns-Panthers matchup … or did they?)

Throw in Packers-Vikings, Patriots-Dolphins, Chiefs-Cardinals and Buccaneers-Cowboys, and it’s a riveting schedule to open the regular season. Let the games (finally) begin.

Political Theater in Crimea and Beyond