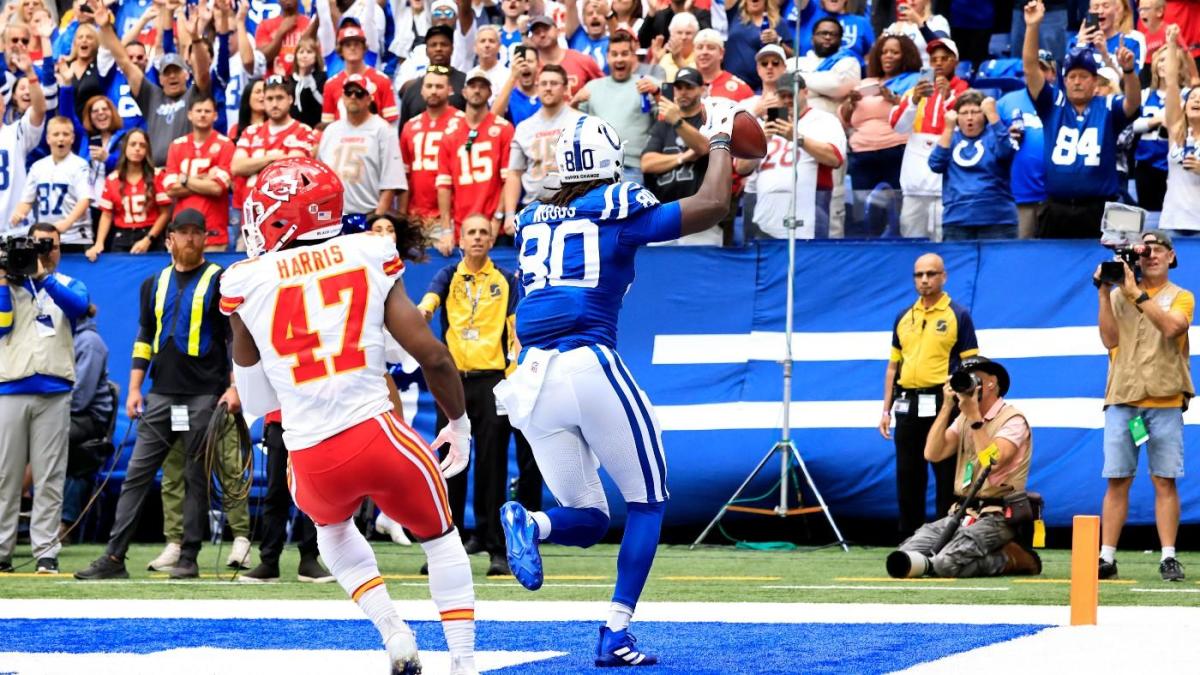 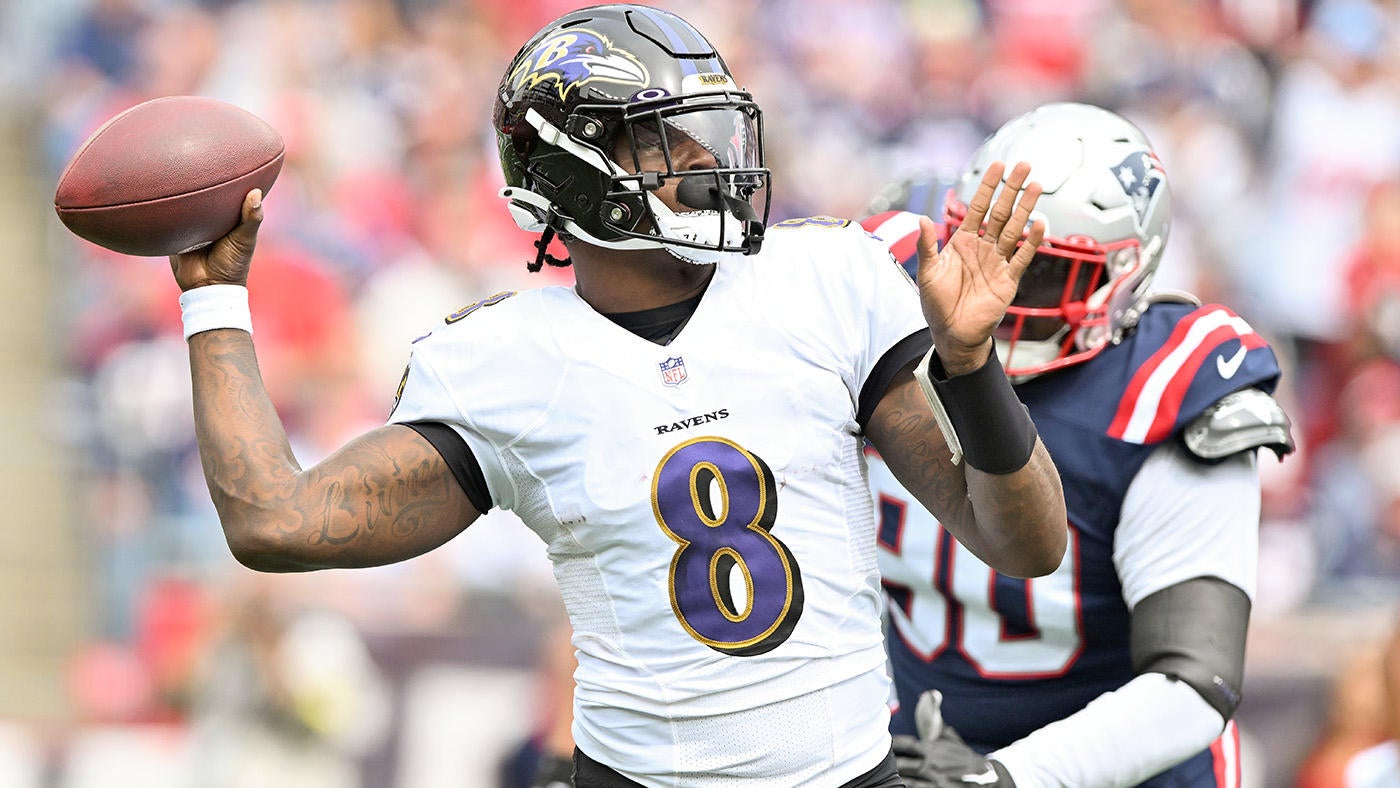 It’s Week 3 of the 2022 NFL season, and we’re keeping you updated on all the action and biggest storylines throughout the day. The Week 3 slate has some fantastic matchups and storylines, and we’re here to help you watch it unfold. Check back often to find out everything you need to know.

Who would have thought! Even having given up a late safety and allowing the Bills to get to their 41-yard line, the Dolphins ended up with the win after the Bills couldn’t get the spike off before time expired. Miami is a legit contender in the AFC.

The Vikings spotted the Lions a 14-point lead, quickly erased that, AND THEN went down 24-14 entering the fourth quarter. Yet when you’re playing the Lions, you’re never out of it. After Austin Seibert missed a 54-yard field goal with about 75 seconds to play, Kirk Cousins orchestrated the game-winning drive that he capped with laser to a streaking K.J. Osborne for the 28-yard score. And while the Lions got to midfield in their attempt to steal the game in the final seconds, all hope was lost when Josh Metellus came down with the interception.

Just when it seemed like the Colts were going to drop to 0-3 on the season, they saved their season by shocking Kansas City with a touchdown in the final minute and then sealed the upset with an interception from Rodney McLeod.

The Chiefs’ plethora of miscues gave the Colts one too many chances. And with the game on the line, Matt Ryan delivered. He found Jelani Woods for a 12-yard touchdown with under 30 seconds to play to give Indianapolis the improbable lead.

The Bears are very grateful that they were able to retain Roquan Smith after his contract situation led to a trade request. Smith made one of the biggest plays of the season, as his interception set up Chicago’s game-winning field goal from Cairo Santos as time expired.

Mac Jones’ rushing ability today? Impressive, especially for him. His passing prowess? Not so much. While he’s thrown for more than 250 yards, he’s thrown two interceptions, the last of which was a killer for a Patriots team trying to take the lead. Instead, Marlon Humphrey picked Jones off in the end zone to halt a huge drive for New England.

Waddle behind the defense

With catches of 32 and 45 yards, Jaylen Waddle set up the Dolphins with a golden chance to take the lead in the fourth quarter. And Miami did not squander the opportunity. Chase Edmonds’ three-yard rushing score put his team ahead.

When trying to avoid an 0-3 start, here’s a tip: Don’t throw red zone interceptions. Not great from Derek Carr here with the Raiders trying to erase a double-digit deficit.

It’s been a rough start to the 2022 season for Baker Mayfield, but the former Browns quarterback made a play when his team needed it early in the fourth quarter. Well, actually, it was Laviska Shenault Jr. who did all the work, catching the ball behind the line of scrimmage before juking one defender, cutting across the face of another and then streaking down the left side for a 67-yard score.

Make that 10 passing touchdowns in fewer than three games for Lamar Jackson, who is going to get PAID this offseason if he keeps playing like this. He needs to give a lot of credit to Devin Duvernay on the latest score, as the wide receiver made a beautiful jumping catch in the corner of the end zone.

Khalil Herbert, a sixth-round pick in 2021, had one 100-yard game in 19 tries entering Sunday’s game against the Texans. He’s up to 119 midway through the quarter, a lot of which came after David Montgomery left the game with an ankle/knee injury. Herbert set up Chicago on the edge of the red zone by breaking off a 52-yard run, and he was rewarded a few plays later by scoring his second touchdown of the game.

The Commanders defense has zero answer for second-year wideout Devonta Smith. He’s got seven receptions for 156 yards and a touchdown … IN THE FIRST HALF! It’s been ALL Eagles the first 30 minutes.

It’s been ALL Panthers in the first half. Even when the Saints finally sustain a drive and attempt a short field goal, it’s blocked. How about Carolina shutting out New Orleans in the first half? Did not see that coming.

Offseason acquisition A.J. Brown has been great for the Eagles the first two weeks, and it’s been more of the same in the first half against Washington. Three receptions, 60 yards and his first touchdown since arriving in Philadelphia.

Reigning first-team All-Pro Mark Andrews is off to a terrific start in 2022. He’s been awesome in the first half Sunday, catching a pair of touchdowns from Lamar Jackson to give the Ravens a halftime advantage.

Who said Mac Jones can’t move (when necessary). With the pocket collapsing on second-and-goal, the second-year quarterback saw an opening and took it, waltzing into the end zone from three yards out.

The Texans seemed to have gotten a steal in running back Dameon Pierce, a fourth-round rookie out of Florida. After a quiet NFL debut, Pierce rushed for 69 yards last week and already has 66 in Week 3 to go along with his first-career score.

More than 19 minutes into the game, Carson Wentz has completed just two passes. The Eagles defense, meanwhile, has brought down their former quarterback FIVE TIMES. The fifth takedown, courtesy of Brandon Graham, resulted in a fumble that led to Philadelphia’s first score — a 22-yard pitch and catch from Jalen Hurts to Dallas Goedert.

As Tyler Boyd caught a Joe Burrow pass on a routine slant, two Jets defenders ran into each other while the smooth Boyd spun away. From there, Boyd outran the rest of the defense for a 56-yard score. The Bengals offense is finally coming alive in Week 3.

A catch or not a catch?

It was a heck of a grab from Devonta Smith for a 45-yard gain late in the first quarter. But upon further review, it didn’t look like Smith got his left foot down. It didn’t matter, because Commanders coach Ron Rivera threw the challenge flag too late. Luckily, the defense bailed out its coach by holding Philadelphia to a field goal.

One second, Alvin Kamara was trying to find a cut back lane. The next, Marquis Hayes was running free the other way after a beautiful strip from Frankie Luvu. With nothing but green grass in front of him, Hayes rumbled 44 yards for a touchdown to open the scoring.

That’s how many games in a row the loaded Buffalo Bills have scored an opening-drive touchdown. Not a great start for the Dolphins, who gave up a 10-play, 75-yard possession that ended with Josh Allen finding Devin Singletary for the two-yard score.

The Titans moved right down the field for an opening-drive touchdown against the Bills on Monday night — then proceeded to do nothing else in a 41-7 rout. Tennessee is hoping that’s not the case again Sunday after going 12 plays and 75 yards for the score — courtesy of Geoff Swaim.

What a start for the Colts! After a quick three-and-out, Indianapolis got a massive gift when second-round rookie Skyy Moore muffed the punt deep inside Chiefs territory. Three plays later, Kansas City saw itself down a touchdown after Matt Ryan’s one-yard touchdown pass to third-round rookie Jelani Woods.

One of the weirdest streaks in the NFL

If the Dolphins fall to the Bills on Sunday, fans have the perfect excuse. They won’t have to blame the loss on quarterback Tua Tagovailoa, who has been exceptional through two games, and they won’t have to stomach voicing the phrase “but the Bills are the Super Bowl favorites!”

You know why? Because Buffalo quarterback Josh Allen doesn’t have an “o” in his last name. That’s it.

Since the start of the 2021 calendar year, the Dolphins are 0-9 when the opposing starting quarterback doesn’t have an “o” in his last name. Conversely, they’ve won 11 straight against quarterbacks whose last name includes an “o.” This has held true for 20 STRAIGHT GAMES. The last time it didn’t happen was Week 16 of the 2020 season, when Ryan Fitzpatrick’s miraculous completion helped lift the Dolphins over the Raiders and signal-caller Derek Carr.

So there ya have it Dolphins fans; it looks like you’ll be 2-1 heading into Week 4. But don’t fret. With the next three games against the Bengals (Joe Burrow), Jets (potentially still Joe Flacco) and Vikings (Kirk Cousins), the good times should continue to roll in Miami.