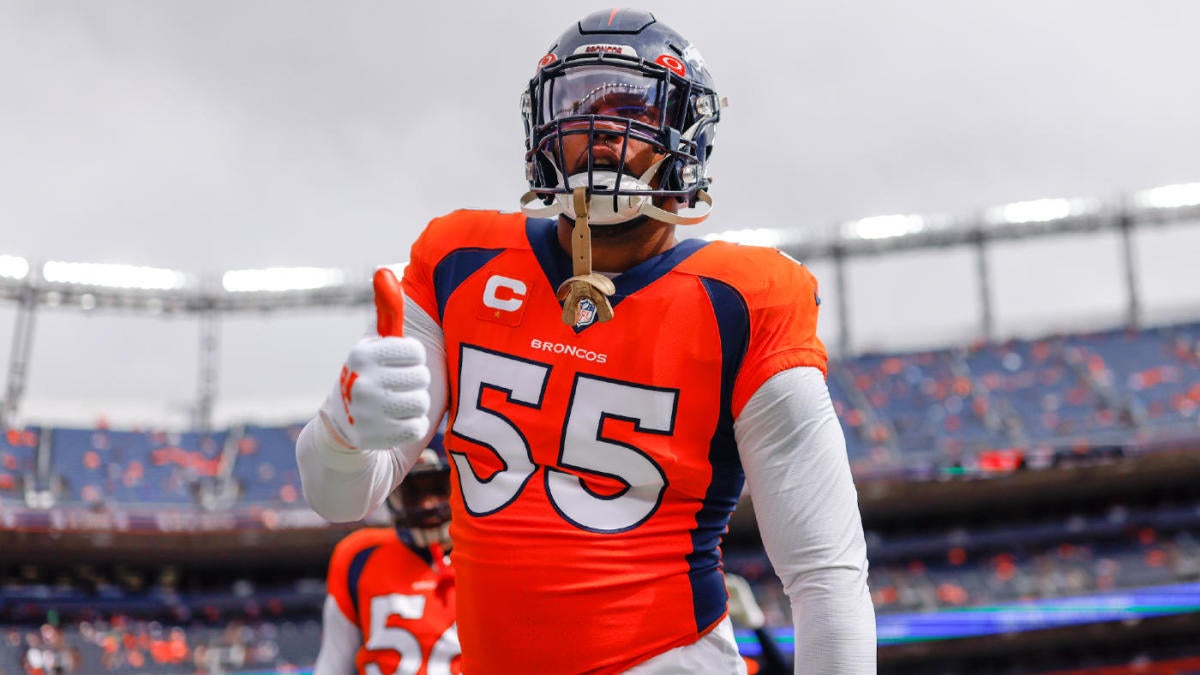 Once an overlooked part of the calendar, the league’s trade deadline has become one of the most important and craziest times of the NFL season. This year’s trade deadline did not disappoint, as a record 12 players were traded on deadline day, the most in the last 30 years.

Which team bettered their odds at winning Super Bowl LVII? Conversely, which teams may have taken themselves out of title contention? We have those answers below with our winners and losers at the deadline.

Miami sent Denver a 2023 first-round pick, its 2024 fourth-round pick and running back Chase Edmonds. The Broncos added in a 2025 fifth-round pick as part of the deal that sent Chubb to South Beach. With the acquisition of Chubb, the Dolphins have a player who already has 5.5 sacks and two forced fumbles this season. Chubb’s addition to an already talented defense — opposite an offense that has taken big strides — should be enough to end Miami’s six-year playoff drought.

With Edmonds gone, the Dolphins acquired 49ers running back Jeff Wilson in exchange for a 2023 fifth-round pick just before the deadline. The move reunites Wilson with fellow former 49ers running back Raheem Mostert, who is on pace for his best season to date, as well as head coach Mike McDaniel, who was the offensive coordinator for Wilson and Mostert in San Francisco. The Dolphins were aggressive, and it has a good chance of paying off.

The Packers were clearly missing an impact wide receiver, and with the trade deadline over, that hasn’t changed. As CBS Sports NFL Insider Josina Anderson reported, the Packers were potentially going to offer the best deal for Chase Claypool, giving Aaron Rodgers much-needed help at receiver. Instead, the Bears swooped in and got Claypool, as the Packers failed to get him or any other receiver who reportedly was on the trading block. Rodgers will continue to have to make do with a receiving corps that has struggled to fill Davante Adams’ shoes.

The Vikings were able to acquire a talented tight end — T.J. Hockenson — from a division rival. A former No. 8 overall pick, no less. And they did so without breaking the bank, sending future second and third-round picks to Detroit while also receiving a future fourth-round picks (including a 2024 conditional pick) as part of the deal.

By acquiring Hockenson, the Vikings reinforced their status as one of the NFC’s upper echelon teams and a legitimate contender to represent the conference in the Super Bowl. Hockenson brings another element to a Vikings offense that also features Justin Jefferson, Adam Thielen, Dalvin Cook and Kirk Cousins.

The Giants made several calls but ultimately stood pat at the deadline. New York’s lack of moves was surely a disappointment for Giants fans given the team’s surprising 6-2 start. Giants fans may not be blue for long, however, as GM Joe Schoen said after the deadline that he would consider bringing Odell Beckham Jr. back after New York was unable to trade for a receiver at the deadline.

Just watch the 49ers’ blowout victory over the Rams this past Sunday if you want to grade the team’s trade acquisition of Christian McCaffrey. The former Panthers All-Pro running back became the fourth player since the 1970 merger to throw, catch and run for touchdowns in the same game.

The addition of McCaffrey — which actually happened more than a week ago but technically came at the deadline — puts the 49ers in position to eventually win the NFC West over competitors Los Angeles, Arizona and Seattle. The fact that the 49ers didn’t need to give up a first-round pick for McCaffrey is another feather in GM John Lynch’s cap.

The fact that the Cowboys did not make a trade at the deadline would suggest that Jones and Co. have faith that Michael Gallup will have a better second half of the season as he continues to work his way back from ACL surgery.

Credit the Bears getting value for two players — Roquan Smith and Robert Quinn — that everyone knew no longer were part of the Bears’ future. But the fact that it came down to that is not a good thing for the Bears, who parted ways with one of the NFL’s best inside linebackers and a pass rusher that was coming off of an 18.5 sack season in a matter of days.

The Bears used the second-round pick that they received in the Smith trade to acquire Chase Claypool, a talented yet underperforming player during his two-plus years with the Steelers. The fact that the Bears reportedly kept the rival Packers from acquiring Claypool makes Chicago a deadline winner.

The Rams were edged out by the 49ers in the race to land Christian McCaffrey. Los Angeles ultimately didn’t do anything at the deadline, which means that the Rams will have to rely on their current roster to get themselves out of the hole they’re in. Los Angeles, 3-4 following last Sunday’s loss, is in need of several positional upgrades, including on the offensive line, receiver and running back.

Speaking of running back, the Rams were unable to deal Cam Akers before the deadline — a missed opportunity, as it appears Akers’ working relationship with the team appears to be over.

Baltimore is taking advantage of their moment to pull away in the AFC North while gaining ground on conference powerhouses Buffalo and Kansas City. The Ravens acquired a prolific tackler in Roquan Smith while getting the Bears to continue to pay for most of his $5.408 million salary (Baltimore is on the hook for just $575,000 of Smith’s 2022 salary).

The Ravens are getting a 25-year-old linebacker who is smack dab in the middle of his prime. Smith already has 83 tackles, 2.5 sacks and two interceptions this season.

Chidobe Awuzie’s injury suffered Monday night should have compelled the Bengals to try to trade for a cornerback at the deadline. Not only did Cincinnati did not address their new need, they also failed to address two other needs that were exploited during Monday night’s blowout loss in Cleveland.

With Ja’Marr Chase out for at least the next several games, the Bengals should have tried to acquire another playmaker on offense, either a veteran receiver or a versatile running back. Cincinnati could have also used an upgrade on the offensive line after Joe Burrow was sacked five times by the Browns’ defense.

The Eagles’ recent acquisition of Robert Quinn reinforced the fact that Philadelphia is going all in after its 7-0 start. While he didn’t get a sack in his Eagles debut, Quinn was part of a defense that tormented Steelers rookie quarterback Kenny Pickett while holding Pittsburgh to just 13 points. Along with his tangible skills, Quinn adds leadership to a young and talented Eagles defense.

Denver wasn’t able to swing trades for Jerry Jeudy or K.J. Hamler despite reported interest in both players. The Broncos also missed an opportunity to add depth at quarterback behind Russell Wilson. Pittsburgh quarterbacks Mitch Trubisky and Mason Rudolph would have made sense for the Broncos.