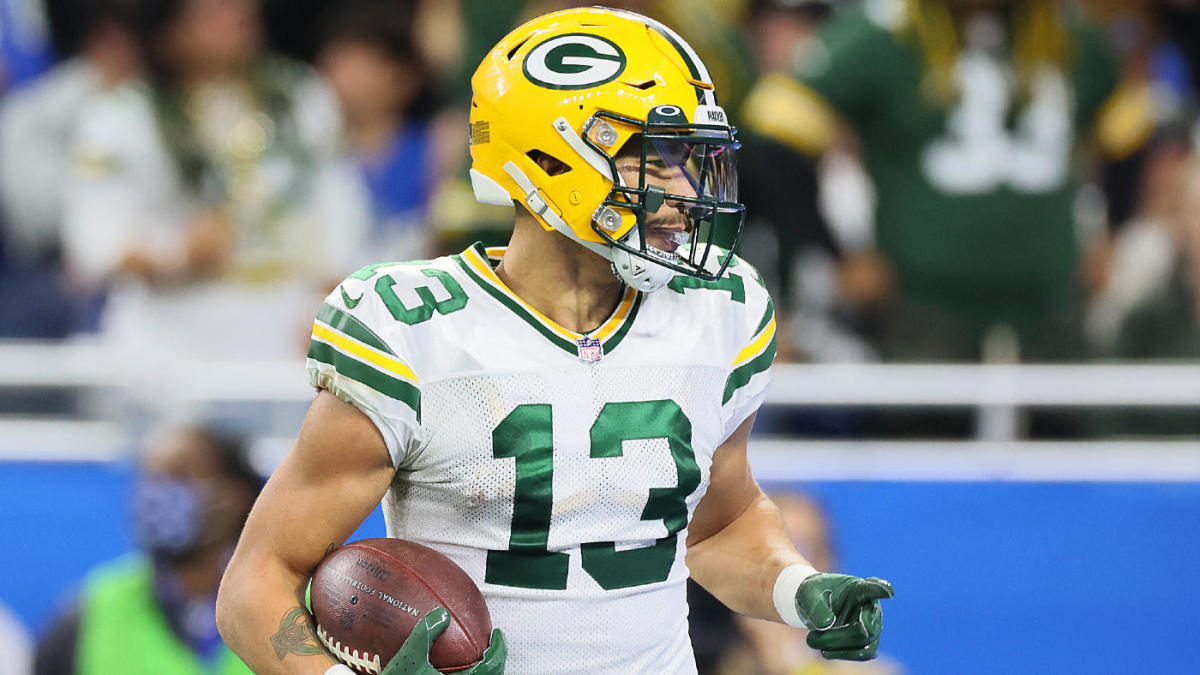 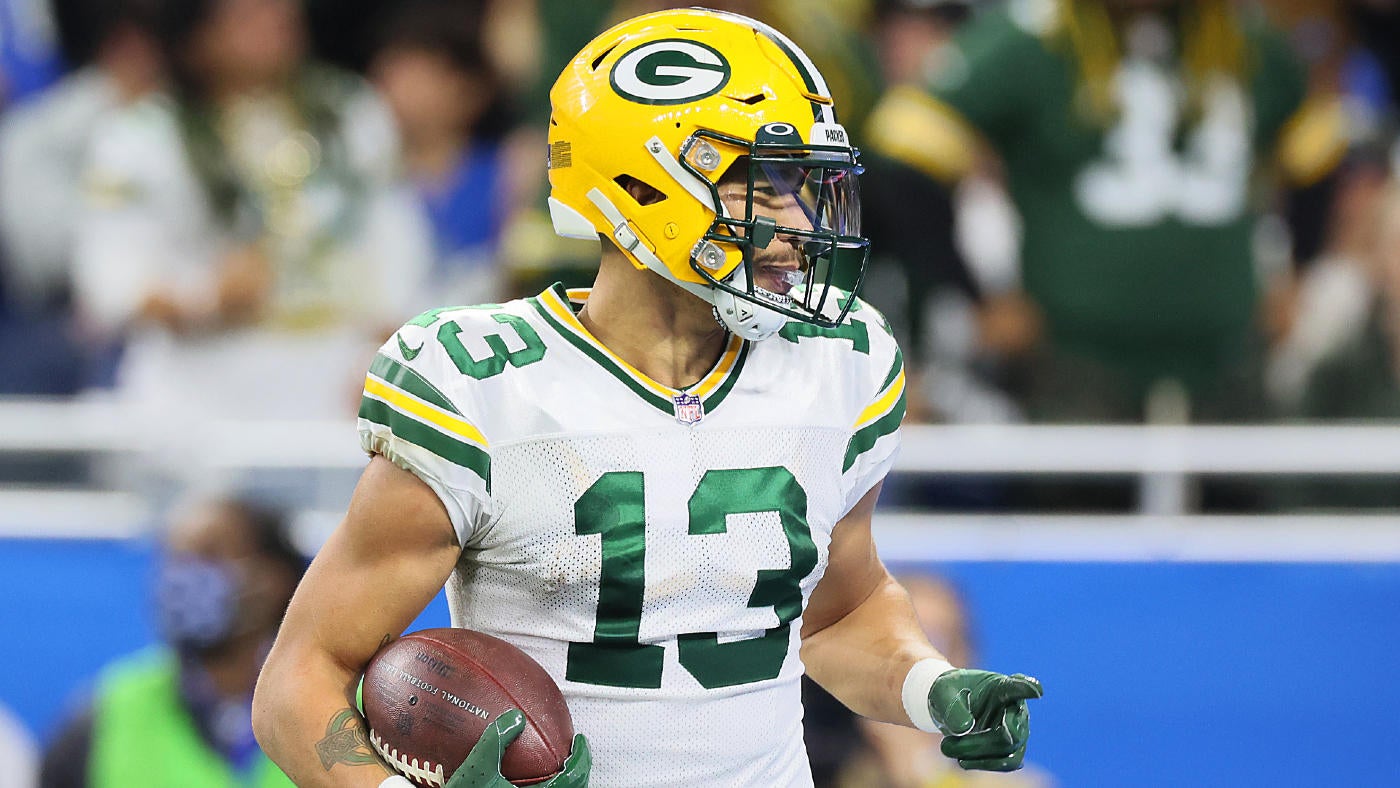 Week 1 is finally here! With the NFL opener now just days away, that also brings with it a new year of injury reports. Most teams throughout the league will release their first official injury reports of the season on Wednesday as they gear up for the first NFL Sunday of 2022, and we’ll get to gauge where various hobbled players stand to begin the week.

On top of that, we’ll also see the final injury report and game statuses for the Bills and Rams before Thursday’s opener. Below, you’ll be able to see who’s in and who’s out in the Week 1 opener as well as a breakdown of the initial injury reports for every other club, minus the Broncos and Seahawks who will release their first reports later in the week leading into “Monday Night Football.”

The Rams will be without one of their top receivers for Thursday night’s season-opener. With Jefferson out, look for Matthew Stafford to lean more to Cooper Kupp, newcomer Allen Robinson II, second-year wideout TuTu Atwell and tight ends Tyler Higbee and Brycen Hopkins.

Doyle and Morris were both listed as limited on Wednesday (which was essentially walk through practices for both teams) after not practicing earlier in the week.

Tackle Landon Young (hip) and receiver Tre’Quan Smith (groin) were among the five Saints players who did not practice Wednesday. The big news out of Saints practice was Michael Thomas practicing on a limited basis. Thomas missed most of last season with an ankle injury and has recently been dealing with a hamstring injury.

Falcons rookie wideout Drake London was limited as he continues to work through a knee injury. Atlanta coach Arthur Smith said that London’s progression for the remainder of the week will determine whether or not he will make his regular season debut on Monday.

49ers head coach Kyle Shanahan told reporters Wednesday that tight end George Kittle will not practice due to a groin issues and added that they’ll “have to see day by day.” Offensive lineman Daniel Brunskill (hamstring) also isn’t expected to practice, per Shanahan.

Receiver Velus Jones Jr. (hamstring) was the only Bears player that did not practice Wednesday. The only other Chicago player on the injury report was defensive lineman Dominique Robinson, who is dealing with a knee injury.

Tight end Devin Asiasi was the only Bengals player who did not practice Wednesday. Fellow tight end Mitchell Wilcox (ankle) was limited, while Drew Sample, another member of Cincinnati’s tight ends room, was a full-go despite dealing with a knee injury.

For the Lions, kicker Austin Seibert (right groin), center Frank Ragnow (groin) and linebacker Julian Okwara (hamstring) were among the five players who were limited Wednesday.

The Patriots saw the return of running back Ty Montgomery and offensive tackle Isaiah Wynn on Wednesday after both missed time in the closing days of the preseason.

Miami had a whopping 11 players who were limited, including running backs Chase Edmonds (groin), Myles Gaskin (neck) and receiver Jaylen Waddle (quad). Waddle is on track to face the Patriots after sitting out the entire preseason.

J.K. Dobbins was limited on Wednesday as the third-year back is still working his way back after missing all of last year with his knee injury. Ravens coach John Harbaugh said on Wednesday that he will continue to leave a light on for Dobbins as it relates to him possible playing on Sunday. Other Ravens injury news included lineman Ronnie Stanley (ankle) and cornerback Marcus Peters (knee) being limited at practice.

The big news out of New York is that Joe Flacco will get the start at quarterback in place of second-year signal-caller Zach Wilson. Head coach Robert Saleh initially kept the door open for Wilson to play in the opener after suffering a torn meniscus and a bone bruise in his knee in the preseason. However, Saleh now says that Wilson will likely be out until Week 4. That thrusts the 37-year-old Flacco into the starting role and will face a Ravens team that he spent the first decade of his career with and helped win Super Bowl XLVII.

Jacksonville had perfect attendance during practice, but the team did list defensive lineman Folorunso Fatukasi (calf) as limited.

The Commanders were without safety Kam Curl (thumb) during the first practice of the week, while tight ends Logan Thomas (knee) and Cole Turner (hamstring) and wideout Cam Sims (concussion) were limited. Head coach Ron Rivera also provided an update on rookie running back Brian Robinson, who was shot in the knee and glute while resisting a robbery. Rivera noted that the swelling in Robinson’s knee has gone down “an awful lot” and that he’s off crutches.

Carolina kicker Eddy Pineiro (left hip) was a full participant in practice and Matt Rhule noted he did kick on Wednesday. While this is a promising sign for his status for Sunday, Rhule added that the team may still sign a practice squad kicker as an emergency option. Meanwhile, tight end/fullback Giovanni Ricci (hip) was listed as limited.

The only Colts player who was limited Wednesday was tackle Dennis Kelly, who is dealing with a knee injury. Indianapolis linebacker Shaquille Leonard was a full participant as he continues to work his way back from a back injury.

Houston also had a small injury report. Defensive linemen Rasheem Green and Mario Addison were both limited with thigh injuries.

In Tennessee, the Titans were without defensive backs Lonnie Johnson and Elijah Molden with groin injuries. Linebacker Chance Campbell (knee) and offensive lineman Jamarco Jones (triceps) were both limited.

Packers head coach Matt LaFleur told reporters Wednesday that wide receiver Allen Lazard would not practice after he “got stepped on last week.” Given that Lazard is slated to be Green Bay’s WR1 to begin the season in the wake of Davante Adams being traded this offseason, his potential absence could leave an even bigger hole in the Packers’ passing game.

Jonathan Bullard was the only Vikings player listed on Wednesday’s injury report, as the defensive lineman was limited with a biceps injury.

J.J. Watt (calf), Trayvon Mullen Jr. (toe) and Markus Golden (toe) were held out of Wednesday’s practice. Tight end Zach Ertz (calf) was a limited participant, as he and Watt are currently being considered as day to day.

J.C. Jackson did not practice as he continues to deal with an ankle injury. The Chargers’ big free agent acquisition is not expected to be on the field for Sunday’s AFC West showdown. The Raiders did not report any injuries.

The Buccaneers had seven players listed on the opening injury report, including wide receiver Chris Godwin (knee) who was a full participant on Wednesday. Fellow wideout Julio Jones did not practice, but it was not injury related, per the team. Cornerback Zyon McCollum was held out of the session due to a hamstring injury. Elsewhere, running back Giovani Bernard (ankle), receiver Russell Gage (hamstring), safety Logan Ryan (hamstring) and offensive tackle Tristan Wirfs (abdomen) were all limited.

In Dallas, Michael Gallup (knee) practiced on a limited basis as did cornerback Jourdan Lewis (hamstring). Everyone else was a full participant.