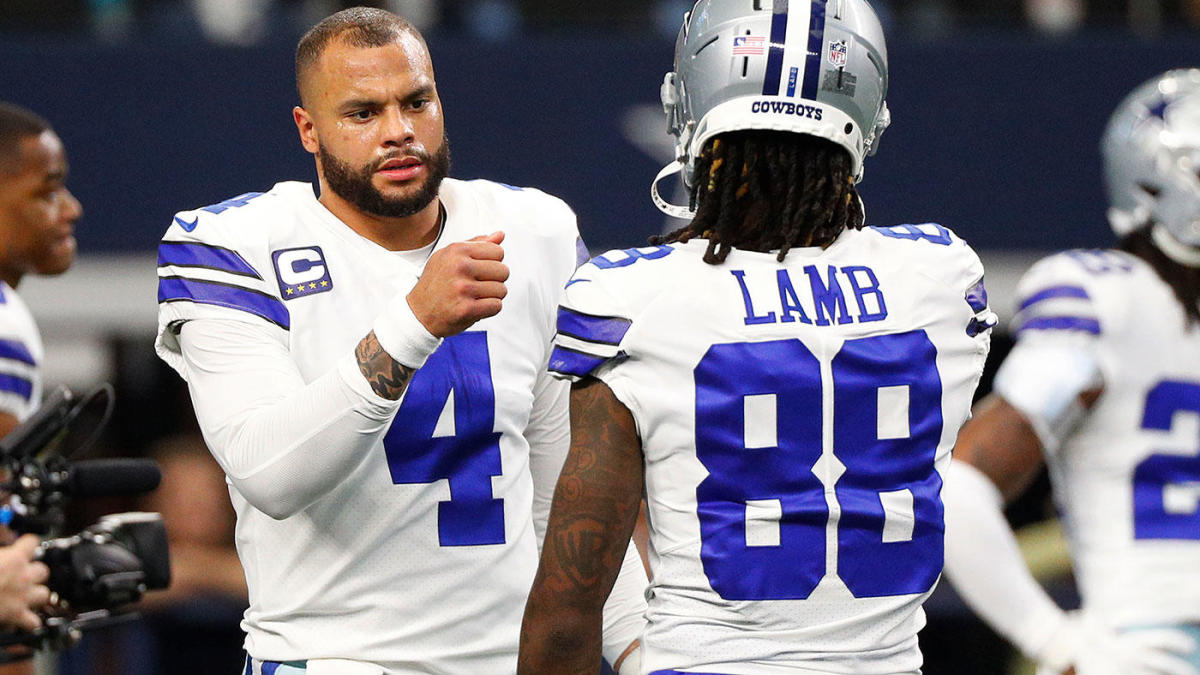 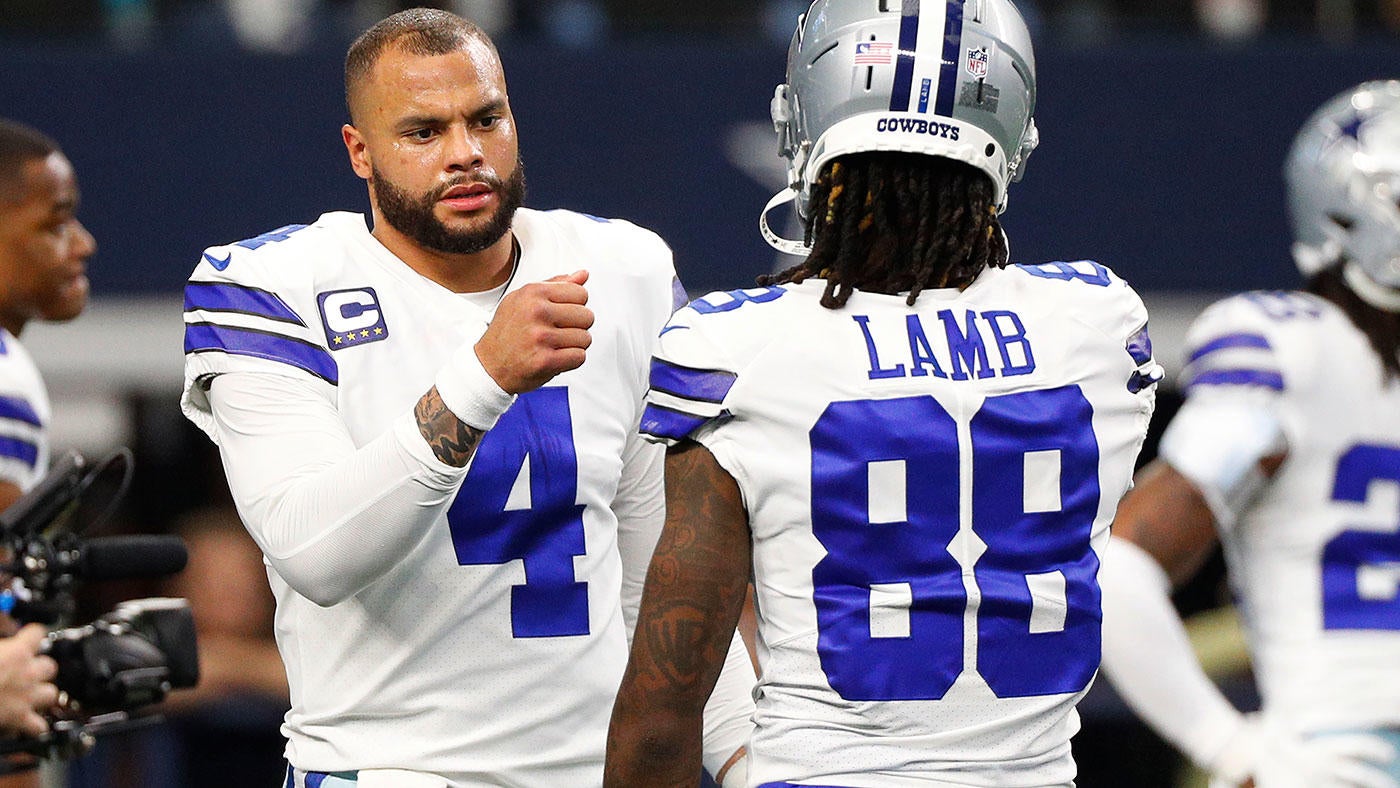 A large part of what makes Week 1 so exciting — aside from the simple fact that football is back — is the unknown. How will offseason additions fit in? Which players and teams will surprise? We just don’t know what to expect. Still, we can look at some past trends to take our best guess.

Let’s break down two of the most anticipated games this week. The numbers present two fascinating matchups.

When the Packers have the ball…

Gone are Davante Adams and his 169 targets from last season. In is… well, we’re not quite sure. Sammy Watkins? Christian Watson? Romeo Doubs? Those three offseason additions, along with holdovers Allen Lazard and Randall Cobb, are expected to be Aaron Rodgers’ top wide receivers.

Rodgers indicated last month that he wants both of his top running backs — Aaron Jones and A.J. Dillon — on the field at the same time. Last season, Green Bay ran just 29 plays with multiple running backs on the field, 23rd in the NFL. Nearly a quarter of those (seven) came in one game: Jan. 2, 2022 against… the Vikings. In that game, Jones had 106 yards from scrimmage, and Dillon had 83 yards from scrimmage and two scores.

That’s something to keep an eye on. Jones hauled in 52 receptions last year, tied for sixth-most among running backs, and his six receiving touchdowns were second behind only Austin Ekeler. Dillon, meanwhile, caught 34 of his 37 targets; his 92 percent reception rate was second in the NFL behind only James Conner.

It’s hard to know exactly what this Green Bay offense will look like, but we know one thing: Rodgers has absolutely dominated in-division games recently. Over the last two seasons, Rodgers has thrown a mind-blowing 38 touchdowns and ZERO interceptions against NFC North opponents.

When the Vikings have the ball…

The Vikings also have a new look, but for a different reason: They still have their dominant wide receiver (Justin Jefferson), but they have a new coach in Kevin O’Connell, a product of the Sean McVay coaching tree.

One major staple of McVay’s offense is play-action. Last year, the Rams averaged 8.9 yards per play off play-action, second only behind the 49ers. This should fit Kirk Cousins’ biggest strength perfectly.

The Vikings actually used play-action relatively often last season. What should change this year is how they line up when they do it: The Rams ran “11” personnel (one running back, one tight end) on an NFL-high 882 plays last year. The Vikings, meanwhile, used that personnel on just 458 plays, 28th in the NFL. This could be a big boost for Minnesota’s two top offensive weapons.

Basically, Cook is outstanding in 11 personnel, and Jefferson gets more involved in 11 personnel. The Vikings are going to use a lot more 11 personnel this year. That sounds like a strong starting point.

When the Cowboys have the ball…

The group won’t be able to ease into things. The Buccaneers blitzed on over 36 percent of opponent dropbacks last season, the second-highest rate in the NFL only behind the Dolphins. And when they blitz, they do it well: Their 45 percent pressure rate on blitzes ranked seventh.

The good news for the Cowboys is that Prescott threw an NFL-best 23 passing touchdowns against the blitz last season, with three coming against the Buccaneers in Week 1. That included this absolute beauty to CeeDee Lamb just before getting hit:

The offensive line isn’t the only retooled aspect of the Cowboys’ attack: With Amari Cooper in Cleveland and Michael Gallup not quite back from his torn ACL, Lamb will have to shoulder a big part of the Cowboys’ passing attack. Dallas will have to hope he can produce more plays similar to the one above.

When the Buccaneers have the ball…

Bruce Arians may no longer be the Buccaneers’ head coach, but his “No Risk It, No Biscuit” deep-passing offense won’t go anywhere with offensive coordinator Byron Leftwich still in Tampa. And that could pose issues for the Cowboys: in this matchup in Week 1 last season, Tom Brady went 6-for-12 for 165 yards on throws at least 15 yards downfield with one touchdown and one interception (the interception came on a Hail Mary to end the first half). Those 165 yards on throws at least 15 yards downfield were Brady’s second-most in any game last year.

Who Brady throws those passes too now is a big question. Five of the six aforementioned completions went to Rob Gronkowski, who retired, or Antonio Brown, who… well, did whatever Antonio Brown did. The other one went to Chris Godwin, who is a game-time decision. Brady historically has been buoyed by having Gronkowski — a terrific vertical threat at tight end — in the middle of the field, which then opens things up on the outside. That won’t be the case this year.

Brady led the league with 2,959 passing yards on throws between the numbers last season — nearly 300 more than second-place Patrick Mahomes. It’s an area he could look to exploit against Dallas. The Cowboys allowed 11.7 yards per completion on throws between the numbers last year, the fourth-worst mark in the NFL. Ultimately, there are a pair of questions that will be key in this matchup: Can anyone replace Gronkowski as Brady’s favorite deep middle threat? And can the Cowboys stop that area?